Need help on this trend contract

Perhaps you need to use the default bus stop start location? He only spawns that way in the normal mission as well.

I did it. Starting from bus stop and looking to Agent Price in the forest because he is here in the main mission.
But in this contract there is nobody near the bus stop or in the forest and the target is not on the map.

Huh, that’s pretty strange. Well then I don’t know how this is supposed to be done. If the contract creator is here at this forum, then maybe they can help you.

The [steam] prefix of the name indicates the contract was made with modding, possibly with my HCCE tool. Very possible the contract is undoable as Price should not spawn in contract mode.

Many Thks Urben, no time to spend on this contract.

Report it so it gets removed. Fuck those stupid contracts.

Are those reported contracts actually getting removed?

UPD: okay, I’ll try to tag someone inside for maybe get the answer to this @Travis_IOI @Clemens_IOI

Probably not. But it’s worth a shot so other people can avoid a seemingly unbeatable contract.

I made a “Trending” contract that only had 2 people (including myself) playing it. But that’s because we were both speedrunning the shit out of it and competing for #1 so it got hundreds of plays within a short amount if time.

Go to the leaderboards, if no one has completed it despite it being on trending, then presumably it’s impossible to complete 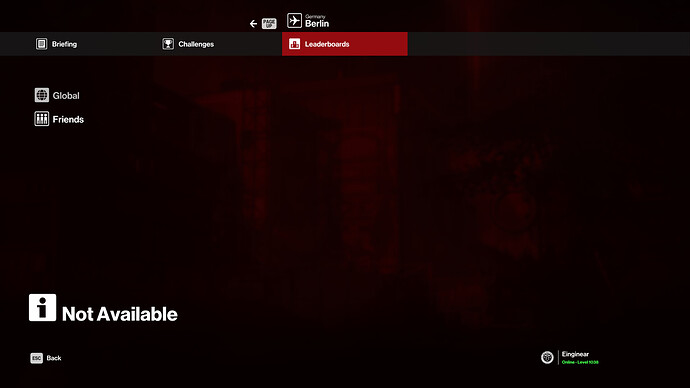 Nobody in the leader board so my question is what are the criteria for a contract to appear as trending ?

Probably just the number of mission starts, even if just by a few players.

In this case the algo is not the right one. Trendind contracts should be contracts that are carried out/ finished but not just opened .