Just noticed No new Sniper Assassin Missions ?
Only ones from Hitman 2.

Are more coming ?
I thought we’d at least get 1 new Sniper map.

No, the mode has been scrapped

And for good, imo

I got some enjoyment out of them. Co-op had some great moments.

I’d rather have more normal missions though.

Oh great… one of the more enjoyable modes, scrapped. I think that’s lazy of the developers. Was it really that unpopular?

I liked the mode but it was frustrating. Some of the challenges would require you to sit there for 10-14 minutes just to take one shot, potentially miss (or mis-time it by a second) and have to start all over. No saving made it really trying.

They corrected that for Hantu Port and Siberia didn’t they? There was nothing as infuriating as Himmelstein’s “A Waltz with Death” challenge (that I remember anyway).

I enjoyed the mode but I really felt like I’d gotten everything I could ever possibly get from it after grinding 47, Knight and Stone all to the maximum mastery level on each location. I even did it in the standalone preorder launcher too as it hadn’t been confirmed that the progression wouldn’t carryover at that point.

It was still in there for Hantu Port at least. I think Siberia was a little better for it, but there’s still at least one challenge I never bothered to get on each of them just because of how frustrating it was to miss one shot and have to start completely from scratch.

Square Enix is making Hitman Sniper: the Shadows, a new mobile game supposed to come out later this year that continues the idea of Sniper Assassin and the previous Hitman Sniper mobile game. It’s still a free to play mobile game so I’m managing expectations but hopefully it’s a decent time.

I think that’s lazy of the developers.

Not really lazy. The way the gamemode worked was confusing to understand at first compared to normal maps (body found, distractions, etc) the way mastery worked with it also have a huge impact on the overall opinions on it by the community.

In Siberia, I have one challenge left to do (the one where everyone dies by accident I think). I’ve done ever other challenge and played through that level probably 40 times? I am currently at mastery level 9 in Siberia. Now maybe I needed to play for more points. Maybe I needed to focus more on “SA” instead of just offing the targets, but have that much time into that level and having completed all but one of the challenges, and to still be less than half way to full mastery? That’s a problem. The sniper missions are flat out too “grind-y” to be fun once you’ve done it a few times.

If you ever do feel in the market for taking on that last challenge (Hold Your Fire) in Siberia, I found this walkthrough video a really good guide to getting it done, much easier to follow than Freeze or any other established Hitman content creator’s offering for this particular challenge. 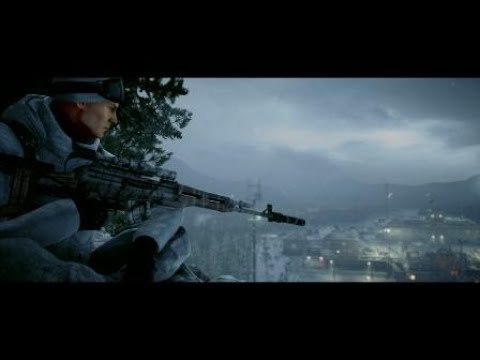 Totally agree with you about the excessive grind of the mode though, it’s grim to knock out all those challenges and only be halfway through the Mastery progression, with the prospect of another 20+ flawless SA runs to repeat ad nauseam until you finally unlock the Arctic sniper rifle. A rare bit of genuinely bad game design from IOI on that front.

Find someone to play with in multiplayer would be the easiest way to mark off that final all accidents challenge. On PS4 at least, anything one player does that counts towards a challenge also counts for the other player too.

My first few rounds in Hantu Port were in multiplayer and one guy marked a whole bunch of challenges off for me in the few rounds we played together.

I always liked the Sniper Assassin maps and I was really hoping IOI were going to do more for Hitman 3.

Oh well, at least we’ve still got 3 maps to play on.

My guess is that IOI will focus bonus content to beta test new ideas that could be ported into Project 007 or some other future IP.

Sniper maps are pretty restrictive for the creative talent at IOI.

There is only so many variations of a sniper map that they can create, and it really doesn’t give IOI much in return in terms of valuable learning opportunities.