WoA-style discussion thread for Flatline from Hitman: Blood Money. Post your experiences, takes and things you discovered about this mission here. 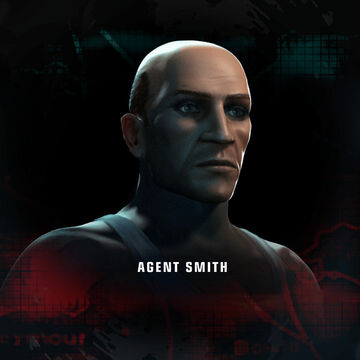 Briefing: It’s good to have you back, 47. I’m glad to hear you’re fully recovered. Your next assignment’s in Northern California.

Three mobsters have been checked into a rehab clinic for alcoholics. One of them plans to turn state’s witness as soon as he’s discharged. Our client wants to avoid that but we don’t know which of the three is the target. An undercover agent placed at the clinic to find out hasn’t been heard from in a few days. The clinic will only discharge patients if they’re sober or dead.

The agent who’s in there is apparently being kept drunk for unknown reasons, so you’ll have to kill him to get him out - but we need him alive. We’re giving you an experimental serum that’ll give him the appearance of being dead, along with the antidote to bring him back once you’re out. Something’s very wrong at this clinic, 47. Keep your eyes open.

Actually one of my favourite Blood Money missions but I know I’m alone on this.

It’s one of Kotti’s favorites aside from the Smith cutscene.

There’s a bunch of broken and unused stuff here. Big one being the medical tunnel and it’s unkillable orderly. The elevator itself is non-interactive until you get inside. Also using the stun gun that appears in this mission solely in another, the end mission newspaper will just show Unknown Error in Line 5. The same happens for a select few other weapons.