Why this room in Paris has red camera grids? Every other camera on the location (and probably in the whole Trilogy) has green grid. These cameras are there only during The Broker ET. 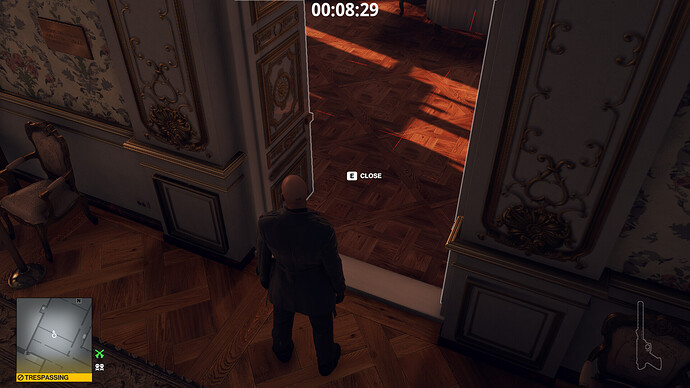 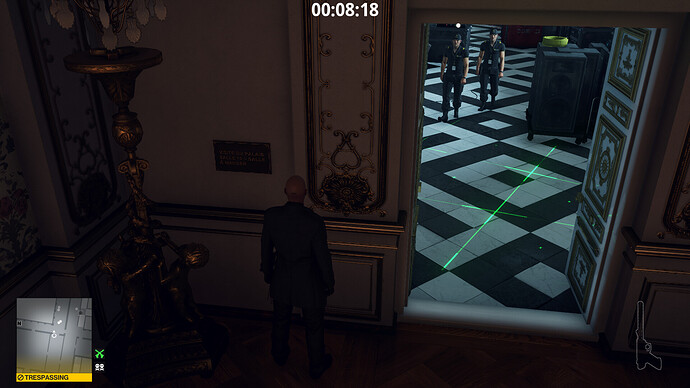 Probably so that people can’t use it to so easily sneak past that room and get upstairs to the attic like in the main game. Not without disabling security. It caught me off guard, too, forcing me to figure out another way.

Does that camera with the red grid move? Or is it completely stationary!?

It moves, slightly. The problem is, there are 4 in that room and all overlap, so you have to time it just right and be really quick in order to avoid them. Best to either avoid the room altogether, or disable security before going in there.

i’m pretty sure there are yellow camera grids too. its not really a big deal though, probably just some developer oversight.

It’s not the color that’s the issue, it’s that that room doesn’t normally have cameras at all. The grids are green like all others, and then turn yellow if you’re caught on camera but before anyone on the other side of the security screen “sees” you, and then turns red once you’re completely busted. The colors in that room change in accordance to that like all others, but they’re in that room inexplicably for this ET, so either they got some of the coding mixed up with an escalation by mistake, or they put them there so people could not sneak around so easily by using that room.

the grids in chongqing are yellow. the grids being red in paris is the only interesting thing about this, plenty of ETs introduce slight level design variations with cameras and npcs.