i am disabled girl from Europe, i have very serious neurological illness that includes severe clinical depression, severe anxiety and panic attack. im so upset and shaking so much so i apologize for any writing mistakes. i hope u will help me, if its better to post on forum please tell me.

i read all 3 hitmans will be madly expensive for me, and after 26th we wont bbe able to buy standalone h1 or h2.

Hitman 2 GOLD is not on sale now, i was so dumb not to get it before!

But base game H2 is on sale now for 9usd, i can buy it even today if u say that would be good

I read abou something to chose what u wanna buy on steam, but im on ps4. will that be avaliable for us ps4 players too or i will have to repay everything?

can you please somehow help me?

With the new destribution model, I guess the game will be cheaper.
Because now we have to pay 60+60+60=180 of average price.
With a new model you’ll get the complete game possible for only $100.
This is for new players.

For those who already have something, it will be just a free update which will transform HITMAN 3 into HITMAN World of Assassination.
This affects all players on all the platforms.
Only difference is if you already have two previous games, they will remain as they are and will work just the same way they work now, but new players couldn’t get the standalone HITMAN 2016 and HITMAN 2 games. They will have only HITMAN World of Assassination which will contain all the games under one roof and on HITMAN 3 engine let’s put it this way.
That means from 26th of January everybody will have access to the latest changes, improvements, tweaks and so on which were introduced with HITMAN 3.

As for your bolded question, you will be able to purchase everything you don’t have, from within the in-game store, for a reduced prices.
More details available here, have a read: 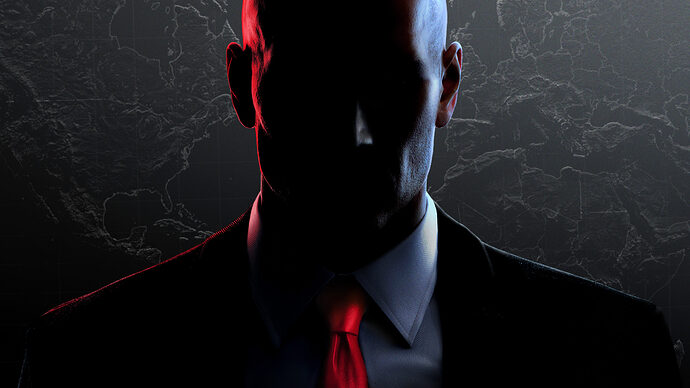 so do you think it would be useful to get h2 base game today? i mean, bc its already on sale?

I would’ve bought it after transformation is completed

but, after 26th i wont be able to buy only h2 anyway? i mean, they said they r cutting it from psn store.

also, im quite poor and i made agreement to never spent over 20usd on 1 game (i can spend 30usd per moth max) and h2 now is 9usd. i have 15usd in wallet

and i dont even know is it worth getting anything bc ioi will prob shud down servers soon, dont u think so?

The upcoming World of Assassination game will cost 70$ without sales. You can be very much be lucky and get it on sale for half the price some day.

But let me point out that counting H2 and World of Assassination both as “one game” is not working so well as the latter is containing the H2 stuff and the content of two other games.

bc ioi will prob shud down servers soon, dont u think so?

I guess that is highly unlikely to happen “soon”.

It’s cheaper to wait. Unless that H2 Expansion Pass drops in price.

You can be very much be lucky and get it on sale for half the price some day.

but, after 26th i wont be able to buy only h2 anyway? i mean, they said they r cutting it from psn store

After changes is done, you will be able to buy everything within or for HITMAN World of Assassination.
That means there will be no more HITMAN 2016 or HITMAN 2.
There will be only 2 editions of HITMAN World of Assassination and depending on what you own, you’ll be able to buy missing content for a reduced price.
I suppose it will be much easier and cheaper

and i dont even know is it worth getting anything bc ioi will prob shud down servers soon, dont u think so?

Soon doesn’t mean it will be tomorrow.
If they making those changes, and considering that HITMAN 3 is only 2 years old, I wouldn’t have expected servers shutdown at least for nearest 5-6 years.
Personally I expect even more, like 10+ years

so if i get today base h2 game (last day of sale) i wont have dlc )i mean i only care about new york and heaven island, not cosmetic stuff and unlocks), i wont be able to get that what i will be missing later on?

so if i get h2 today, im loosing chance to play new york and island forever, there wont be any way to get it?

like i said made agreement to never spent over 20usd on 1 game (i can spend 30usd per moth max) and h2 now is 9usd. i have 15usd in wallet so thats why this new is so bad FOR ME, i guess people dont understand what means being poor and sick (wheelchair boud, with father duying in come since new years eve and sik mother_ breast cancer). u know when peole must donate u food and money for meds so u can survive.

And yes, question is whz do u play games if ur so poor? well bc im higly suicidal and games and books (im getting them for free) are ONLY thing keeping me in this disgusting life.

If I understood correctly from the information they have given, if you have let’s say like in your case basic H2 game, you will be able to buy missing parts for it (like New York & Haven locations) and others, for a reduced price.
I can’t tell you the exact price, as they say it will depend on what you have and what you don’t have.
You can buy the base H2 game now for $9 and then get H2 Expansion Pass (or whatever it corretly called) for $10 to complete the set and get the full H2 game.
But if I understand correctly, from 26th of January, you will be able to buy H2 game for $10, though it’s not clear.
So If you get H2 base game now for $9, then you’ll be able to get missing New York and Haven + 2 Sniper maps + 6 Escalations for HITMAN 3 + Deadly Sins Pack for $10. So you’ll pay $19 in total.
But if you get H2 game after 26th, I assume you’ll pay $10 or even less for basic H2 game + $10 for New York & Haven and other stuff mentioned above.
This way you’ll pay $20 in total, I think even less.
So it’s basically doesn’t matter if you buy H2 now on sale or after the changes.
You’ll overpay just $1. But as I said above, I expect even less in your case, because you already have HITMAN 2016 game.
But I didn’t understand from your messages above, do you own HITMAN 3 or not?
Can you list what things you do own? Only HITMAN 2016 game, right? Or something else?

I mean, i wont die or anything lol if i never get a chancce to play ny map or island map (i dont really care for ny, im not fan or bank heissts and indor maps) but, as every huge fan , i would like to have a opportunity to get them,

In this case, I think, it’s the best way to do.
So go ahead then and get H2 on discount.

I just thought you have H3 and worried if you’ll be able to get previous games.
But now it’s clear and think the case is closed.
Just get H2 and enjoy it.
And don’t forget to return here with any questions and to just chat with fellow-hitmans

thank u very much ur very kind and helpful guy

world and world of assasination hahaha needs more people like u!

you might as well buy H2 expansion too if you’re buying H2, secondly because the supposed free upgrade to H1/H2 ownership after january 26 is only for H2 standard not expansion.

I understand your financial situation. My point was, if you’re patient and willing to wait (since you just got H1 so you’re gonna be playing that for a minute) you could probably get a better deal for everything down the line.

Buying H2 now works too. It’s whatever works for you.