Pokémon Teams of the Hitman Series

Inspiration struck and I thought I’d try my hand at the topic creation game!

First, I don’t know if this has been before or if there’s much overlap between Hitman fans and Pokémon fans, but… With Brilliant Diamond and Shining Pearl recently released and Legends: Arceus right around the corner, I got to thinking. What Pokémon would various characters of the Hitman universe use if they had access to Pokémon?

EDIT: If the thread takes off, hopefully we can have a lively debate over the “accuracy” of suggested teams (or if Pokémon even belongs in the HMF at all) so try to elaborate and defend your choices. They don’t have to be good reasons necessarily but try to justify your thought process.

Also, this can include any character, major or minor, from any game in the series so go nuts.

DISCLAIMER: I’m not sure which category this belongs in. It seems like it could also fit in Other Video Games, Hitman General or even Creative Corner but I put it here. Maybe a Herald could help direct it to the appropriate destination?

I think 47 would at least have Kecleon, Smeargle and Ditto, and other non-descript, jack-of-all-trades types. He might also top it all off with Mew, for that little bit flair he can’t quite help and because Mew can learn everything; Mew is actually kind of 47 in Pokémon form.

Diana I think would have an Umbreon.

Interesting. Tell me more, though. Just Umbreon? Or, a whole team of them? A combination of the Eeveelutions?

I think Arthur Edwards would have a Greninja, Shedinja (to represent the stealthy nature of himself and Providence and the infallibility of invisibility) and Marshadow (to represent the “passing of the torch between him and Janus).

If she were to have just one, the Umbreon just strikes me as the one that would mostly to her taste. 47 would probably have a Pidgy or a Sandshrew or something.

47 would probably have inteleon considering its inspirations

Oh yeah! It’s literally a spy, isn’t it? I kind of forgot it existed; there’s so many to keep track of nowadays…

Yea its quite literally based on james bond, cause yknow ingerland

I would imagine that 47 probably would go for something venomous, a Ekans or an Arbok maybe.
Lucas Grey would train a Mr Mime obviously, because he’s a fucking Clown. 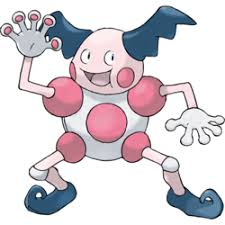 If he were to train a clown a blacephelon would be better. Though in all seriousness id see lucas grey with a croagunk like looker or a purugly, cause its a big grey cat

Sorry King, I’m only familiar with the Gen 1 Pokémon. When Gen 2 came out I’ve decided that I’m not interested in it anymore.

Good, im forever cursed with too much knowledge about pokemon which isnt a good thing since the games havent been good since the ds era

I’ve only play Red and Blue on the original Game boy and a few years ago I’ve started Yellow, but its all the same Game.
Its ridiculous that they still pulling this 2 Game Version bullshit to this day.

I’m not sure if I’m making proper use of this thread, but I caught Ho-Oh in Gold last night after days of retries. I had a lvl 38 Red Gyarados, a lvl 42 Kadabra, a lvl 29 Butterfree with Sleep Powder and then some fodder. The only suitable pokeballs I had to use were two ultra balls and two heavy balls. In the end I got him with a heavy ball without needing to use a status effect on him, just got lucky. Very pleased about it.

I only had a potato on hand to take photos with, so the image quality here isn’t great. 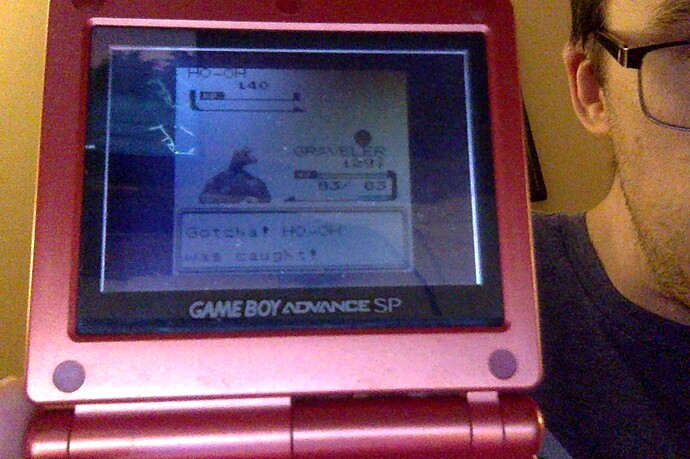 When Gen 2 came out I’ve decided that I’m not interested in it anymore.

Hmm… a genwunner… That fits your character arc very well

the games havent been good since the ds era

As long as it’s Pokémon related, use it however you wish but the original purpose is give Hitman characters Pokémon teams

Legends arceus is cool, at some point it still feels like a demo, but its good overall, though lore and storywise it couldve been so much more interesting. Atleast I got some of my new favorite grass types out of it. That being the new versions of electrode, lilligant and decidueye