I’m looking for a single player third or first person shooter game in a modern-ish setting that’s not online mulitplayer. Because though I like the World of Assassination trilogy, I’m a bit tired of the lack of updates and additions to firearms in the game that’s not a sniper rifle or a pistol.

I already have an idea of World War II themed games that I’d like to try one day, but I’m looking for something in a more modern setting to complement the Hitman games I have.

Maybe the Sniper Elite games, or Sniper Ghost Warrior Contracts for a more modern (present day) version. That is, if you don’t mind some very violent, gory/visceral kills. It’s currently 75% off until July 7th.

I just started Sniper Elite 4 yesterday and it is effectively Hitman with more action and less social stealth.

You will replay the levels over and over, find new ways, become better and better. Less stealth like disguises or social stealth, but way better shooting and an excellent sniper system (choose freely from “it hits where the crosshair is” to “I have to pay attention to wind, gravity etc” however you like it).
There are even map challenges like “one kill every 2 minutes”, “kill all targets with a specific trap” or “kill less than 10 enemies” etc

I did not compare those games at first, but after 3 hours I’m really surprised how Hitman-y this game is!

I have to second this. I couldn’t put SE4 down. While it’s not too similar to Hitman, it definitely can scratch the itch at times. It’s got a variety of weapons, great maps, decent AI and amazing DLC (which involves shooting Hitler’s testicle: what more could you want?). It has a campaign in addition to multiplayer and survival (my favourite) and an abundance of difficulty settings (which improve enemy AI and damage, as well as remove any aim assist that helps you calculate drop and remove the minimap at higher levels). I’ve put hundreds of hours into it, beaten the hardest challenges the game has to offer and was never disappointed.

I haven’t played SE5, but many of my mates have said that it has worse level design, and that SE4 is generally the best pick out of the Sniper Elite games, so it’s probably the one to pick up.

beaten the hardest challenges the game has to offer

Authentic+ without saving?! I just started but the “no saving” challenge makes it, some in this forum might rmember^^, really incompatible with me

Max Payne is a good choice. Go with the third game for the most up to date (at the time) gunplay but I like the first and second games better.

Also Gears of War if you have Xbox.

Yeah, it was very challenging and painful at times, but worth it. I did it with a friend, which is the only reason I didn’t go insane. 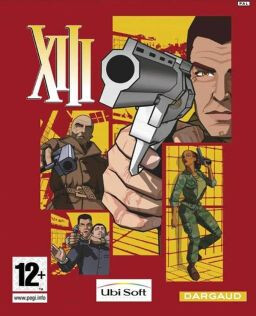 I’m looking more for some modern/modern-ish FPS or third person shooter games, to be more specific. I have plenty of World War II themed stuff that I haven’t bought yet. But I’m looking for recommendations for more modern-era stuff, preferably games with a single play mode that’s not online.

Watch Dogs 2 is great, I replayed it recently and had a ton of fun. Solid single player, with some pretty nice multiplayer on the side (if you want it).