Remote explosive MkII knocks out target but does not kill?!

Doing the side mission in Mumbai to kill the magician I dropped a remote explosive mk ii in his path in the arch doorway. I ran around the corner and triggered it as he walked near. To my surprise it didn’t kill him. He was knocked out along with both of his guards. He was woke up and ran off. Seriously W T F ?
It’s a mark II explosive. It should have killed everything in that tunnel.

It depends in exactly where that explosive was placed on the srch, where the target was exactly (was the in the middle or to the sides?) in the arch tunnel.

It can happen with explosives, there not hugely reliable in that case as the timing has got to be really precise and carefully set off and placed.

Yeah, if there’s anything between the target and the explosive that is not another movable object, it may register the explosion as being blocked and dampened by an obstacle, knocking the target out instead of killing them. Had it happen to me a few times trying to blow up the Food Critic with the corner of a waist-high flowerbed being between him and a propane tank, and it kept knocking him out despite being in range to kill. That’s when I learned that targets may or may not be shielded by even a partial obstacle.

Explosives especially in a confined space like the arch tunnel should kill everything not just variably knock someone out. Especially the markII which even says to beware of proximiy when placing. The TEEENY Napoleon Blownapart blew up 6 people including two civilians outside the tunnel. So the markII should do at least that much.

Way to go game devs. You’ve created markII explosives as weak as the NPC shotguns in
Alien Isolation. The shotgun does 1/6th the damage as the pistol in that game.

@Heisenberg If other people count as “anything” then yes but it’s an enclosed space.
Any explosive should decimate the entirety of anyone close.
As noted above; The Napoleon BlownApart doll killed everyone including two people
outside the tunnel when I tossed it at him well inside. So the game devs have made this
remote explosive weaker than Napoleon. Good to know.

Yes. It’s remote. Both are. And I triggered it as he was walking to is curiously. That just the thing.
The target was looking at the thing before turning to run for his guards when the trigger blew he had turned his back, but was still right at point blank range. I’m just marveling at the shear stupidity of an explosive that is so anemic in it’s power that it doesn’t kill everything close by when a smaller one did.

As my comparison to the shotguns in Alien Isolation. The pistols do 60% damage per shot even far away. The shotgun blasts at point blank do only 10% damage. It’s laughably bad programming. 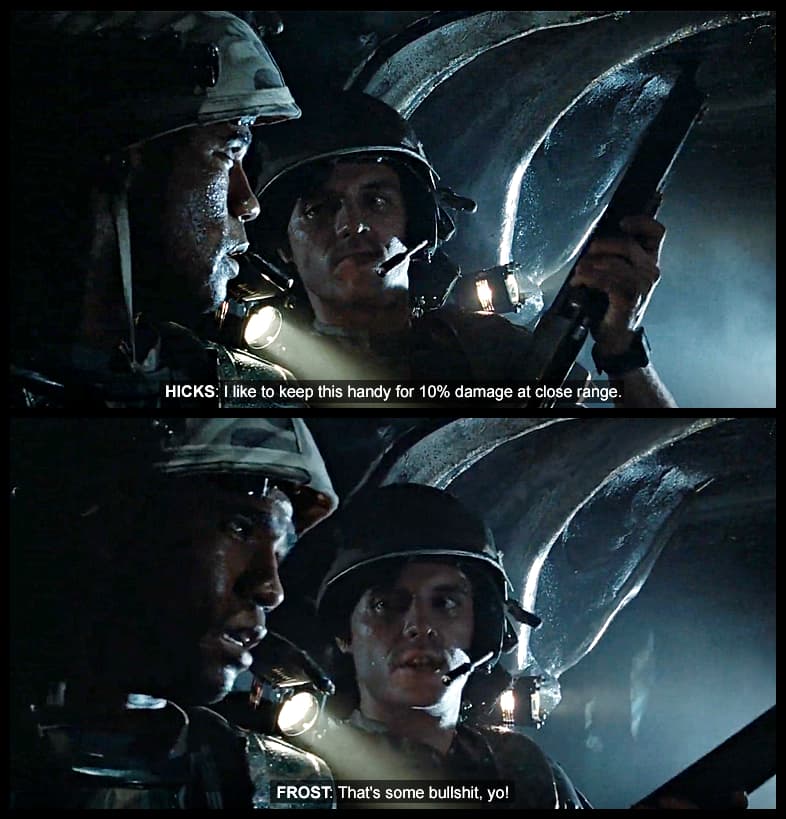 My favorite film of all time is Aliens.
And likewise my favorite game Alien Isolation.
The reason speedrunners are so unafraid of the Seegson Security guys w/ shotguns
and afraid of any one w/ a revolver is the rediculous damage difference between the two.
Shotgunners can shoot you point blank. You can survive. A pistol will often one shot you.

Sounds like a good recipe for a contract with a Remote Explosive MkII kill condition and a no-KO mandatory complication. At least until the bug is fixed.