As you may know from one of the mission stories in Santa Fortuna, Hector Delgado and Andrea Martinez used to be romantically involved. In the mission, you can even deliver a love letter from Hector to Andrea. According to several conversations in the game, Andrea never wants to speak to Hector again, while Hector is still hopelessly in love.

In the game, Hector Delgado lives in the Delgado Mansion, while Andrea Martinez can be found in and around a villa in the village itself. For a while I have wondered what would happen if I could somehow get Hector and Andrea to meet. Would they have a unique conversation like when you make Carl Ingram meet the Sheikh in Dubai? Or maybe even a murder scene like when you make Jordan Cross meet Ken Morgan in Bangkok?

Since there’s no mission story or other possibility to make Hector and Andrea meet, I decided to kill literally everyone on the map except Andrea, Hector, and one of Andrea’s guards. After killing everyone, I knocked Hector unconscious and dragged his body all the way from his mansion to the village.

Andrea found Hector’s unconscious body as she walked from the villa to the village square, whereupon her guard woke him. I was really hoping they would recognize each other, but nothing happened, not even after I lured them to a shed with some coins. 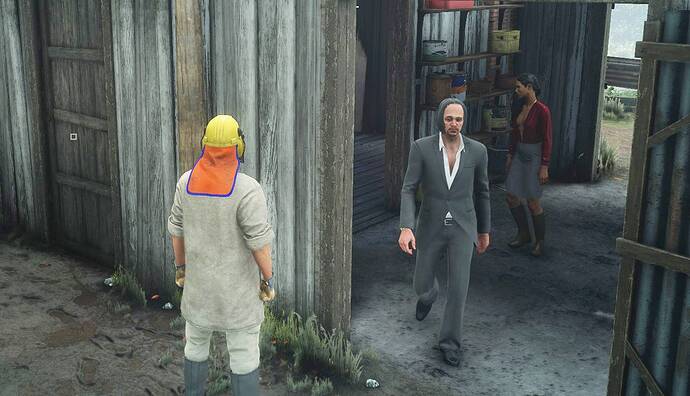 Too bad I just wasted two hours of my life, but as Andy Warhol once said: “Time you enjoy wasting, is not wasted time!”

You could have just used a gun lure trick to make those two meet.
It would’ve saved you tons of time 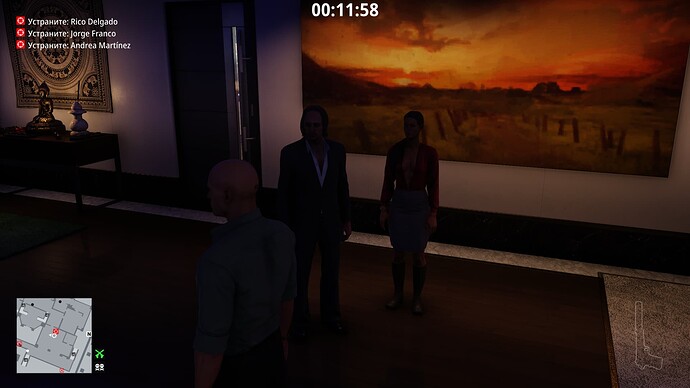 aaand they don’t want to know each other

But wait. They started to walk somewhere as soon as they saw each other 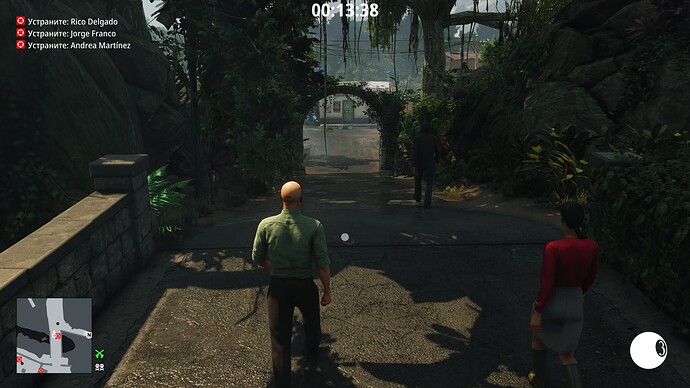 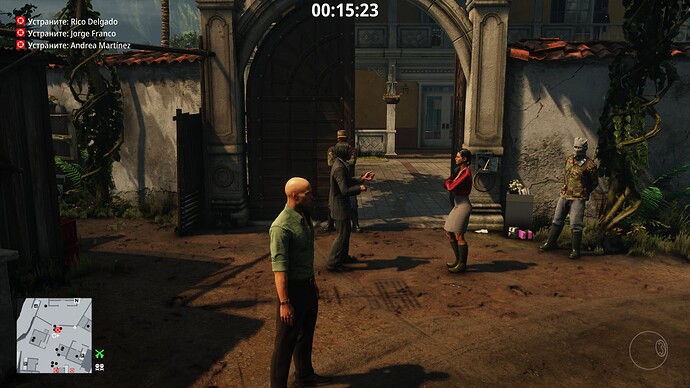 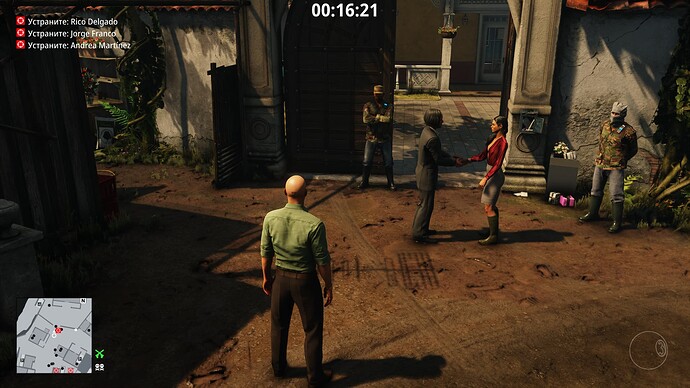 Huh! And I got a challenge for doing mission story without actually doing it 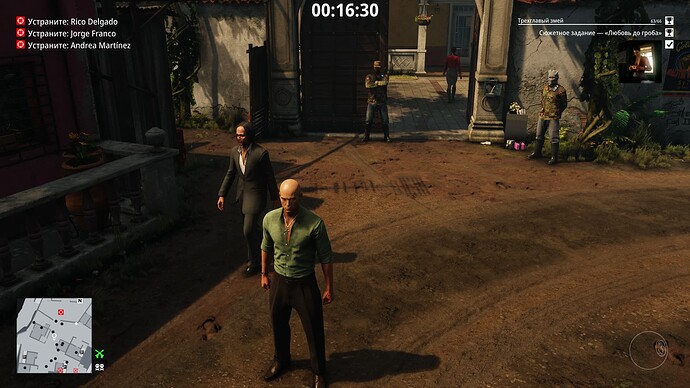 Didn´t know about this! Great to see you can get them to meet in a way that is less lethal than just killing everybody.

I always found it bizarre that the payoff to this Mission Story is only “if andrea recieves the letter she’ll stand over the river so you can kill her”. I wish it was a method to make Andrea begin staying at the Delgado mansion with a very vulnerable, mostly unguarded route.

The “if andrea recieves the letter she’ll stand over the river so you can kill her” is not a permanent outcome of the situation.
For some reason in some walkthoughs (including mine above) she never goes on a balcony to read the letter. Even if to leave all her facility staff untouched. She just continues her usual route like nothing happened while Hector will forever stand beneath her balcony