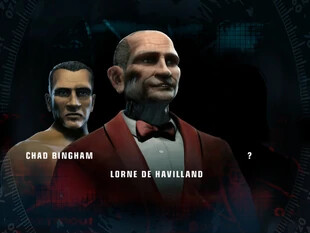 Briefing:
Hello, 47.
Your next assignment’s in the Rocky Mountains. Senator Bingham is being blackmailed by pornography tycoon Lorne de Havilland, who has a compromising video of the senator’s son, Chad. The video shows Chad playing a little too rough with a nightclub dancer during a creative sexual tryst at one of de Havilland’s adult nightclubs. The girl didn’t survive the encounter.

Lol I didn’t make the briefings, they’re all listed on the wiki. And these threads are for discussion about sperate missions, like trivia, opinions, tips and tricks

When I (poisoned) aphrodisiac’ed Chad Bingham’s wine, I heard he and an npc are supposed to have some privacy in one of the “love” rooms. When I went into the room with Bingham in and the npc not in, they decided to disband their private occasion and Bingham went into the balcony downstairs. Is this a normal thing that happens?

Could be. I know that if you “disturb” the meeting by entering the room when they are “playing”, they instantly stop. Bingham takes the road to the balcony while the girl returns to the party. So, I guess if you are already in the room before, the meeting doesn’t happen.

This is my favorite Blood Money mission. It’s so iconic. The Christmas themed party in the Rocky Mountains. The female assassin scared me the first time I played though

Was some kind of antismoking mission, sine have killed both targets when they were smoking.