Boo-yah! This is probably a good time to do a comeback with this project. I had a thread for this on the old forum and it’s been a long time since that. Time flies and other projects come and go, but this one has just been staying is the shadows forgotten. In the last few weeks I’ve cleaned the dust again and finished the mission 5, meaning that there are three playable missions in the game at the moment.

Hm, but what is this whole thing even about? I’ll have to do some introducing for everyone who has no knowledge of my little eternity project. 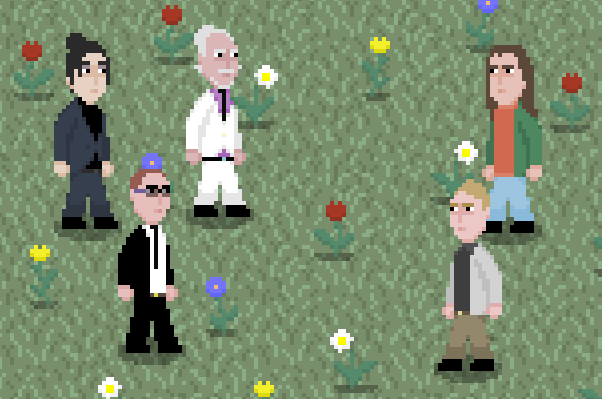 Gameplay/style:
Sabotage (in-development name) is a 2.5D puzzle game heavily inspired by Hitman. All possible assassinations are based on scripted events and you have to rely on those to succeed. You have to get a proper disguise if you want to get into a certain area. There is no rating system; the only bad way to play is to fail all kill opportunities (currently only applies to one target). There are no guns or fiber wires and you have no starting items whatsoever, the kills are usually what would be considered as “accidents”. Every target has 5 or 4 scripted kills depending on how many targets there are in the mission. Non-assassination objectives can be accomplished in several ways too. Every mission has 16 collectable items and 6 different disguises (three of which are unique and three of which can be obtained in two ways). If the mission briefing tells you that you are allowed to eliminate someone who’s not an actual target, they’ll most probably provide a unique disguise. In fact, to get a disguise from someone you can’t just pacify them like in Hitman. You have to find another way to make them unconscious, for example, drugging them with sleeping pills. There are conversations and notes that give you useful hints so try to remember them.

The current music is most probably temporary because I don’t think my composer is on this new forum.

Missions:
There will be six main missions, a tutorial and an easy prologue mission. There have been many changes in plans along the way. I originally intended to create a couple of missions outside the main story, but with my pace that’s never going to happen and my current plans are just enough. I scrapped the plans of the first “bonus mission” and the fifth story mission (one about a virus) and replaced it with the mission I had planned as the second “bonus mission”. I was able to shape the story around it well enough. Some targets and other plans have been changed from what was the original view.

A little about what the story (an excuse for killing people) is about: The main character is Damon Thane, a “freelance fixer” doing assignments for an industrial tycoon. New problems appear and have to be fixed. The briefings of the last two missions aren’t supposed to make sense yet because the three preceding missions have yet to even leave the drawing board. I’ll only release the game once the game is finished some day so not making the missions in the correct order doesn’t really matter. Cutscenes and other story-related things will be future matter. Currently the missions that can be played are missions 1, 5 and 6. Next up with probably be the tutorial or Shanghai.

The missions have several challenges (not shown in-game yet) that are divided into assassinations and feats (feats are usually centered around infiltration/exfiltration/secrets etc.)

Penultimately, just some screenshots of the game.

I would use Gamejolt with any other project, but I still want to keep this one rather unknown, that’s why the game can only be downloaded via this sus-looking link for now. The controls and some other useful instructions can be found in-game. There’s no handholding tutorial yet so I understand if getting started might be somewhat difficult. 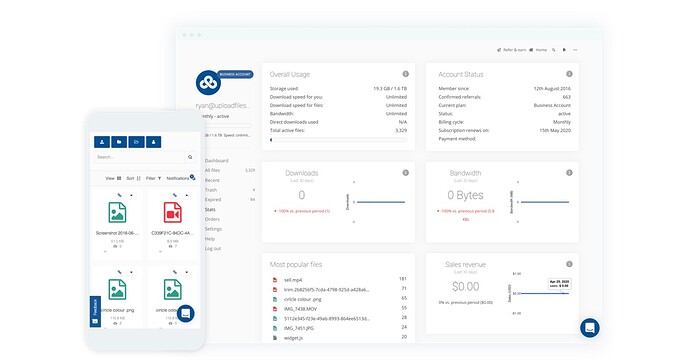 Download Sabotage.exe for free from ufile.io instantly, no signup required and no popup ads

Putting aside my past activity, I’ll try to update this devlog at reasonable intervals. I’ll be grateful for any feedback and criticism!

I kind of speedrunned the making of the tutorial mission, because I already had many assets done earlier and others that could just be reused. The guiding in the mission can be enabled or disabled, but there’s only one scripted method to do it anyway. Even though there were instructions in the game, it’s still a bit hard to play without a proper tutorial. 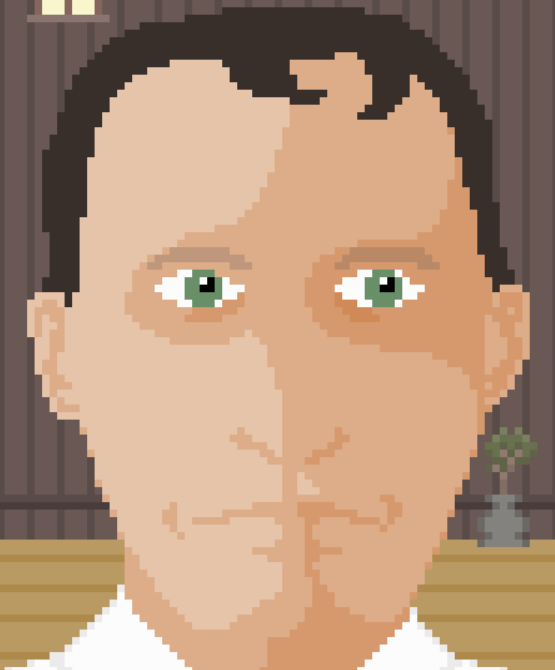 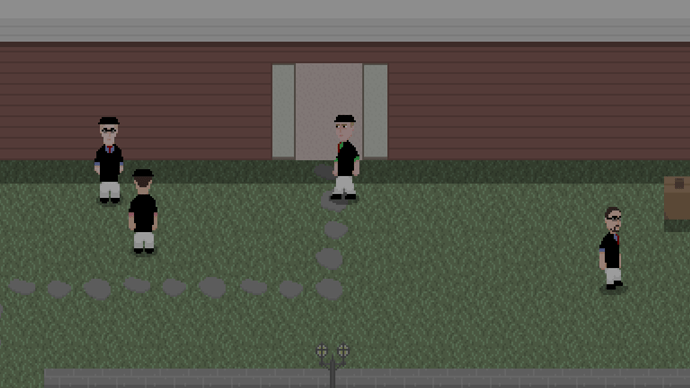 Download Sabotage.exe for free from ufile.io instantly, no signup required and no popup ads