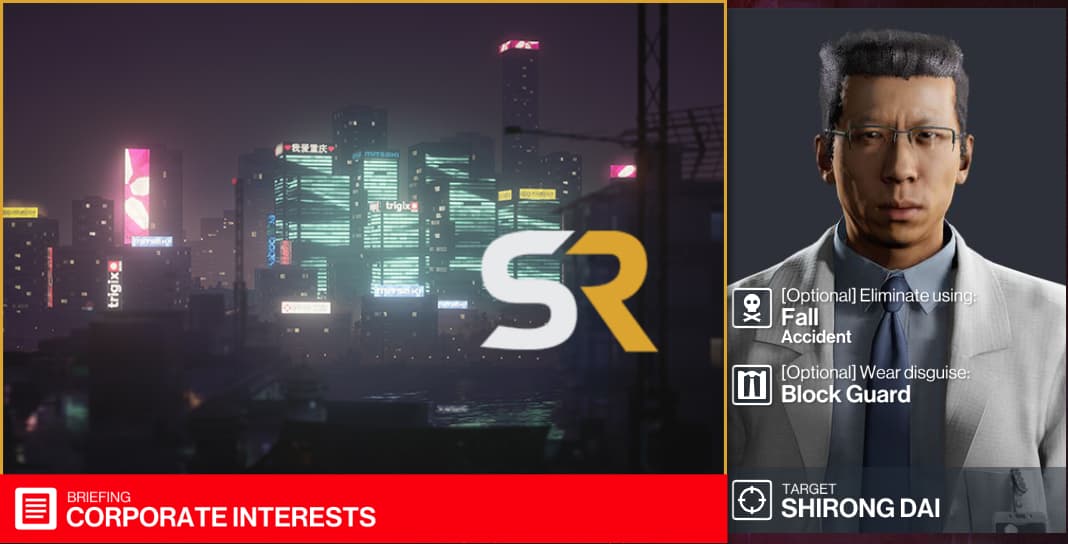 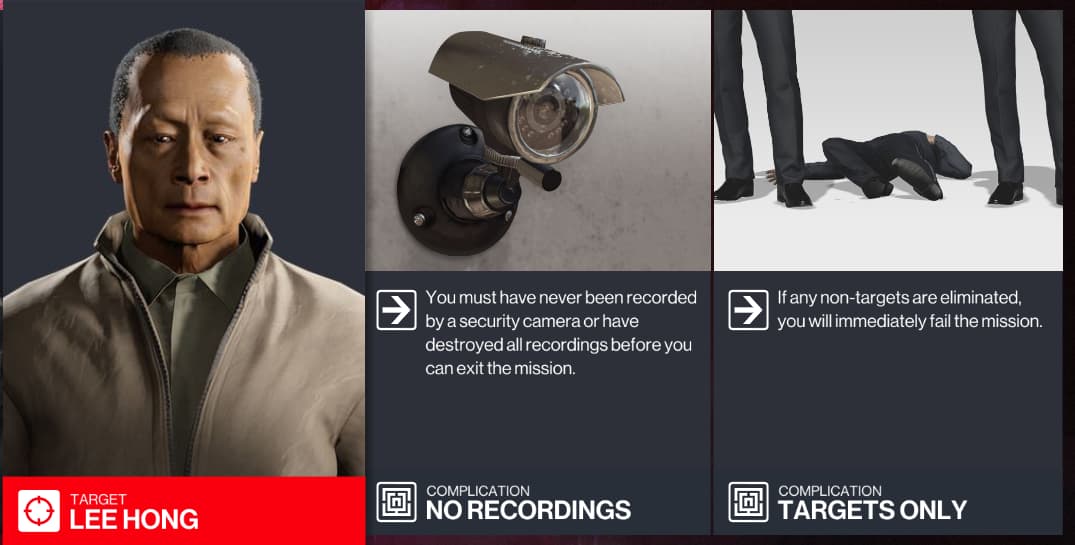 Hmm… on the surface these don’t look quite as bad as I was expecting, bearing in mind that they are made by a website that specialises in movies and not games. Look forward to playing them tonight.

Corporate Interests (1) was the worst featured contract I have played in a while. Was that supposed to be a challenge? It reminded me a lot of the ‘kill Rocco’ contracts which are on trending most of the time. Corporate Interests #2 was good. I liked the use of the disguise as you are trespassing for most of the time, so you have to be sneaky. The downside to the contract is that you spend most of the time going from the facility to the block. An extra target would make it better. Corporate Interests 3 was also good. Lee Hong and the guard were straightforward to eliminate. The other two explosive kills were less straightforward. It doesn’t help that there is very few propane flasks on Chongqing. I managed to make a method in the end. Overall, these were not my favourite contracts. I would give them a 6/10.

There’s one propane tank on level 4 in the block balcony.

I loved these ones except the first one. That was 100x easier than even ICA training maps.

Corporate Interests (1) was the worst featured contract I have played in a while. . . . It reminded me a lot of the ‘kill Rocco’ contracts which are on trending most of the time.

I agree. The first thing that came to my mind was the trending contracts for easy XP, which I’m guilty of having made one or two.

Corporate Interests (1) was the worst featured contract I have played in a while. Was that supposed to be a challenge? It reminded me a lot of the ‘kill Rocco’ contracts which are on trending most of the time.

Or kill Luca Wood. It’s usually on the trending pages at least 3 times on Xbox.

I think it was Corp Int 3. I failed to kill the 1st target (Acc Explosion). So I tried shooting the scooter (the one that’s an exit

) just to blow myself up. It didn’t work… So then I had some of the guards with hats and the long’ish jackets coming after me. I subdued one and took his disguise… Then it was a matter of getting an SMG so I could shoot that thing. Ended up sneaking around the ICA place in the guard disguise and being in a hurry. It felt like a legit contract that bugged the heck out of me when I tried to go to sleep.

So now I must make a contract for Chongqing that will be very similar. Highly likely it’ll be for Envy if I want it featured. Now I just have to watch gameplay of another game…

I don’t think there is ever a day where they aren’t trending.

After playing all three Corporate Interests contracts by ScreenRant, I think it’s a good time for me to talk about what I like and don’t like about them. One thing I will say that’s positive across the board in this set, I really enjoy reading the briefings. It doesn’t change my opinion when it comes to gameplay but I thought it would be a good thing to note. But overall, it kinda feels like a three part escalation but with very different targets. Anyway, here is my thoughts for each of them.

Corporate Interests - Well, this is something that I don’t really see that much, a 1 target kill contract. This one is very easy that I’ve completed it in about a minute or so due to its kill conditions and disguise, and also where the target is located within The Block. You can literally place a coin near the open window, toss another coin so that the target can hear it. Pick up that coin so that he can only see the coin that you placed near the window. Easy accident kill and a bit of a wasteful contract. I can still see the idea of how a 1 target kill contract would work but I would suggest a different target. At least we know that this target “Dai’d”. I do see why they picked this scientist. Funny but I don’t like this very weak contract.

Corporate Interests #2 - I actually enjoy this one quite a lot. Taking out targets using disguises that are not exactly easy to obtain. It was fun to use emetic related items to get those 2 targets to go where you need them to go. Took out the second target first and got screwed because of that guy standing in the toilets and on their phone. But second attempt worked very well. Having the Sieker and any Emetic Grenade is what needs to be done. I had no idea where the first target was going after feeling ill, but as it turns out - it was the freakin’ balcony on one of The Block levels. Yeah, I had a lot of fun with this one. I wouldn’t really change anything about it.

Corporate Intrests #3 - I enjoyed this one just as much as Corporate Interests #2. Though I did get screwed up more than 2 times. Getting that shop keeper to get exploded by the car was annoying, but apparently an explosive device worked out very well compare to a concussion device. It was also a little harder to find the propane flask and to make it explode so that only the target gets killed. Was quite a lot of fun. The third target was the guard next to the woman that was trying to figure the code out. The fourth target was a guy eating and its a good thing I decided to do something unthinkable by taking out the fourth target third. But yeah, dropping him out of the window did result in having to wait until that third target comes back after dragging the body. Should’ve done it in the prefered order, but the fun thing is that I did push the third target down the manhole into the sewers which was also my exit. If I had to change anything, I would just get rid of the No Recordings complication, but I guess that makes a lot of sense in the story perspective from the briefings.

Overall, I like the briefings from all three ScreenRant Featured Contracts. Gameplay however, I didn’t like the simplicity in number 1, number 2 is my favorite, and number 3 is very enjoyable if you know what you’re doing. I would probably give this an 8 out of 10 if I was giving this set a score. 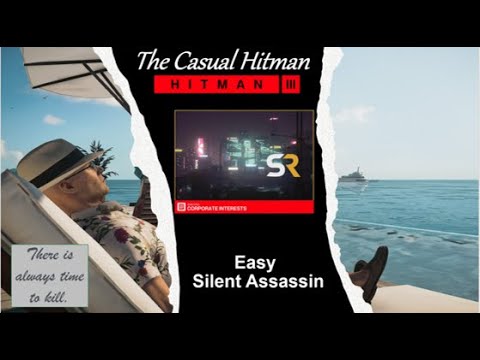 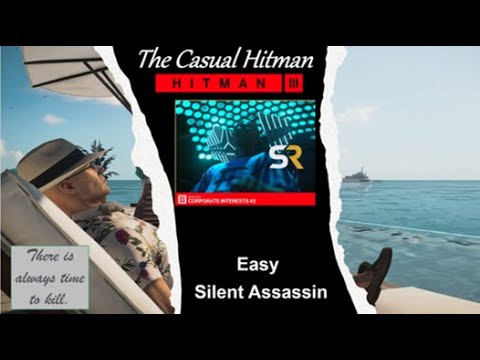 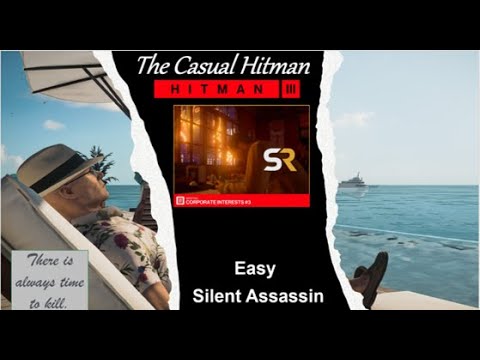