Self-Publishing Hitman: How IO took control of its destiny - Interview with Hakan Abrak 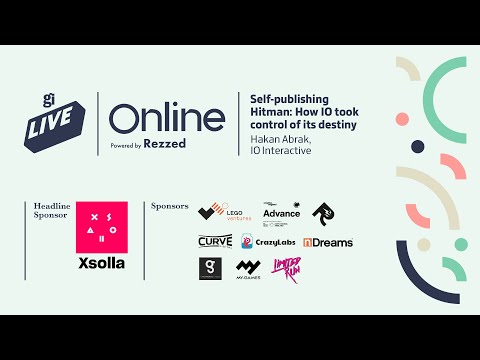 "We are giving Agent 47 a rest for awhile after finishing the trilogy, but it doesn’t mean that things aren’t happening – there are some cool ideas that we are looking into and some of these will bear fruit"

“It is something a bit different. A completely different universe. A love child which many on the team have been dreaming to developing for a long time.”

Would everyone have preferred to get Dubai mission five months earlier, with monthly releases after that?

Personally, yes. I kind of miss the episodic nature of the first game because of how much closer the community came together as each episode came out. Every month you would return to hitman for a couple of weeks to try out the new content and thoroughly enjoy it on its own merit. This really helped to sustain the game life cycle

strongly considered to release Hitman 3 episodically with Dubai released in the first month, in August 2020. Would everyone have preferred to get Dubai mission five months earlier, with monthly releases after that?

I fell in love with the episodic release model between Paris and Sapienza in H1. Having to wait a month between locations really made me squeeze every bit of content possible out of the locations because the next one wasn’t there just waiting to be played.

The H1 locations are easily the ones that I’ve played the most individually and I know completely inside and out. I’ve never played the H2 and H3 locations as thoroughly as I did in H1 because of everything coming out at once and there just being so much to do that I’ve just not studied and learned them as much.

This is just something I thought about but what if instead of calling it an episodic release they instead call it early access?

It’s just a change of words, nothing major, but could the episodic release be more successful? The ideal scenario would be instead of thinking it is holding back content to pad out the live content, most people will think that the game is allowing players to see and play the game before it gets an official release. So instead of something negative, it’s thought of as a positive thing.

Very good interview indeed, I played it a few days ago during my lunch break.

strongly considered to release Hitman 3 episodically with Dubai released in the first month, in August 2020. Would everyone have preferred to get Dubai mission five months earlier, with monthly releases after that?

Yes, definitively. But I understand why they chose a standard release after 2016 chaos, even with more of community trust since. Feedback shows that it worked both commercially and critically, and this is very important to bring future investors.

It can mean anything but I understand it in the same way too. In my opinion the COVID had an impact on possible DLC production (voice actors…etc).

if could do anything over again for Hitman 3 it would be to get more support from external partners to help with game launch issues.

He says that overall the launch was pretty well managed on all 10 platforms (and it’s true) except for the online part and progression carryover.

IMO, it is true that there was a bug that prevented randomly some players to login during 5 days but overall the servers performed honourably during the release window. With some performances issues but with the ability to login immediately. It could have been worse, way worse for a full online game. Progress carryover website was down less than 24 hours.

He also mentions the lack of a dedicated and official support platform to process people’s feedback and that they were too slow to communicate at launch. Indeed, while HMF is a great place and a effective way to get players reports, it’s a community-driven forum.

IOI needed to get a new publishing ID to port Hitman2016 within Hitman 3 because Square Enix owned the previous publishing ID.

And he says that initially they wanted to launch H2 content inside H2016 launcher as a DLC, but without the previous publishing ID, they had to create a brand new game and negotiate a Legacy Pack scheme with the digital platforms partners and some just weren’t ready for that since they have thousands of customers (other games devs), IO couldn’t ask too much, so they did their best.

Switch Cloud approached IOI very Iate in the development of Hitman 3 to put Hitman 3 onto Switch.

What I find interesting is that some people at IO were not very enthusiastic about adding a new and unfamiliar platform, but that the team behind this cloud solution was very proactive and efficient, which allowed them to solve all the issues and release the game in time.

IO has a great in-house porting capability though (industry experience and in-house engine are the keys here).