May as well do this now!

Forget about putting every damn agent from Berlin in the list.

My obvious choice for best target is Alexa Carlisle. She’s charismatic, she talks a lot, she’s a very interesting person talking about legacy and every moral decision she made.

I agree. Very bland and uninteresting character, especially when compared to Tamara Vidal.

It was just so satisfying to exact such poetic revenge on Providence.

Really? He was a thousand times better than Ken Morgan.

Keep in mind I’m talking my initial impressions of their story/character here, not about their gameplay or mission stories or whatever. Once I’ve more thoroughly finished the game in a few months time I’ll probably take it into consideration.

Edwards as the main bad guy of the trilogy has had a lot of build up, excellent acting, a lot of cool scenes etc, so it’s kind of unfair to the other targets to compare, IMO.

Hush and Imogen Royce felt as bland as wet paper when I first encountered them with barely any personality. Maybe more replays will make them seem more interesting but I found them as characters extremely boring and one note.

This. Ken Morgan is a meme, he’s a fucking brick for christs sake

I still feel like all of the targets this time around were better than freaking Nolan Cassidy. 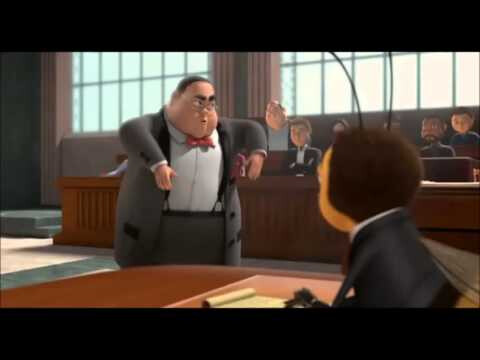 Oh the interchangeable Berlin Uber Allies are the worst simply because they all feel less like targets and more like the NPCs you select for a Contract. They live solely to walk near obvious hazards with them occasionally making slight conversation

Also I am willing to defend Yates. He just looks and acts so odious and shifty. You really feel like he is a big shot New York lawyer.

I don’t really know why I voted the ICA agents. For some reason, I feel a bit impacted when 47 says their names after identifying each of them, and how 47 has a bunch of information on them when checking the intel menu… I just don’t know why really they have such impact on me.

Honestly they are the weakest targets. Every target is someone I had an emotional reaction, had a unique look or was someone that reminds me of real life people with in some fashion but those agents? They are just so interchangeable that I don’t identify with them.

Felt the same-- I think the change in pace and gameplay gave it a boost. A lot of opportunities and no Mission Stories, no Diana holding your hand.

Every target is someone I had an emotional reaction with in some fashion but those agents?

Really? I feel an emotional reaction because they’ve probably been 47’s companions or friends for the 20 years he’s been with the ICA. That would explain 47’s amount of intel on them.

47 leaving the ICA is really impactful and those agents are a reminder.

I love the 11 agents in Berlin. Just so fun to kill targets that actually can fight back and the feeling of hunting them after they were tasking to hunt Olivia and you is so fun!

Worst one for me was Hush. So stupidly easy to get him with the peek-a-boo mechanic and not even in a hard to access place.

47 is a lone wolf though so I think he is just using what he knows from his ICA days. I don’t care about them, they are just goons to me. They are that one enforcer that sees through almost every disguise and is awkwardly placed.

47 leaving the ICA is really impactful and those agents are a reminder.

Yep a reminder of the worst decision this story takes and a complete waste of an actual good concept of 47 being hunted by actual ICA assassins.

47’s companions or friends for the 20 years he’s been with the ICA.

Or it’s only just one big contingency plan and 47’s actually a stalking bastard.

Yep a reminder of the worst decision this story takes

I agree, but it’s not something I can simply ignore.