My first SA route was using a pistol shot from the same stairs on the guy in the vineyard, but the results on that shot through the glass seemed hit-and-miss too

I tried to snipe him near the parking starting point, it wasn’t in plain sight but I could spot him through instinct, but even if I aimed to his head, and considering the bullet would pass through foliage, I missed him. I guess his posture is tricky at this point.

Thanks for playing, well done!

@helpwhite Thank you. I 'm not very confident with contracts, but I found your one really well designed, every target was well chained each other. I definitely prefer the contracts from the SONKO community over the featured batch.

I’ll claim number 70 if that’s okay. Really enjoyed this one Freezer, I could of done a lot better if I had avoided the security camera and didn’t need to destroy the recording, but that was wholly my mistake. 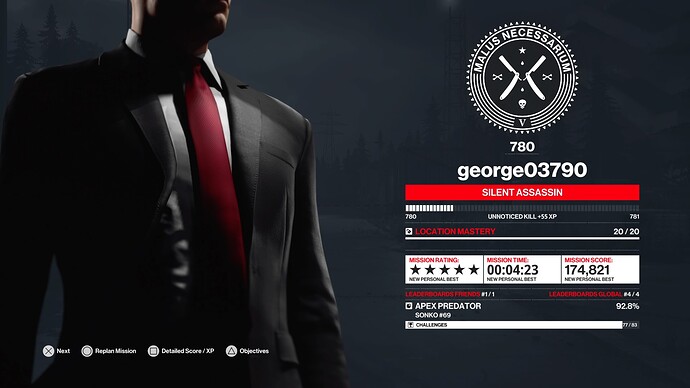 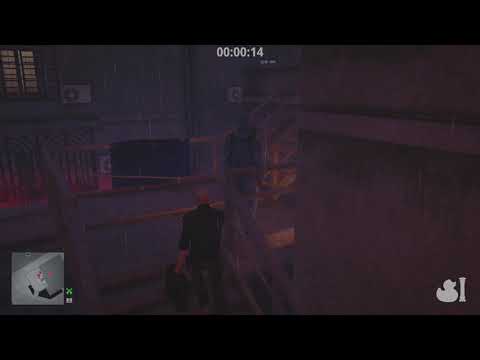 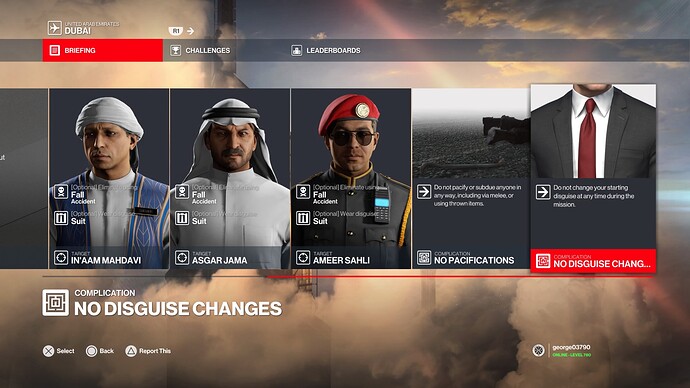 In’aam is directly next to the meeting room
Asgar is in the Accumulus art exhibit
Ameer is one of Sheikh Omar Al-Ghazali’s personal bodyguards.

SONKO #63
This is my kill methods. Tomorrow I’m going to try to re-create my old H2 SONKOs for PC. Might do a few others too since I saw some not done yet.

Mmh… This sound very challenging yet stimulating , I’ll give a look later. 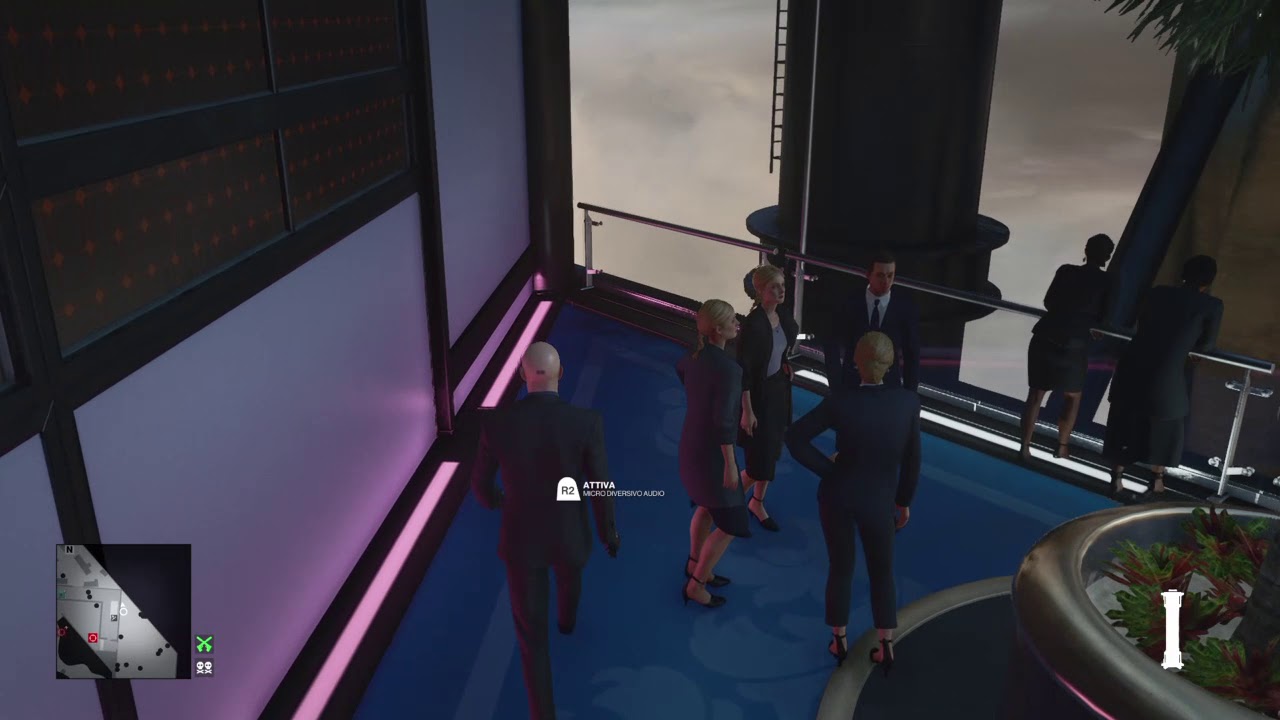 That was a nice challenge, I even learn something new about Dubai: you can reach behind the place where the sheik is having his speech, and you can throw people from there like I do with Ameer!

Pushing the targets was tricky at first, but fortunaly I’ve make a pair of tricks for making things almost consistent. Another great sonko contract. I need to complete the previous ones.

@helpwhite I see you did 2:24 in this contract: impressive! I would like to see your run.

My old ones are on PC now. 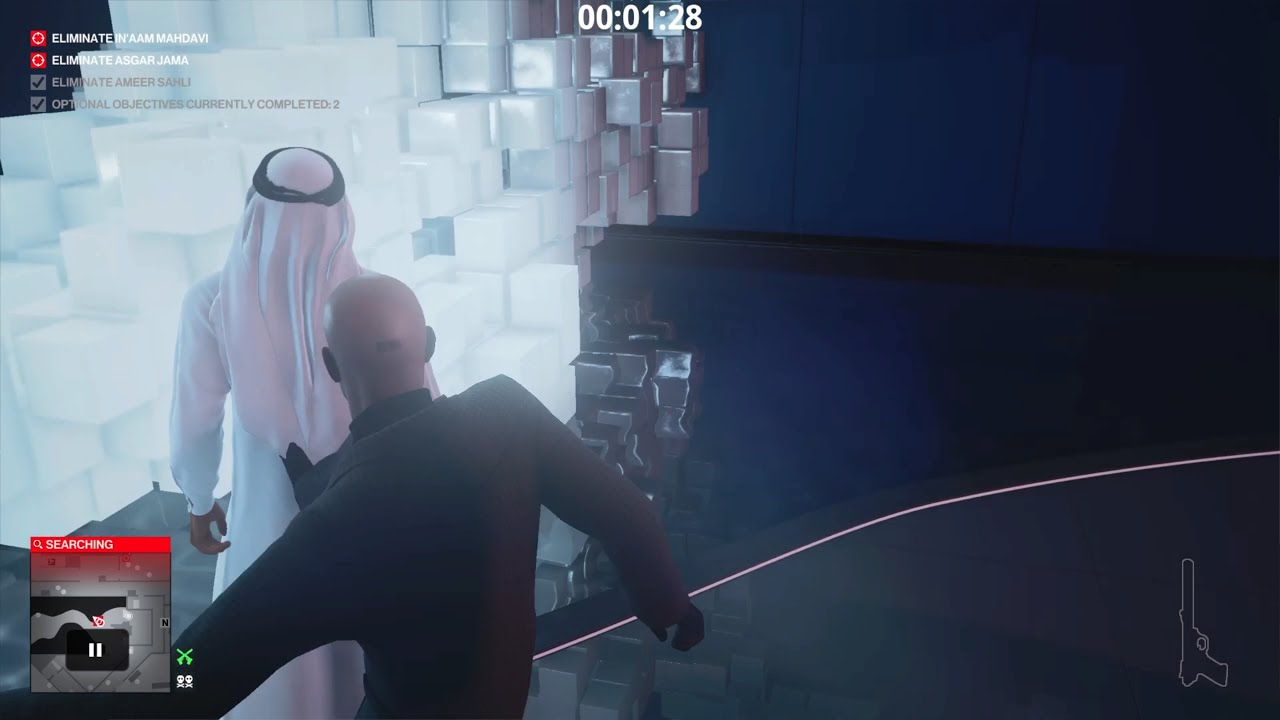 I really didn’t expected that you can push the Arabian target into the small pool in the same exhibition! This is a totally game twist!
I guess I need to learn more about Dubai.

SONKO 64 is here. It is a pretty simple trip through the mansion of Mendoza.

Is it considered cheating against the spirit of the SONKO challenge to utilize the special ability of the Midnight Black Suit to freely roam the Yates mansion grounds without Trespassing?

Anyway, here’s my fiber wire only run for SONKO #64: 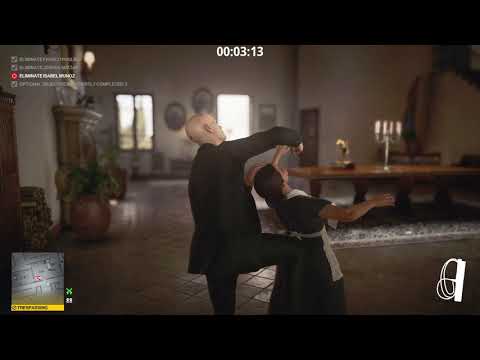 EDIT: Just for fun and hilarity, I decided to turn my run from not just “fiber wire only”, but to “fiber wire + garden shredder”. 47 really makes sure he gets the job done. 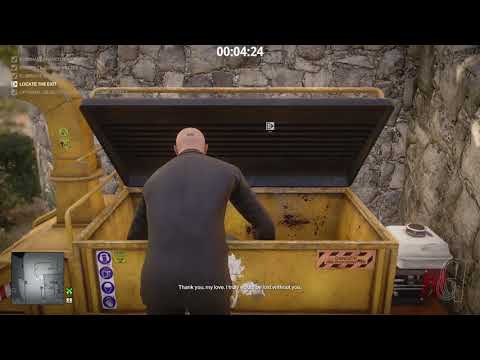 I’d like to claim #71 for the SONKO challenges. I have an idea in mind for Berlin.

Here’s my submission for SONKO Challenge #71: 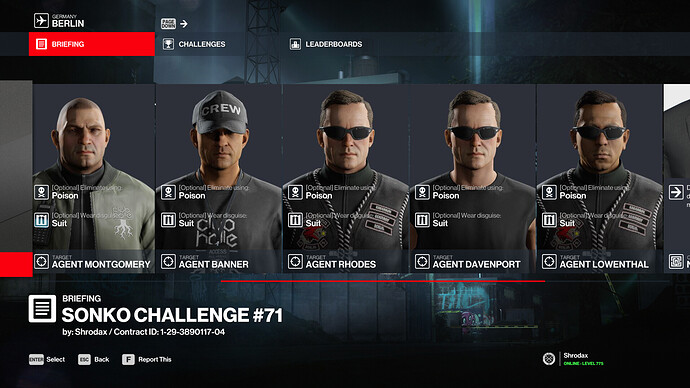 I originally created this contract as “Poisoned Image”, which required the player to be a total ghost for the mission. I re-created it and removed the extra complications, except for suit-only and no pacifications, of course. I really like the idea behind it, because the secret requires you to collect items from the various targets to move on to the next target.

Since the targets are 5 of the ICA agents - Montgomery, Banner, Rhodes, Davenport, & Lowenthal - I don’t think I need to describe their locations since anyone recreating it on other platforms can just find them in the regular mission.

There is a bug in this level though: poisoning Lowenthal’s food delivery doesn’t get properly registered as a poison kill in the objectives menu, which was my intent when I first created the contract. I reported it a while back in the “Bug Report” thread, so I’m hoping IOI fixes it so the contract works like I originally envisioned. I did find a workaround for now, but I wanted everyone to be aware that there is an issue.

I believe this one will be a lot less frustrating

I’m struggling to recreate it. I always respect the order of kills that the contract creator uses, but once the Sheikh finishes his address he just moves between two fixed locations in a public space indefinitely. I’ve been following him and his bodyguards for the past 30 minutes.

You need Markus to speak with him then he will say he’s tired and go upstairs. I found it easier to do by going to the art exhibit right away then coming back to him as Markus tends to wonder around the exhibit at the start of the mission. It really shouldn’t take 30 minutes for him to head upstairs though, that’s rather insane.

That was my first attempt. I gave up after 30 minutes. Although I didn’t get spotted I can only imagine the discovery of the bodies of one of the other two targets interfered with Marcus’s path. I tried it a second time, but it still took 25 minutes and even then I got impatient and took him out at the first opportunity, getting spotted. Still it’s done now on Xbox. Now it’s created in the correct order others have the freedom to take the targets in any order.