I’m intrigued at how long people spend refining their strats? This took me about 2 hours of playing around

I used to spend hours refining my runs to get the #1 spot, unless @III_Ed_B_III was doing the same contract, in which case I’d settle for second.

But since just over half way through the H2 cycle I just do a few runs to get a time I’m pleased with. For #81 I tried multiple restarts to catch the first target before he walked to his leaning position, but I just couldn’t get there in time. After I used my pistol to distract him I got my time of 2.22 on my third try. Although I got lucky picking a decent route.

To be honest, I tend to go more with purity now. Unless the contract demands disguises, I nearly always like to self-impose suit only and I try to avoid KOs and emetics.
@ColdDayInHell: Please don’t start adding perfect shooter! It’d kill my play style.

Ha, I was joking. I actually hate complications. I did an Any method last SONKO so I had to revert to my favorite style this time (Fiber wire)

Perfect Shooter works for odd puzzle contracts, not the average contract. And for SONKO, it’s almost necessary to use bullet distractions.

Last time I checked this poll there wasn’t a winner, but now there is, Landslide wins.
I’ll claim 82 and I’ll have a go at making it soon. However, I did test one of the kills a while before (went well) but if the other starts annoying me as much as speedrunning was before I begun the competitive hiatius, 82 will probably end up getting released mid-August when Roulette Rivals 6 starts up and I get “back in the game”

I tried multiple restarts to catch the first target before he walked to his leaning position, but I just couldn’t get there in time.

I had this too – from the vine and the lift shaft route. Was wondering whether my connection has slowed down or something, as I’m 99.9% sure you could catch that guard from either route from previous play/contracts a few months ago.

@Crewdy - It’s usually an hour limit per contract for me – pick a route, play it, move on. If something has me intrigued I’ll play for longer. Each to their own, but there’s no way I’m throwing a duck at a wall or muffins at a ledge for hours; my patience with this game is way too short for that kind of perseverance.

@Euler13 @III_Ed_B_III thanks, I think this is the mindset I need to get in to - I don’t have to have the fastest time on every leaderboard, just a time I feel is good and a route I’m comfortable with. I was playing Yaninni’s WCB contract last night (Duality of Miami) and spent an hour trying to get a panic to work on a single guard to save 2-3 seconds. Must have restarted about 50 times. It got very frustrating and I just thought why am I still doing this?

I tried multiple restarts to catch the first target before he walked to his leaning position.

I had to hold LB+forward, mash B to exit the cutscene and then use the absolute shortest route up the vine to get him. You also have to make sure 47 doesn’t do his odd little skip when you change weapons. It worked maybe 4/10 times so I gave up and used a bullet distraction instead.

@ColdDayInHell I was watching KOats Twitch stream last night and he came up with an interesting SONKO contract on Santa Fortuna. I’ll recreate it tonight and put it in the Fan Contracts thread. I think you’ll enjoy it.

Luckily wasn’t as painful to make as expected. Should be a fun challenge, especially for speedrunning 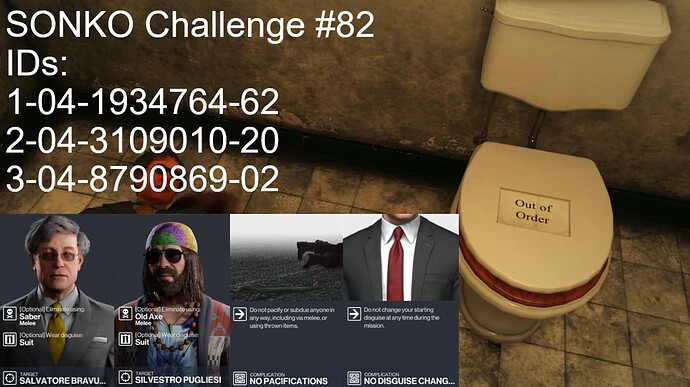 No worries. I think it really depends on what you want out of the game at any given time; all styles are valid. I’ve played certain sections of maps and tried things on specific targets for hours – I wouldn’t now, but totally understand those who would.

Explosion/panic RNGinho is the worst: you see this glimpse of something amazing, then you’re just trying for however long by any means to recapture that gold.

That guard is interesting – if I get the time tonight I’ll try and find footage of reaching him the early side of the elevator/wall from a few months back. I couldn’t catch him once from either route going as fast as possible with no weapon stutter. I seem to remember Euler did a test back in the day – on Hokkaido iirc – and there was a slight difference in running times on two Xboxes when both of us took the same route. Those little nuances can make a big difference.

You probably know this already, but you can minimize weapon-stutter by entering the inventory kind of while you’re still in the cut scene, or pre-empting what you need to use throughout a contract while in animations other than running (like jumping a wall). Probably wouldn’t help with SONKO 81 as you’re still maybe losing a vital fraction of a second. I dislike that animation with a passion though, so have tried to find as many ways to avoid it as possible since it popped up in H2. Pretty good time for this I think? Getting the axe across the square was interesting once I realised it won’t go in a briefcase

Not a huge amount of room for improvement with this route. I actually did a slightly better run where I didn’t miss the camera box at point blank so the guard didn’t come back upstairs, but the DVR was crap again. This one was done on Twitch but still has a few little glitches

Also, never realised that the hippie has a different name in Landslide. Very odd!

Great time, still working on this one. I hate Landslide.

I’m pretty sure @linux_penguin snuck into the tower beforehand to Sieker to the 2 guards then entered. Less chaos that way. I’ve tried blowing shit up just to get by too

9:14. I took so long that Salvatore went to cry in the town hall bathroom.

That was amazing, especially for a no LO run.

So here’s SONKO 81 by AColdDayInHell 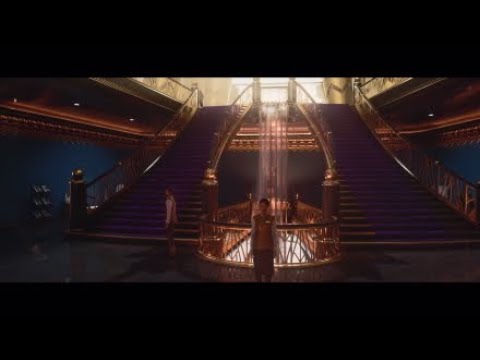 I don’t really play these for speedruns, just to figure out how to get SA. Hope that’s alright.
This contract was nice and simple. Tbh the route was a lot similar to the Greed escalation, so it felt very easy and familiar.

I’ve only played the Sloth escalation, interesting that it’s close.

Glad you liked it though. 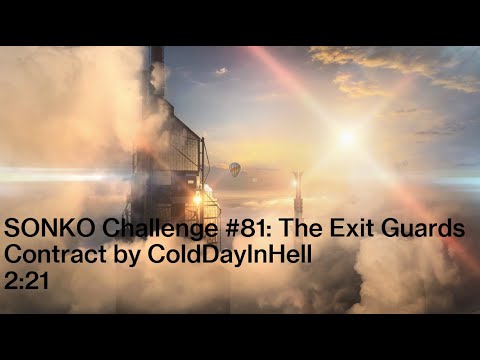 I really enjoyed this one. Always a joy when I see Koroma on the target list, I absolutely hate getting stalled by him when I’m tresspassing or having to be stealthy around him when getting a Stuyveseant iso for roulette.
On another note, all of the reccomended thumbnails are kills (Koroma, pilot, cleaner), what’s the chance of that!

If it’s somewhat boring, that’s par for the course because I am dogshit at contracts lmao.

This is a great contract. I’d definitely play your contracts if you were to make more.

This is a great contract. I’d definitely play your contracts if you were to make more.

SONKO contracts (not challenges but no pacification/suit only complications) or my contracts in general? I’ll try and make some lol.

Just in general. I enjoyed your season of sloth contract on Dartmoor, and the Berlin and Dubai SONKO contracts were a joy to optimise.