There’s an enforcer standing right in front of you. Once you stop blending, he’ll immediately spot you. Basically you can’t use this starting location on Master mode if you want to get an SA rating. I have never seen anything like this before with any starting location on any WOA map. 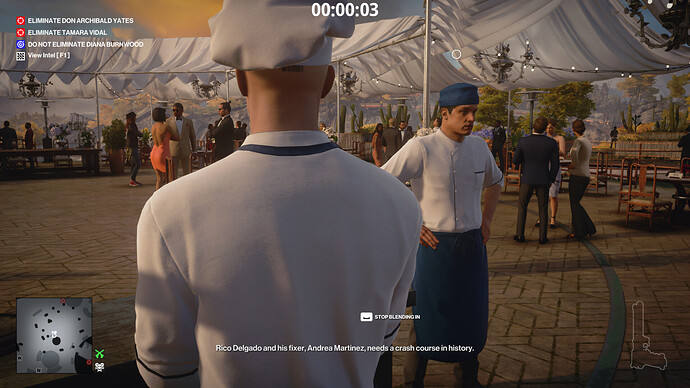 and in Hokkaido when you starting in Hospitel you almost spotted $

Doesn’t that guy move eventually? It’s probably just a small oversight though. There’s a similar one in Mumbai where if you start as a laundry worker, it’ll start you with an enforcer staring right at you and you just have to wait for him to move. And that’s on regular difficulty.

this is literally the only extra enforcer i’ve seen while comparing professional mode and master mode on the H3 maps, and it’s the most pointless one ever.

It does make sense tho, they are Asado brothers and should have known each other. And second Asado brother is mysteriously "missing. "
Also, this is very stupid idea to start next to immovable enforcer.

I waited for more than a minute, he won’t move. The Mumbai one moves after just 5 seconds or so, so that’s not really a problem.

Oh I didn’t realize it took that long. I guess it’s just unusable then. Might be worth reporting that in the bug report thread since that’s almost certainly a mistake. The chef disguise is kinda useless anyway so it’s not too big of a deal.

I know in Marrakesh the solider enforcer changes to a non enforced only when you choose the soldier starting location. Maybe this would work here.

2 minutes in lol. Also yeah, I guess I should post this in the bug report thread too. 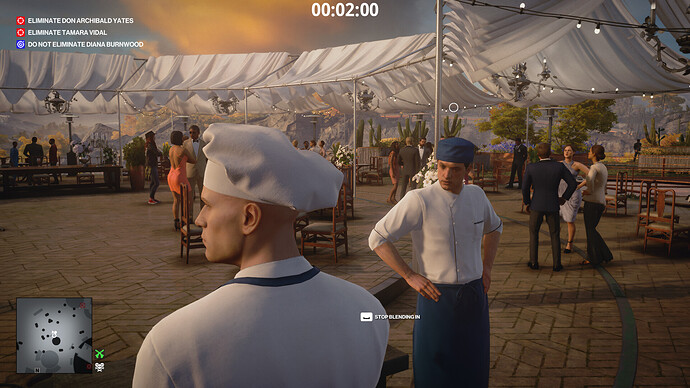 Yeah I would do that lol. Can you wait for him to look to his left and slip away or does he always see you no matter what?

I tried to move when was looking the other way and tried to quickly take cover behind the table and he still spotted me.

That guy only moves when his brother told him to fetch the torch, but his brother never spawn if 47 start as a chef. It has to be a mistake.

He wasn’t an enforcer for me, I play on professional

I have specifically stated in the title that I’m talking about the Master difficulty.

Title is long, so it cuts out on my monitor