I’ve had it on my mind to make a topic on this subject. It’s a topic to share any weird/strange, vivid, scary, happy, sad, or whatever types of dreams you’ve had.

I suppose I could start with a poll…

Do you remember your dreams?

I often remember my nightmares, but I rarely have them anymore. Now and then I suffer from night terrors. They feel real, obviously they aren’t. Yet the half awake state and seeing and “feeling” something in your bed or on top of you is awful.

My girlfriend also tells me that I talk in my sleep, I think I sleepwalked once. And for some reason I also get touchy. When I sum it up I have a lot of sleep disorders.

For me, the most recent dream I had was…

I’m in town at this railroad crossing. There is a very low metal roof over the whole area. There are these machines with these metal bars like an oversized rakes going back and forth trying to catch people. I get out of this area/“building” and walk down the street. Up the way, I go into a house… Inside there are a few people, they try to fight me… I then get extremely angry. I start to beat these people up. I’m fighting so much, and feel so angry!

It’s then that I wake up… I’m still lying there with my eyes closed, but now my body is hurting, particularly my stomach as if I’ve done hundreds of sit-ups. I’m hurting so much that I have to tell myself “I’m not mad… I’m not mad… It’s just a dream.”

That day I was trying to sleep, but 2 or 3 times I woke up thinking I heard my phone ringing in the other room (it’s a VoIP phone). I’d sit up a bit and try to listen for any ringing… Nothing. Nobody even leaving a message. This makes me stay up for either a few minutes or a few hours. Needless to say this gets me a bit irked. It’s usually someone from my work trying to call me to have them help them with something (stupid -to me) on the computer.

So the metal ceiling had to represent me feeling like I couldn’t get away from my duties at work, the rake is like people trying to reach or catch me… And the violent brawl in the house represents my feeling angry at being bothered and not being able to sleep.

Another dream I had about a week ago…

I’m in my grandmother’s house. In the living room is a very large brown-winged cockroach. I see it and am grossed out by it. I get a knife and try to stab it. It runs away behind some furniture, I find it and it runs away again… Until I finally corner it and stab it.

I could only think that this was some residual feeling I’d been having about my left knee. I’ve had arthritis in it since my early teens, and it is (a) knock-knee that makes me feel so self-conscious. I sometimes wish I could (finally) get surgery on it so it’d be straight. The way I feel about my knee is almost how I felt about that roach in my dream.

Yesterday i saw lots of ducks on my walk out (yes i do indeed do something other than live on the forums), most people would think that seeing ducks is completely normal and nothing is necessarily bad or negative about it, but when your tired after your walk and want to go to sleep ASAP you’ll might think about your day, right? Totally normal… For you.
For me however, i started to dream about these ducks, all of these ducks, and embarrassingly so, had a nightmare about ducks.
What can be so scary about duck, i hear you ask? Well i have a slight fear of ducks… Well when i saw “slight fear for ducks” i mean i have a bad case of Zoophobia and so precious much every thing alive (minus humans) scares the living shit outta me, like really badly.
I get that jelly legs feeling (if i don’t hold onto something, i’ll most likely fall over), i stop completely (i physically can’t move my body very much, probably out of pure terror) and to top it off i have been known to be sick when scared.
Even pictures can sometimes set this off.
I’m even scared of things like butterfly’s and stuff.

I God to think what would happen if i was boozed up and saw a pigeon.
Also, my Halloween profile picture is meant to represent my fear of animals as that is the spookiest thing ever.

I’m in my grandmother’s house. In the living room is a very large brown winged cockroach. I see it and am grossed out by it. I get a knife and try to stab it. It runs away behind some furniture, I find it and it runs away again… Until I finally corner it and stab it.

i would just combust at the sight of it.
Wow i’d be shit in the Fallout series!

Craziest dream I had in recent memory is that somehow I was in a recording studio working on some supposedly great idea for a song with Wu-Tang and Nas. I had no idea what the hell I was rapping about, it’s like my voice is on mute, but whatever it was, they seem to love it and was cheering me on. Kept thinking how weird the whole thing was because while I do love Hip-Hop, I have absolutely no aspirations of becoming a rapper. And I’ve had this dream twice. Maybe a sigh that I missed my calling.

The most common dream I’ve had in my life, which I’ve thankfully gone almost 20 years now without, is a nightmare that is some variation of me being stuck in the movie Tremors. I saw that movie when I was 6 years old, and growing up in a desert environment like Arizona, it scared the hell out of me. For years I was afraid to walk outside on the ground if no one else was around. And for a 10 year period, at least once every 3 to 6 months, I’d have a nightmare where I’m trapped on the roof of my house, or my grandparents’ house, or my school, or the slide at the playground, or somewhere I was familiar with while a large worm under the ground was waiting for me to come down so it could eat me. I had to put up with these nightmares until I was around 16 or so and it was so exhausting.

I had alot of weird dreams, but I mostly don’t remember them. One I do is back like 5-6 years when I obsessed with Wolfenstein series. I was on mission alongside with paratrooper squad on kill an important Nazi officer residing in castle atop of mountain. We were fighting throught castle until we reached tower. Inside was officer’s wife, with baby in her had. She smiled at us and said: “We just had him baptized. Did you came for celebration?” I said “Yes,” and suddenly, all fighting stopped and everyone went to lunch. Dead soldiers became alive, and joined. What was however weirdest is that as part of celebration, two Czech comedians, Miloslav Šimek a Zuzana Bubílková attended as guests. 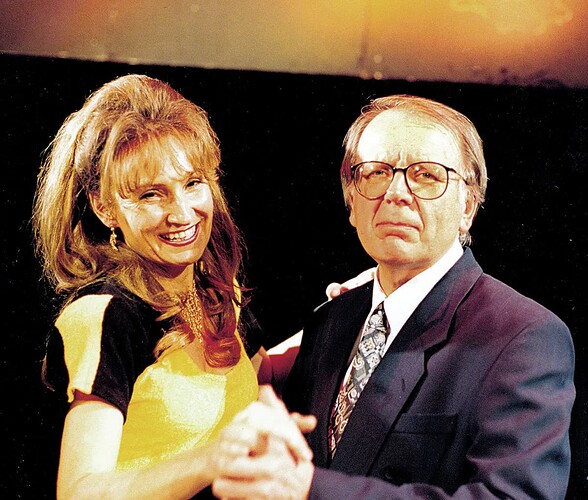 obrazek1200×1020 149 KB
(this is them btw)
Lastest dream I remember is when Ted Cruz confronted Kanye West about his rant on twitter by posting a sick diss track on his profile. Cody from AlternateHistoryHub made video about it, singing it IRL. It was very, very weird, but hillarious.
2 Likes