This is what Grey wears when he retires and becomes a kindergarten teacher. 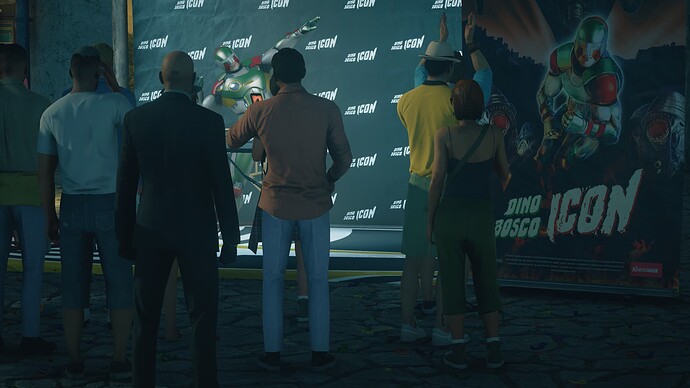 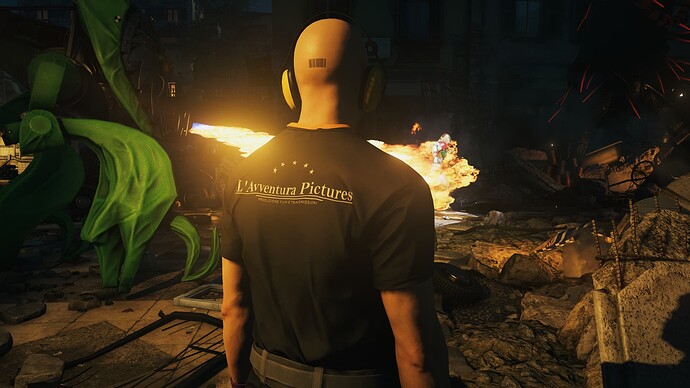 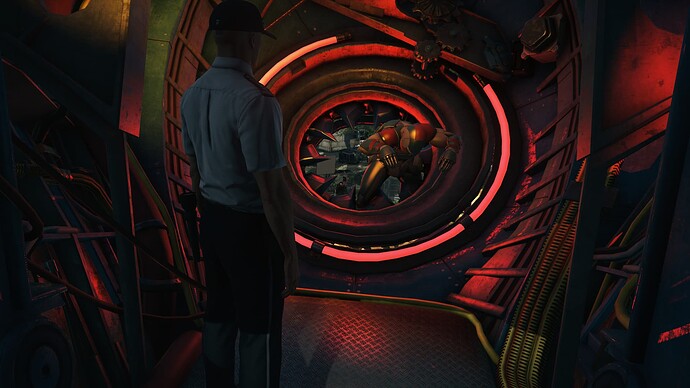 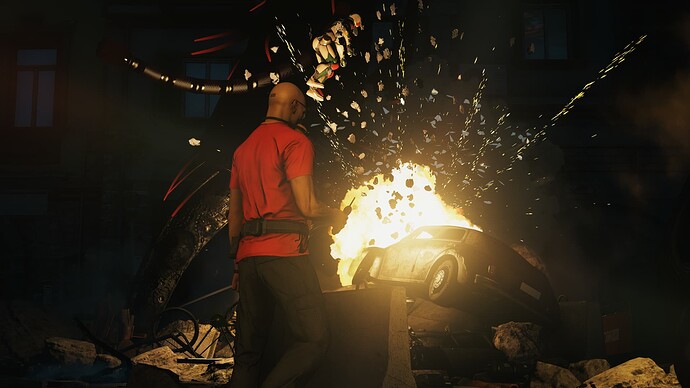 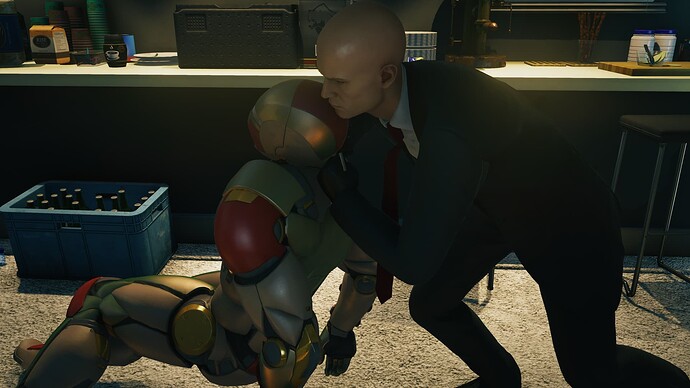 On Ambrose Island, Grey talked so nice about his militia. And now I discovered two of his former members who talked very friendly about him as their former Boss. So, I decided to do some Boss pictures of him with his militia in Colorado. Hope you like them! 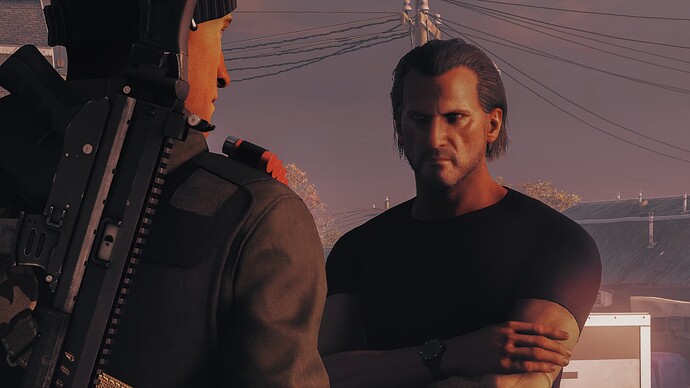 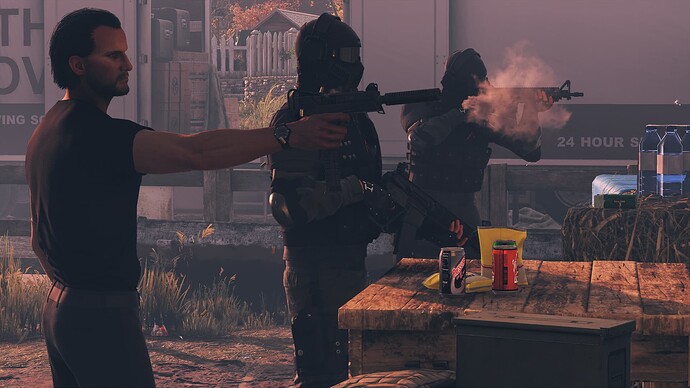 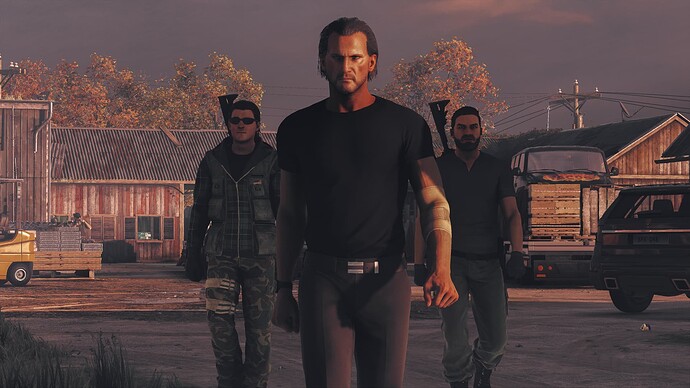 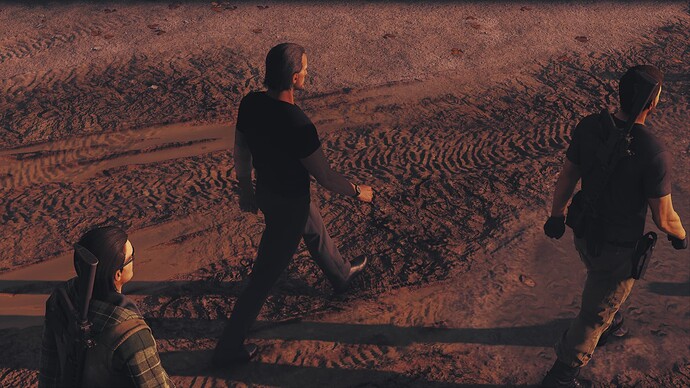 If I had to guess, Grey picked his lieutenants for a reason. He knew that the normal, everyday militia members were just people who had lives and concerns, while his top people were the sociopaths and such. He probably figured ICA would catch on and send 47 after him and the militia, targeting the top people to minimize attention and unnecessary death, as is their way. So in addition to everything they brought to the table, they were the monsters of the militia, who he’d have to dispose of eventually anyway, and so he put them in the crosshairs. The regular mooks, I’m sure he felt more kinship with them, like the images above show.

Everytime I will play Colorado, I will listen to the intro song of Full House in the future to get the right mood

These screenshots make me realize how cool would be to see a picture with all militia lieutenants together!
Beautiful screenshots btw!

Well, I couldn’t help but to think of this song with this pic. Like they’d be walking in slow motion.

As Grey said himself, he didn’t picked his allies for their congeniality. I guess most of them were just chosen because of their talents. I guess that’s why he didn’t care that much when they died (as suggested in the post Colorado cutscene).

But when it comes to his militia, to the soldiers and mercenaries there, I think he feels different. He was a mercenary himself and I guess he knows what it means to be in that position. Maybe he kinda has PTSD himself, or at least depression. He knows what war can do to people. Maybe that’s why he cares more for these men, because like he said on Ambrose, they want the same thing he wants. And these two soldiers in that cave also appreciated that Grey was an idealist and that he was fighting for something. Giving the fight a meaning.

No wonder he questioned if 47 was the one who was better off, with no emotions or memories. 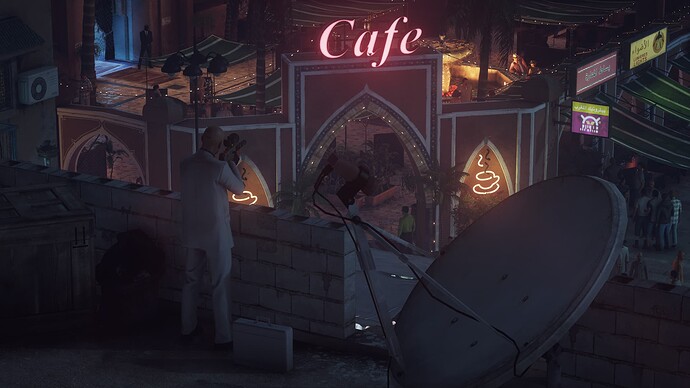 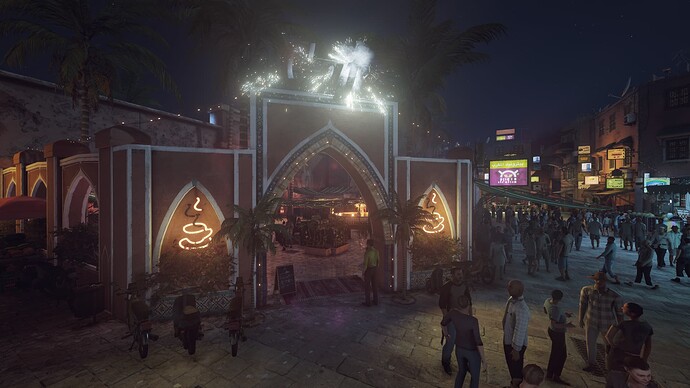 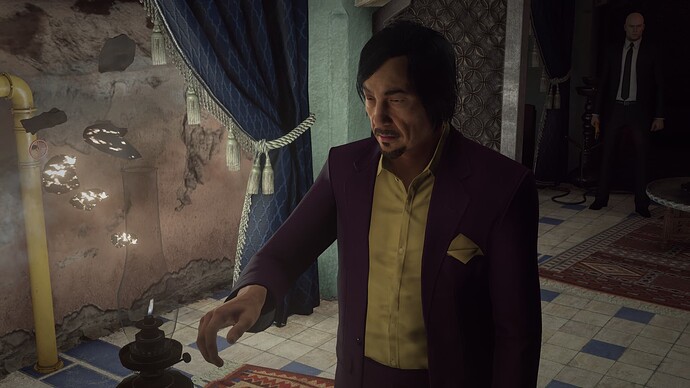 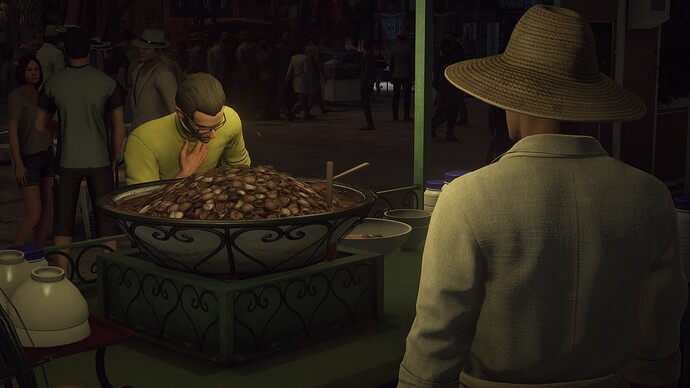 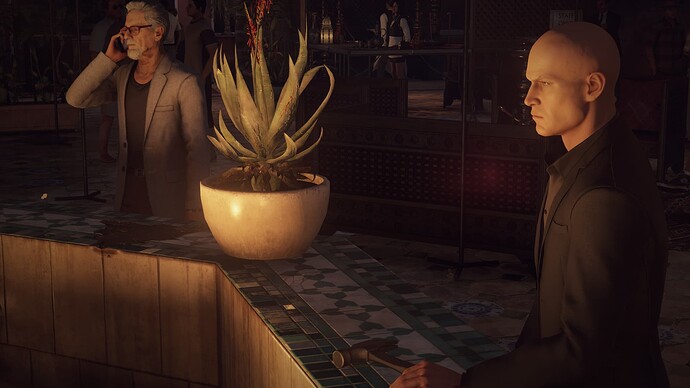 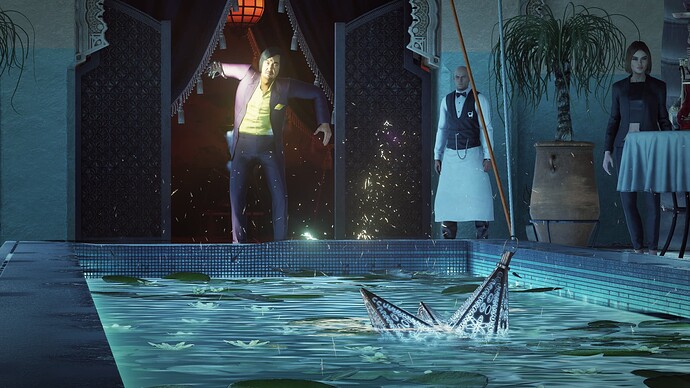 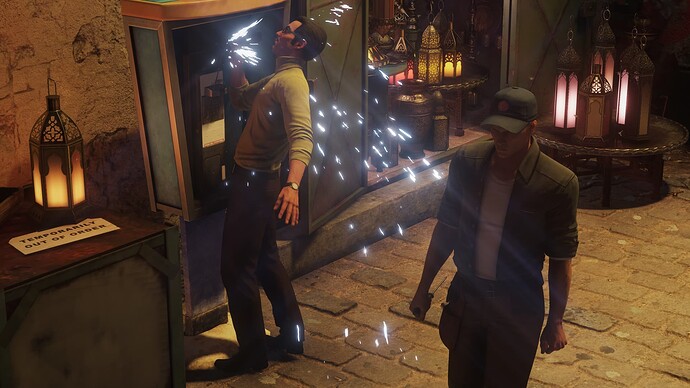 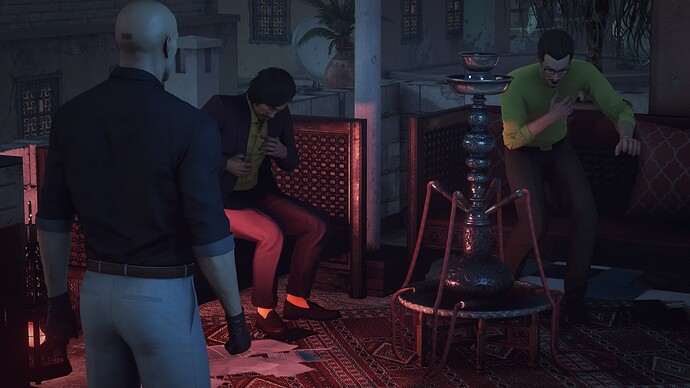 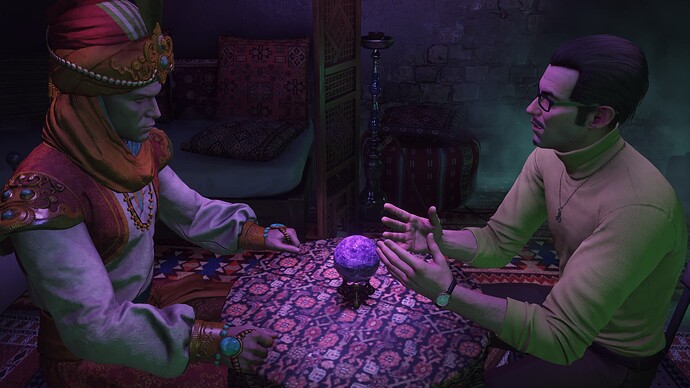 I’ve took a whole lot of screenshots recently in a big revamp of my contract images, sparked by Stadia’s shutdown in 2023 that’ll make some of the IDs take up space. There’s quite a few contract ones and random ones so I’m categorising them in trilogy order:

Blood Money suit without the tie 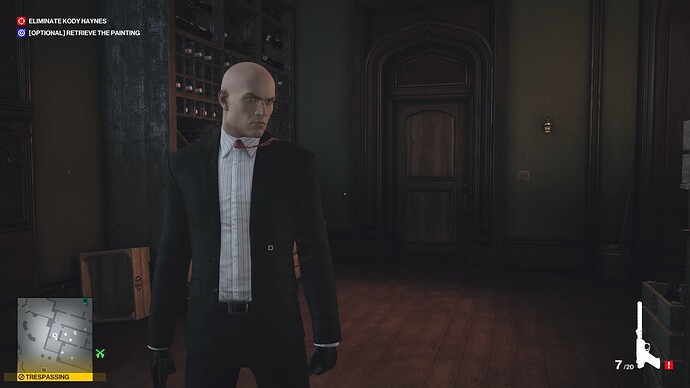 Just kidding it actually fell over his shoulder!
(This can happen if you turn 47 very quickly, such as when aiming opposite where you’re facing. 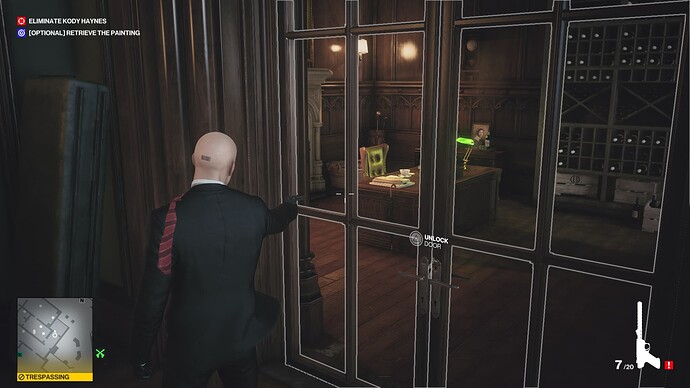 Also I’ve never had this message happen to me before. “your permissions to access the HITMAN server may have changed” pretty scary. especially with the ETA background. I guess it is October… 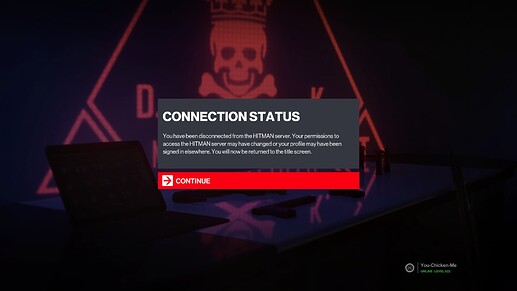 hold up! Does Stadia have a photo mode, or are you just really good at taking pictures in 3rd person?! 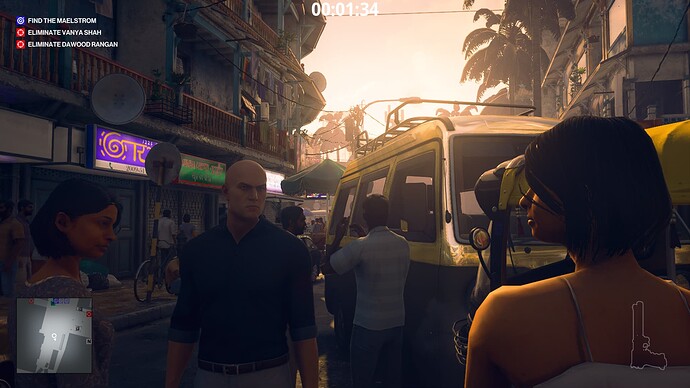 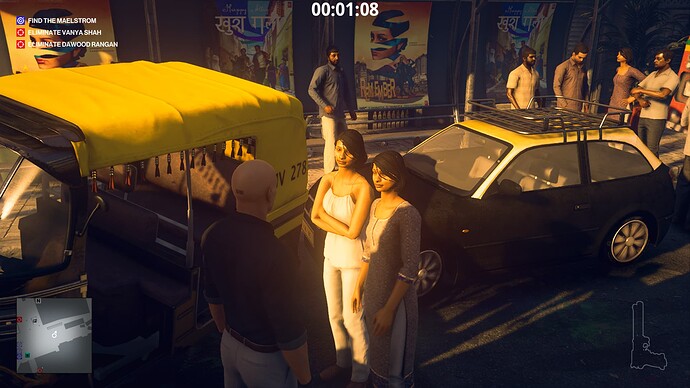 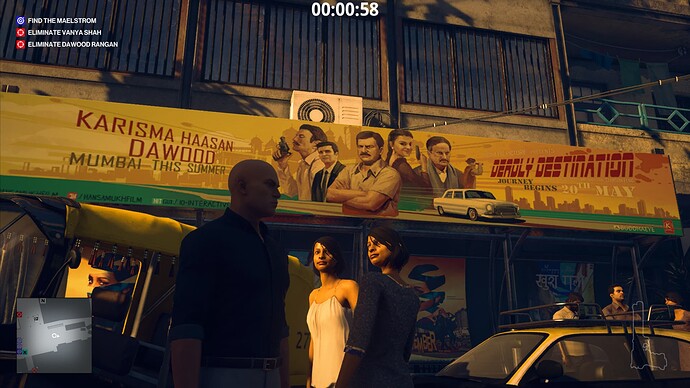 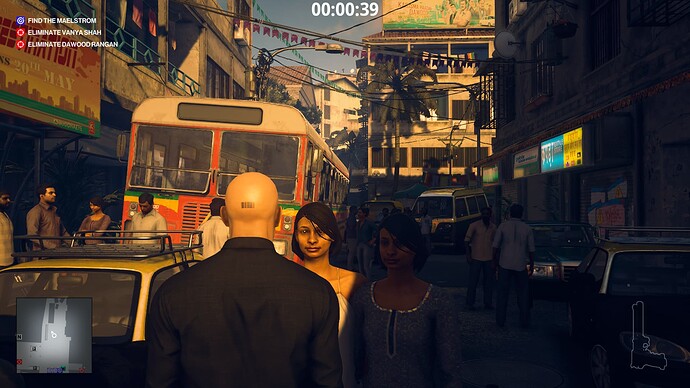 It’s not on Stadia, some of my contacts have been recreated to Stadia and now it’s getting shut down I’ve decided to completely redo the images which go along with my old contracts. Although a non-epic/steam photomode would of course be amazing