The recipes for a future Hitman game

Hello there! I know we are close to Hitman3, but i want to immagine with you, what points would really make a perfect future Hitman. So here I have my recipe.

What’s your recipe? I wish you a very good hitman3!

Just make it a toggle-able option. Some people like Diana in missions, some don’t, just cater to both

I’ve never really liked this tone in Hitman, don’t think it needs it

Money System with possibility to buy Ammo and Weapons.

I’ve always disliked the money system and having to buy ammo seems like way to much. I want to be able to have a run through that’s a huge shoot-out and not be penalised for it

The rest of the stuff seems fine/we already have, but I’m already pretty happy with what IO has done in WOA. Unfortunately we won’t get a new hitman game for quite a few years it seems though

Well my favorite are the first 3 games, blood money is cool but I don’t really like the models. For me the models have to be like this last trilogy Wich is very good looking like SA and contracts, not talking about the engine but simply about drawing style of the characters. Yeah i don’t mean an extreme ammount of sexually content but that minimal thing like the old ones, not too much. Well I’m happy about the new trilogy I’ll decide my final thoughts after this third chapter. In c47 you had to buy ammo lovely. 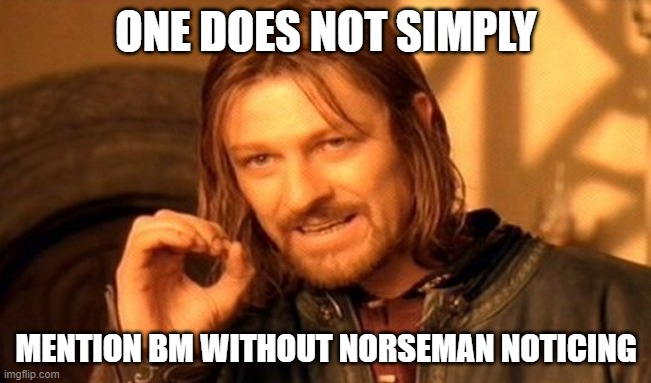 Also on my list I would add Hostile and armed targets.

I forgot yes! I put this immediately!

Well if it is a recipe gonna need some Fish, Sugar and Cocaine.

Perhaps more stronger response from guards? I.E 5-6 guards in Bulletproof vests and helmets in security room where will go out when a violent act or murder has happened. If a guard gets killed one of the on standby guards can take that route. Though only work for certain maps but can add tension to the level.

Levels with outside contact (Paris, Miami, New York Etc…) can call reinforcements from off the map. So if go action route or firefight could make standard entrances to the premise harder to escape from.

Also a purist mode or better difficulty modes. As would like one which disables Assassin sense but can provide other things/actions like place-able micro cameras, looking though keyholes and a gadget to hijack enemy cameras when reaching control room. When ever a target goes into view the player will get a notification.

Adding my two cents in this topic.

I’ve made a pretty expensive list of most requested features (and more) for next hitman games in THAT link: [Final Review & More!]Dear HITMAN™ 2 Developers - #2 by PatteDeFruit

Let me know what you think. Have a nice reading

Ah sure you find me in fully agreement with you, about Hitman 2 expecially.

I would say I am more than qualified to provide the correct recipe for a future Hitman game. Change my mind

Yield
Enhanced game with the best game mechanics taken from all Hitman games combined with a great story.

Method
Take All ingredients put them in a food processor and pulse and surround them with the absolute best graphics, multiple sandbox levels around 10-12 and game mechanics that appeal to All styles of play. It’s important to chop the always online feature.

This will create an emulsified experience that all Hitman fans should enjoy.

Buahaahhahaa great, i report my points upstairs and i agree with your view.

there’s one in whittleton, i think.

You’re right, if only either target got into/out of a car.

My Recipe for the next Hitman Game would be:

The Story should be as prominent as it is in HITMAN 3, no more, no less. Absolution focused to much on it, HITMAN 1 too little.

I dont know, i just feel like 12 Mission is a good length for Hitman Games. I’d like to have 4-5 big Locations like in the WoA Trilogy, the rest of them smaller, “built-up” Missions, like the Hong Kong Story Arc before taking on Lee Hong.

I think this could be very cool, so stay with me here: imagine you start the game and you come to a Menu that looks like 47s Laptop, showing a Worldmap, or a Globe with multiple Missions to choose from.
i go with Codename 47 as an example: usually you go from Hong Kong to Colombia, to Hungary, from Netherlands to Romania - why not choose which to go first? The Story is so structured that it doesn’t matter who you take down first, as long as you End with Ortmeyer. Think of the MegaMan Games for example.
Maybe add Map Specific unlocks into the Mix, so it incentives to experimentation.

I want a Money System alá C47 and Blood Money, but the Payout and Weapon/ Equipment Prices should be scaled somehow, maybe on the selected Game Difficulty, so it wont become useless.

Thats basically all i want from the next Game.

@Norseman what do think about the idea of choosing levels like in Jedi Academy, also what would your Recipe for the next Hitman would look like?

One thing I’d want to see come back is SWAT teams entering the area when you start gunning everyone down. As far as I remember, that has only happened in Absolution in the King of Chinatown level.

A new Life in Blood Money and Jacuzzi Job in Silent Assassin have a similar feature, where FBI Agents/ more Guards come to the location as backup

Give a medal to this guy!

I think no, the story telling would be rather limited if the events didn’t take place at set place. Making it hard to build up momentum and finally a climax. So if you ask me no, however when we are done with the game, we always jump from level to level without following a narrative structure. But I find it important it follows a more linear story structure first time around.

also what would your Recipe for the next Hitman would look like?

If you asked me before H3, I would say no more of this formula. However since you ask me post H3, I would say more H3 please. This was the game in this trilogy that finally clicked for me, it felt much closer to the Hitman games i feel in love with. That said there would be some changes.

1 - Jesper Kyd
2 - A redesign to Fortresses
2 - Not all Targets should have bodyguard, there should be areas where they are a lone. Like Lee Hong in C47.
3 - Being more innovative then H2 and H3 was, even if H3 felt a lot more fresh.
4 - A balance between darker and the glamours levels.

not sure if this is the sort of thing you were after, but there’s a couple of things i’d like to see in a new hitman to shake up the formula a bit.

i’d love to see a return of c47 and h2:sa’s connected contracts, but have player actions in one mission affect another.

imagine players selecting their contracts from an airport flight times board thingy. the overall structure of the game might look like:

now, at each of the main locations, 47 would be tasked with assassinating particularly hard to reach targets. business as usual.

however, like c47 and h2:sa before it, most of the locations would have something like 1-3 smaller, optional ‘set-up’ missions in discreet, bespoke sandboxes (think seafood massacre, invitation to a party).

on your first playthrough, completing these would open a final larger and denser sandbox (think mumbai or sapienza), though on replays you could skip the set-ups.

none of these set-up missions would be like absolution’s ‘get from a to b’ levels, but rather a multitude of objectives, including the usual assassinations, but also heists, sabotage, recon, resource acquisition, etc. additional intel and conversations in set-up missions could also hint at potential solutions/mission stories for the main mission.

while you won’t be forced to complete any of the set-up missions, completing their ‘mission stories/opportunities’ will have a determinable effect on the final big mission of each location.

for example: completing a set-up mission that requires you to hack into the main target’s off-site security system might mean the cameras in the final mission won’t work… but the target will increase the number of patrolling guards to compensate. something like that.

equally, completing smaller challenges or unscripted events in the set-up mission could also have an effect. for example: say you kill a dangerous (named) bodyguard who isn’t the main objective but makes an appearance in a set-up mission. they now won’t appear in the final mission to protect the target and potentially interfere with 47’s job… but doing so takes away a powerful opportunity and disguise.

you get the idea.

the aim here is to take hitman’s gamified manipulation of systems from just being in the in-game tactical arena and bring it into a meta-strategic layer as well.

this probably won’t go down well and is completely fanciful, but i would love to see the recent return of rival assassins systemised.

knowing how a mission works is important for speed runs and perfect playthroughs, so i imagine it as an opt-in modifier, but it could really make replays fresh.

early on, assassins will attempt to kill your target before you do, adding a potential time constraint. their appearance wouldn’t be scripted, but determined by rng.

if they are going to be in a mission, players would be dynamically warned by diana before it starts and given a brief explaining their background, methodology and (most of the time) what they look like.

there are a limited number of assassins, each with their own character traits and specialities. you can either eliminate/pacify them or simply avoid them and complete the mission before they do.

assassins would, however, have unique ai geared towards providing players with a challenge. in general, they would have shorter detection times, do more damage in combat, and see through all of your disguises. in addition, each assassin would also have a unique ‘personality’ (like pac-man!) that would determine how they react when they spot you, the tactics they employ in fighting you, etc.

for example: one assassin might always run away to a spot to ambush you; another won’t appear to react at all, leading you to a secluded spot where their partner is waiting to snipe you; another might just charge you with a melee weapon like a nutter; etc.

as the game progresses, the assassins could start being sent into any mission to actively hunt down 47.

as there are a limited number of them, and killing them means they are dead for good, you could just kill them when you see them and not have to deal with that assassin again. if these rival assassins were somehow connected to any kind of final mission, doing so would remove them from it.

however, players would be incentivised to either avoid or pacify them to receive rewards themed around each one (a cool sword and suit for the melee assassin, a sweet sniper rifle and case from the sniper, etc.).

as the game goes on, there might be opportunities to engage with them in unique ways with the assassin referencing your past skirmishes, mission performance and reactions.

(hell, they could even be player controlled a la death loop or dark souls

i don’t think either of these would be likely. they present all kinds of different issues, from technical to gameplay, but as a basis for adding something (sort of) new to the mix, i think they’d be pretty sweet.

if Hitman is rebooted again I’d like to see the whole eavesdropping and following leads thing dropped, or at least toned down. WoA relies so heavily on it and makes me miss how the old games worked.