Given the recent announcement of the first Splinter Cell´s remake, I figured it´s about time the series finally got its own designated thread on the forum, as I´m sure there are plenty of its fans around here (myself being one of them). Feel free to discuss everything about the games here, be it your own experiences with them, memories, opinions, news, questions, wishes, etc.

I love the first three games. I hope with the remake they keep it in the time period and tech related to it (ie. the Palm device Sam used in the first game), it gives it a charm.

I hope they give us something similar to Chaos Theory and Blacklist and not to mention, give us Michael Ironside as the voice of Sam. If they want to reuse Eric Johnson for whatever reason, have him voice act the co-op character.

Oh and no NFTs please.

only ever played the first one on an old xbox, quite fun. if a bit too linear though i hear later games improve on that

i think chaos theory introduced additional routes and generally wider play areas, but they’re all fairly linear. definitely give it a shot if you have the means; it is a stealth classic for a reason.

I love the first three games.

i really liked blacklist, despite going in sour. sea fort is one of my favourite levels in the series.

Chaos Theory is the pinnacle of the franchise. Really a true stealth experience, awesome ost. Missions like the bank, the cargo ship, hokkaido and kokubo sosho are amazing. The Japanese saunas is great, at last before the bombs part.

Blacklist is okay, but imo it still feels like a better made Conviction rather than a classic SC game. But the Grimm missions are great.

Is this a soft reboot like Hitman had, or just a flat, complete start-over reboot? I despise series getting rebooted without an actual ending being given for the story before it does, so I hope it’s just a soft reboot.

Not that it matters, I won’t be playing it anyway. I had picked up the first game way back when, got about a third of the way through, discovered Hitman, and tossed Splinter Cell by the wayside and haven’t gone back. It’s more the principle of the matter.

Is this a soft reboot like Hitman had, or just a flat, complete start-over reboot?

They may change certain parts of the story in the remake but all in all it will not affect the overall continuity.

My guess is that the remake is just Ubisoft testing the water to decided whether or not the should make Splinter Cell: Whitelist.

Conviction was okay and never played Blacklist because I hated how Ubisoft took away the stealth concept entirely. Also the removal of Michael Ironside was a big factor in my not playing it which still remains the case today. I don’t need a reboot, I’d be glad just playing the originals for the rest of time.

Chaos Theory still remains one of my all time favourite games.

I hated how Ubisoft took away the stealth concept entirely

nah, you can play totally ghost. no kills, no alarms, completely quiet. i haven’t played it any other way. p-p-p-plus, grimm’s side missions (side missions!?!) are all about that life. one of them is one of my favourite sc levels in the entire series (sea fort).

honestly, i went in wanting to hate-play it but it was actually rather splendid. handily in my top 3 after chaos theory.

the story was guff though, but i don’t play tom clancy games for their story.

never played Blacklist because I hated how Ubisoft took away the stealth concept entirely.

That´s a misconception and it would be a shame to not play the game because of it. Like Meat says, Blacklist is completely ghostable if you choose so (and Grim´s side missions require it). The stealth concept is totally there, certainly much more than in Conviction. It actually does a great job at blending (and advancing) the stealthy gameplay of the originals with the more aggressive/fluid style of Conviction, but you´re not bind to either. Granted, there are moments where they deliberately try to… shall we say, switch the pace for story purposes (looking at you, airstrip), but it´s managable in the total picture.

There are some really great missions such as the Quds HQ, Guantanamo, Site F, London (aside from the finale) or the sea fort. Fuck Charlie´s horde defence missions though…

And if it turns out to not be enough to your liking, there is a mod on Nexus that tweaks the stealth gameplay more towards Chaos Theory´s. Haven´t tried it myself yet, but it looks good.

Also the removal of Michael Ironside was a big factor in my not playing it which still remains the case today.

Yeah, I mean… it is the elephant in the room. But it wasn´t really a removal, it was Ironside´s decision for health reasons. Although Ubisoft should´ve just changed the protagonist then. The guy in game isn´t Fisher just in terms of voice, but character as well (same goes for Grim, although she wasn´t Grim in Conviction already). Best thing to do is just try to ignore the fact that you´re supposed to be playing as Fisher and pretend it´s someone else…

the story was guff though, but i don’t play tom clancy games for their story.

I found the story ok. Not as good as CT or SC1 of course, but miles above the garbage that Conviction was. I guess the main reason is because it has a good antagonist. Sadiq´s got a neat and believable motivation and Carlo Rota´s performance is ace.

I´ve been replaying Pandora Tomorrow these past days, and every time I do so I get irked by the voice acting. The absence of Don Jordan and Claudia Besso in the roles of Lambert and Grim, and the generally terrible VA of NPCs coupled with the omnipresent American accent and lack of regional ones.

That being said, I bumped into a video of a preview version of the train mission, which not only had both Jordan and Besso revisit their parts, but also regional accents for the French and Arab NPCs. It bogs my mind why on earth they decided to change those for the final version… At least Soth turned out better in the final version… 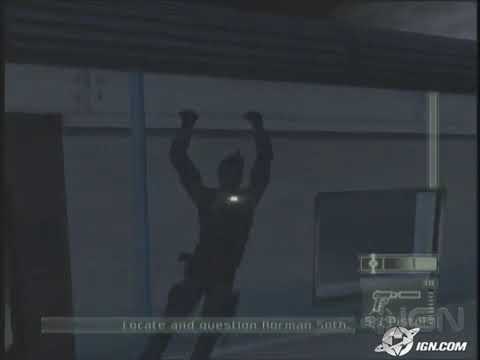 And coming back to the topic of the recently announced remake of SC1 - I´m wondering whether it will follow the same story as the original, and if so, whether they will include the cut Kola missions this time. I´m always a little annoyed by the obvious gap between the Kalinatek and Rangoon missions on PC, with the loading screens, dialogues, and data sticks pointing out to events that had apparently happened in the Kola peninsula and hints at Russian involvement, Masse´s death, as well as the clumsy explanation/transition to the connection with the Chinese. Not to mention that Osprey cutscene after Kalinatek which sees Wilkes die in Russian airspace (talk about oversight lol).

That being said, I noticed that an Xbox beta version of SC1 found itself in the hands of the community last year(?) which contained files on the cut missions which they were able to get running to an extent. These include versions of the Power Plant mission which ended up being a PS2 exclusive (in a trimmed form apparently) as well as the Severonickel mission which ended up being Kola Cell (veeeery trimmed down). And more info on the Shipyard (transformed to the Vselka missions) and Mining Town levels.

Videos of playthroughs can be found here: 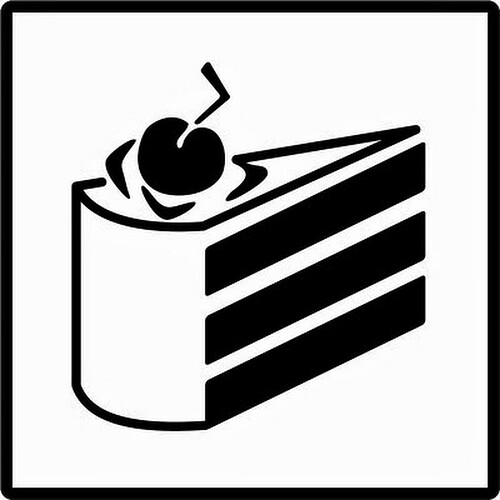 And there´s an updated overview of the cut content on the SC wiki: A September 2002 Xbox prototype build of Tom Clancy's Splinter Cell has leaked, as a part of Project Deluge. As this prototype build contains playable versions of Nuclear Power Plant and Severonickel, this page is in the process of being... This page contains all Splinter Cell dialogue from missions/parts of missions that did not ship with the final game. This data was retrieved from the Xbox port's image file. Whereas on other ports each mission has a separate dialogue file, the Xbox...

Overall, there´s a lot of new info that sheds more light on how these missions were meant to look like and how they would fit into the story. Pretty cool stuff.

Lastly, the modders also extracted all the cutscenes from the prototype. Most are in the same form (minus music and audio) in which they made it to the final versions on Xbox/PC (or in some cases PS2), but there are some additional/alternative scenes, particularly the news reels and even a cutscene of Georgian troops invading Azerbaijan. Also, Morris Odell´s model is different from the final version and Sam has a different VA (probably needed a placeholder before Ironside could record his lines?). If you had an issue with Eric Johnson in Blacklist, wait till you hear this guy lol: I do wish the modders could eventually port the Power Plant mission from PS2 to PC to make that whole transition from Kalinatek to Rangoon a bit smoother (not to mention I hate platform-exclusive missions) and the whole experience more complete (possibly even rearranging the Kola Cell missions in the process). Sadly, this still appears impossible at the moment… (or the people who could potentially figure it out are not SC fans

I found the story ok. Not as good as CT or SC1 of course, but miles above the garbage that Conviction was. I guess the main reason is because it has a good antagonist. Sadiq´s got a neat and believable motivation and Carlo Rota´s performance is ace.

fair enough. i just find tom clancy related stories a bit gash, all in all.