Yes, it’s another drawing Topic and I know that the workload of Characters is going to become bigger and bigger, but I’m just intrested into this idea now and since I’m desiging NPCs for my Game, Xia’s Adventure, why not?

But to get to the Topic. On this Topic I’m planning to fully Custom NPCs on an NPC Theme of the Hitman Maps. I’m not sure how many Maps I will do so far, especially because some Themes are common and I will not do any uniformed NPCs, since it takes out most of the Creativity. Here’s what I have planned and did so far: 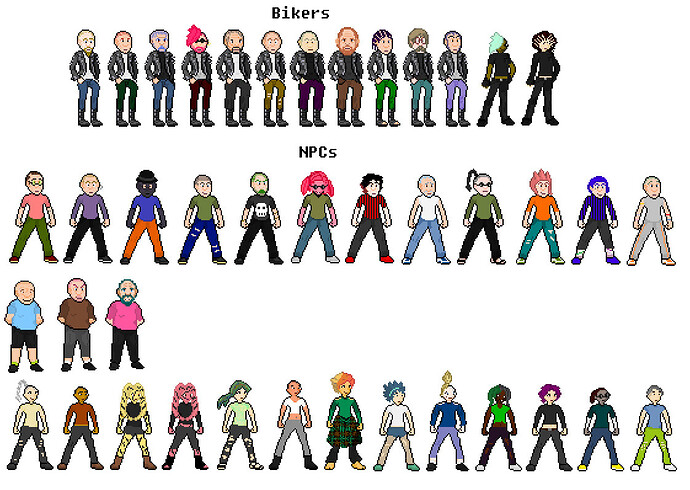 Looks great, but the guy in the middle looks like Bobby from King of the Hill.

Thanks, eh not intended, but if you think so.

New Ravers have been added. Not sure how many I will still do, since I have already used most of my current Female Faces in particular.

The Ravers are finished for now, since I really need more Faces, so I did added a few Bikers into the Mix.