TIL: HITMAN 3 AI instances can dynamically interact with each other

A brief moment in Haven reveals that the AI in HITMAN are able to illicit reactions from each other in a non-scripted way. 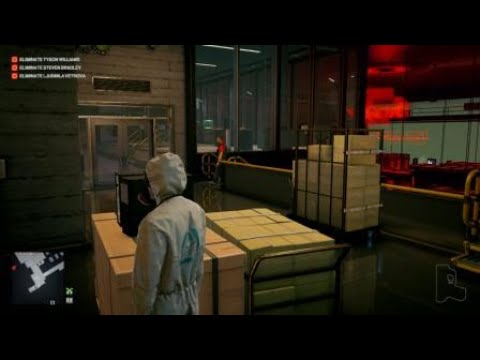 indeed. they have lines for whenever a sick person passes them

Well that one seemed scripted to me… on a “world/map” level. But the paths crossing and the actual “?” appearing and the AI turning to the offending AI and then firing out its line - and note that is normally a reaction reserved for the player pawn.

Unfortunately, I think that this might be something as simple as a collision detection response.

Edit: As @cake941 said, that phrase is commonly heard when an NPC has been poisoned. As such, collision wouldn’t be a factor.

True, but it does mean the AI are “trained” towards the stimulus of “something blocking your way”. It’s not like: “If bumped by 47, say this.”

It points to something much more intricate.

There’s also more nuanced cases of this when you consider the NoClip documentary where IOI explain that the Targets and the NPC’s all run a “priority noodle” system. Their “brains” are wired with certain things that are important to them.

And this was something always apparent to players. For example, Tyson Williams values the USB drive so much that you can actually interrupt his Doctor’s appointment by telling him you have the USB drive, but Ken Morgan’s Tuk Tuk acquisition is more important than his Queen’s Suite as you are not given the option to interrupt him once he’s told the Tuk Tuk is working.

But again, all those things were Player Pawn and AI interactions.

It’s possible, however unlikely, that given the right conditions, AI NPC’s could also initiate Combat, just that I think there are a lot of exceptions that have been handed out to prevent it from happening (eg: NPC’s exempted from Trespassing),

As @cake941 said, that phrase is commonly heard when an NPC has been poisoned. As such, collision wouldn’t be a factor.

The technician wasn’t poisoned. She was going to check on the pulled Server Racks. That said, I am not sure why there is an “empty circle”, maybe because she is preoccupied. But she is not doing the “poisoned” position.

I should add that in Berlin, whilst wearing the biker’s disguise, I get a lot of NPC guards telling me something akin to ‘You’re not allowed here!’, yet it’s meaningless and just bad programming.

True, but it does mean the AI are “trained” towards the stimulus of “something blocking your way”. It’s not like: “If bumped by 47, say this.”

It would be so funny if guards ran into walls and said „Sir,… excuse me!“

This is just wrong, Hitman AI isn’t trained it’s manually programmed. There is no stimulus response system, it is quite literally “if bumped by 47 say this”. The priority system is largely independent of basic interactions like this - from what I can tell it’s more for scripted interactions called dramas.

NPCs are not exempted from trespassing, they are just not programmed to be able to trespass. AI-to-AI combat is impossible.

The fact that the NPC in this instance has an empty circle likely means a bug has occurred causing the poisoned state to be active. The line from the other NPC is a poison line - there are no lines for NPCs bumping into each other, only BumpAck which specifically references 47 a lot of the time.

I think npcs also react to undressed npcs. Like knocking out an npc to get his disguise and if a guard wakes him up, he will run to the nearest place to get dressed. I swear I’ve heard npcs say lines about the npc being naked

Did you not play hitman 2016? It was there since then.