I’ve ran into a problem during contract creation where, in the Mendoza toilets, if I tranq a target and let it be found, I lose SA. I have no idea what causes this, but I’d love to know. If anyone is aware of this bug and happens to know a way to reliably prevent it from happening, I’d absolutely love to hear it.

Did you drag the body? Because that would negate the accidental knockout.
An accident or poison kill would also be negated if the body is moved.

Just shot him with the tranq gun. I know moving an unconscious body before it’s found will usually void SA. I’m guessing it’s a location specific bug, which is why I mentioned it’s in the Mendoza toilets.

I could try tranqing a random target in the toilet area and see what’s up.
Who was your target though?

I don’t think accidental KO’s work for targets, not since the feature was added in H2. Tranqs, sedatives, bananas, etc. used on a target all void SA if body is found. Or am I misunderstanding the situation?

Gotcha, good to know. Shouldn’t have doubted you, since I think I remember you being the one that went through and tested them all

The accidental knockout rules is the same as it was in H2.

I tried it with a target in the toilets and SA was still valid after the body was found. 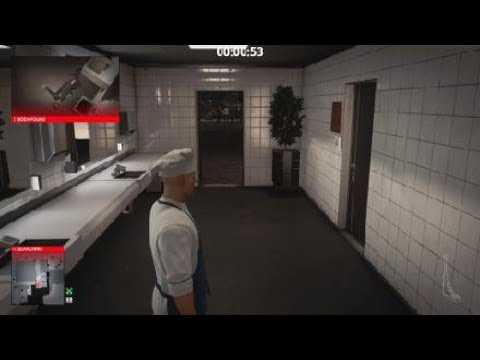 OP, if you can record a clip of it then it would help to figure out why you lost SA.

I’ll try and do that tonight. Though I found a workaround for the contract. A slight change but I’m satisfied. I’ll put it on forums when I have the time to start up the game.

Update. Weird. I tried the exact same thing and it works fine now. No idea why it didn’t previously but I think restarting the game somehow fixed whatever was going on. Oh well.

Did you try taking his disguise after a banana accident?