What H3 ETs should get as a reward

Here is where you can share your opinion on what you think should replace the location suit with gloves.

I think that they should be replaced with the target’s attire, seems like the only related thing that could be awarded.

I’m happy for rewards/unlockables to be kept separate from ETs, personally. Helps to not punish the #TeamNoRestarts crowd and incentivises playing ETs in a more risky fashion.

the rewards are kept hidden

and we finally get the(my) beloved turtleneck suit 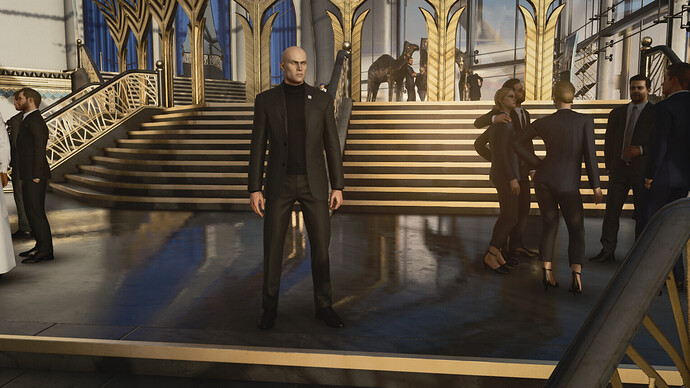 Here is where you can share your opinion on what you think should replace the location suit with gloves.

Nothing. Nothing should be awarded if you can fail something forever with your account.

It’s good they removed Suit rewards from ET as lots of people won’t be able to play all those targets or successfully complete them.

However giving nothing to replace that reward isn’t a good idea, as it kinda downgrades the purpose of those special missions.

Anyway i’d suggest making special items unlockable through those targets, like gadgets or something the Elusive Target itself has in it’s inventory (like a customized weapon or a gadget).

I vote for no reward, personally. If they make something truly useful and unique as a reward, it will be seen as unfair as not every player will be able to earn it. Since Elusive Targets are one-time only, and you only get one opportunity to beat them, and failure is permanent, there will be too many complaining that they got spotted by some random guard who turned left when they thought they’d turn right.

If the reward is not something unique and useful, it will be seen as “just another reskin” and people will complain about how IOI are just repurposing things again and not providing “real” rewards.

Staying with experience points as a reward will still garner complaint, to be sure, but at least no one will feel like they missed out I guess.

I’m fine with no location specific rewards, as long as they continue to give us free suits from escalations. At least for now new players can get the classic suits from the ET reward tracks. Would have been nice to add a new track of suits, like in the escalations and featured contracts challenges, that only unlocks by completing certain numbers of HIII ETs.

Hopefully we do get that solstice suit and the accompanying Mk2 travel briefcase SOON™.

Had they changed the format and we got replayable ETs, then more cumulative rewards would have been a good idea. This is the very last Hitman trilogy game, so losing out on a reward because of its time-limited nature would be really mean. There isn’t going to be a Hitman 4 to make up for that.
This is why I really hope that by the end of this, every ET comes back or gets put on rotation and everyone can unlock their suits with less worry.

Same. I want the ETs to be eventually permanently in the game, so I can actually play around in them without having to worry about fucking up and needing to disconnect or other bullshit. At that point, they can tie the suit unlocks in in a different way.

I’d love to have the Blood Money suit buttoned, very much like the Requiem suit.

Imagine it in black… 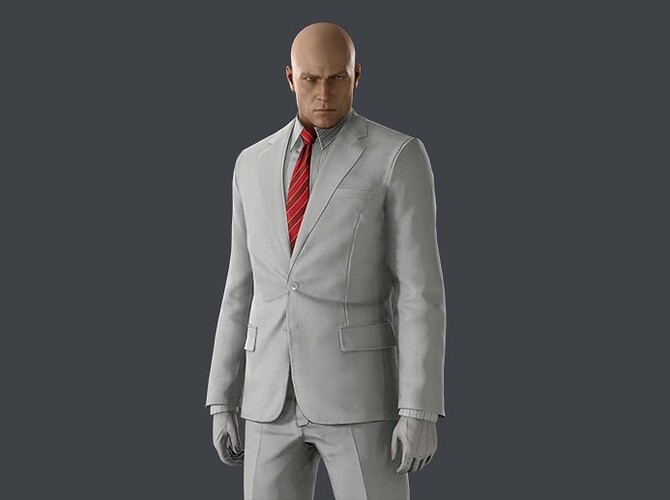 They should keep rewarding Suits for the ETs. Its nice when theres something on the line. Suits are only cosmetic, so they dont change anything in terms of gameplay. They should just put them on a neverending continious loop.

I think it should be the other way round and they should add Hitman 1 & 2 Suits and all the other ET suits, Undying Look etc to be unlocked at any time or they could sell them for £49.99

Nah a stricter schedule, where a new ET arrives every 5 days would be enough. Just make it so you dont have to wait another year for a chance of certain suits.

They should keep rewarding Suits for the ETs. Its nice when theres something on the line. Suits are only cosmetic, so they dont change anything in terms of gameplay.

There’s so many IOI could use as well. There’s a fair few they could use from Absolution like 47’s priest outfit and the one from BlackWater Park.

I do agree with you, if anything IOI should continue with 47’s suits as rewards if anything.

Perhaps making concept to suit is much harder than we think.?