What Videogame(s) Are You Playing?

a rare occurrence, but i got a platinum a few days ago. this one was for sifu which isn’t an easy game, especially when you have to complete it losing less than five lives. that’s four platinums i’ve bothered with, sitting beside spider-man, hotline miami and superhot.

i’ve moved back to an old favourite sunless sea; a top-down, narrative-focused, nautical, rogue-like set in easily one of my favourite fictional worlds: fallen london. the writing is superb, and the atmosphere is equal parts lovecraftian dread and wodehousian whimsy. delicious.

RE4 is interesting. It is very well designed. It still holds up. The adaptive difficulty it uses works so well so that you always have just enough ammo and health, but never too much.

But is it so timeless it can’t be remade? No. It has dated. The third person camera and aiming are near perfect but the fact you can’t move atall whilst aiming is something you need to get used to. It does mean when I’m in a room I feel like I’m having to run and find the best corner to then make a stand. Wish there was a weapon wheel of some sort rather than having to constantly dive back into the atache case. And the grenades mostly work but since they auto aim sometimes you can be way off, although really I tend to use nades as stun devices more than anything, even the frag and incediary grenades.

So yeah, RE4, fun time. Not my favourite Resident Evil, I’d probably put RE2 Remake, RE3 Remake, and RE8 over it (at least the Resident Evils I have played.) Looking forward to the RE4 Remake. My only concern is whether the RE4 Remake will cut content, because RE4 is a pretty lengthy game.

there are nitpicks that are dragging it down for me. The fact you’re routed to the spot when aiming.

The third person camera and aiming are near perfect but the fact you can’t move atall whilst aiming is something you need to get used to.

although really I tend to use nades as stun devices more than anything, even the frag and incediary grenades.

Ironically all the grenades have about the same offensive/stun potential, even Flash grenades because they can instakill certain exposed Las Plagas like the tentacles that can bust out of heads. They mostly differ on which enemies you can effectively use them on.

My only concern is whether the RE4 Remake will cut content, because RE4 is a pretty lengthy game.

I’m pretty certain that it will because even 2 Remake cut the length down IIRC. I’m not massively concerned about it because, while I still think the game’s really well paced, there’s a LOT of legitimate room to cut 4 down (unlike 3 where the remake went too far in cuts IMO) especially if they intend to add their own original content as I suspect they might be doing with extra Ashley segments.

There are some sequences that IMO are too recognisable for Capcom to consider cutting (eg. the choice between paths after Luis’ safehouse survival, with the option to backtrack and clear both) but there are others that could be shorter or get cut without being a problem. Especially because 4 Remake rightfully seems to be shooting for a greater horror feel which should appropriately distinguish it from the original game.

My only concern is whether the RE4 Remake will cut content

Especially because 4 Remake rightfully seems to be shooting for a greater horror feel which should appropriately distinguish it from the original game.

Again, all I want, besides modern controls/camera and making Ashley bearable, is for the remake to retain at least some of the campy humor and b list action movie feel. The original was a nearly perfect blend of horror and action and camp (which 5 and 6 couldn’t quite figure out) so upping the horror would probably distinguish the remake from the original it would also likely just make it RE2 or RE7 in Spain. The original openly embraced the inherent ridiculousness of the resident evil universe without going overboard and I just hope that the remake doesn’t lose sight of that.

What I want is for Capcom to make clear that, other than the remake of the original game that was released in 2002, which has been essentially confirmed as the true version of the first story in the series, all these other remakes are alternate universe what-ifs, and are not replacing the original versions of their games in the original timeline. Fun as the two recent remakes are, I despise the story changes they made, specifically creating a connection between Umbrella and Las Plagas where none existed before, and I worry that rumors of the new RE4 connecting to Village will also be true. They can do that all they want, but these remakes must NOT replace existing canon.

I mean, it works. But it does feel a little stilted by modern gaming standards. Especially against boss fights or events when you are meant to be running away and evading, like near the end you have to evade a boss in a maze by shooting buttons and opening doors, and it does feel a bit jilted having to often come to a complete stop all the time to get my bearings.

I finished RE4. Great game, still holds up, but definetly curious to see what the remake holds in store.

I’ve been playing The Godfather game. And let me tell you. The Safe Cracker achievement is an offer I will refuse on another playthrough. 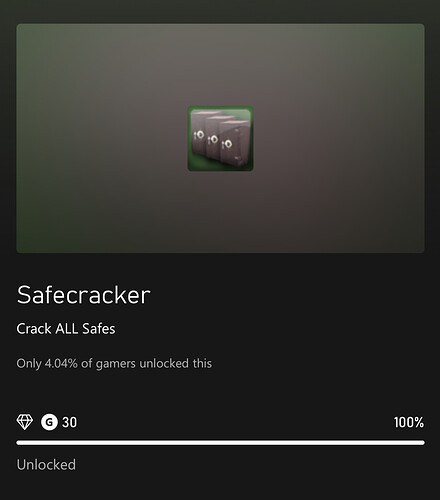 It’s a nice entry in the series, serving as a “greatest hits” with a few new additions, though it has a few issues (either as a general complaint or as a RH veteran)

The game can be divided into 3 sections: The introduction/tutorial to the games, the Tower gautlet, and the final Heaven World trials.
The first third of the game is super easy as a veteran, featuring many games from the DS and Wii editions. The games themselves are also cut-down versions, lasting under a minute each, at least in their first appearance. This makes the first section tedious.
The few GBA entries and New entries do shake things up a bit with it being “new” stuff western audiences haven’t seen which is a bit of a saving grace.

To put things into a quick and easy list:

There is no “Every Single Game in this Title Remix!” Which is a big disappointment. The Final Remix doesn’t do that, but still evoked feelings of fun though. 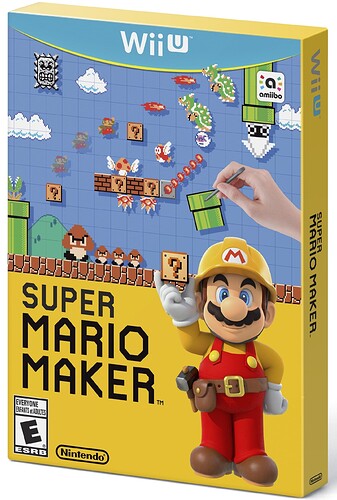 There are 4 endless games available: Coin Toss, Sick Beats, Charging Chicken, and Clap Trap. To unlock them, you need to complete the Easy, Normal, and Hard trial at the gate for the game to unlock its Endless version. It’s still a very disappointing amount since the DS game had 6, the Wii game had 9 plus the Endless Remix, and there’s only one new Endless game in Megamix.

Other than that I agree with all your complaints and would like to add a few of my own:

There’s way too few sequels returning, only 3 from each game.

There’s no sequel remixes which combine a few games from different sets in interesting ways. It’s a shame cause the sequel remixes in the past games were fantastic (especially Remix 7 GBA, Remixes 7 and 8 DS, and Remixes 8 and 9 Wii).

The English localization was very poor. My main issue is the Lush Remix, Machine Remix, and Credits music all had vocals in the Japanese version but didn’t get vocals in the English version. The English title cards are less interesting and use the same fonts over and over. Compare the cards for the Wii games in Megamix compared to the cards for the same games in Fever (especially Micro-Row). Space/Cosmic Dance got updated vocals despite not needing them because even in the GBA version the vocals were in English (and sound better than the localized vocals in Megamix imo). I understand they probably had a shoestring budget to localize the game but more should’ve been invested into the localization by Nintendo.

It’s very sad that Rhythm Heaven has never gotten as much as respect as its sister series WarioWare, and that it’s doubtful we’ll ever get a fifth game in the series. I’d even take a remaster of Megamix for the Switch with more GBA and DS games brought back.