A word to the wise there never was an ointment, it is a mind trick. Anything they could give you for the pain they aren’t going to waste on a needle. What the doctor most likely did was smear rubbing alcohol as a placebo, so long as you aren’t directly observing you are more likely to think you have received a numbing agent. I should know, my doctor has done every single trick to get me to take a needle for any reason.

5 weeks! Holy shit man!
That’s crazy that the wait is so long though. There are like 3 places within walking distance that I could go to and just walk in without an appointment. Can you go to a pharmacy and get a pair of cheaters for a couple bucks for times you really need to see ?

(yeah, I get that ear is too high. Makes him look like a monkey. Artists, how do i fix this?

Artists, how do i fix this?

idk what it is, but drawing bald people makes proportions harder. i feel you…a good rule i follow with ears is that they’re generally at, or slightly below the eye line. sometimes you can use an eyebrow to help guide you where the top of ear ends.

Do you know that quote that says that every artist has thousanda of bad drawings and the earlier you start the faster it’s going to remove those bad drawings?

Sometimes it’s better to just move on to a fresh start instead of polishing a bad drawing. Try to figure out what you did wrong and what you can do to improve on it and use that on your next drawing.

Here’s something I watched a long time ago that could help you (it might not seem very important to your current problem but it coincidentally uses that problems explanation to explain the point): sometimes you can use an eyebrow to help guide you where the top of ear ends.

Ooh nice thanks for the help

And wowowow, @William1066’s video covers exactly this!
Neat detail, I never knew about that before.

the trick i usually use for ears is to put them on the same level as the nose. if that makes sense

so, i had this bizarre dream last night where someone on the forum posed the question “are 47 and grey innies or outties?” (had a convo before bed saying how much i loathe those words, so that’s likely why i dreamt it). anyway the question rapidly turned tumultuous as multiple users publicly fought, one person modding grey’s shirt off, and another accusing that person of faking it. one whole thread was just rows of “this comment has been flagged”. several well known users were banned. im…glad it was not real. that’d be a stupid way to leave this site

47 is an innie. We know this from the open shirt costume in the Maldives.

Grey is an innie that wants to be an outtie. You know it’s not totally smooth inside but also doesn’t protrude past the top of the belly button hole. I know this bc I just do and anyone who wants to argue with me is wrong, wrong, wrong, and [insert terribly insulting phrases here], and they probably have a gross [insert opposite type of belly button than you actually have here]. Seriously how do you live with yourself?

DUDE
did grey die for you to lie about him like that??! [insert string of explicits]

(dying. that’s pretty much how it went

Ok so I know I’ve been posting a lot nowadays about my crappy exams, i promise this is one of the last ones. and HMF is

So AILET will happen tomorrow and its like, the ultimate boss fight guy or something. What sucks is that it’s in Gurgaon which is very far from where I live, something like 1 or 2 hours so I’ll have to leave quickly. And it’s extremy, extremely tough and you never know what they’re gonna ask so it’s gonna be hard and to top it all off there’s just 75 seats out of 20k people giving it, basically tough to ‘crack’ into.

On the other hand it’s hard to process this is finally over. I’m getting some heavy butterflies in my stomach tbh and rather feel somewhat uncomfortable about it, even though I’ve been waiting for this for all eternity.

Honestly there’s not much to write lmao. I’m feeling real anxious and hope I can get into it, it’ll be like the best thing ever. Though if I don’t it doesn’t mean it’s the end of the world for me, I still can get into the okish private college I was talking about, and there’s another however not as good college, and then there’s another great college the exam of which will happen on 17th next month. The only problem with that one is police once raided the place and beat the crap out of students once.

So thanks for listening to these posts and I’ll write one final post about this, talking about wherever the fuck I end up lol 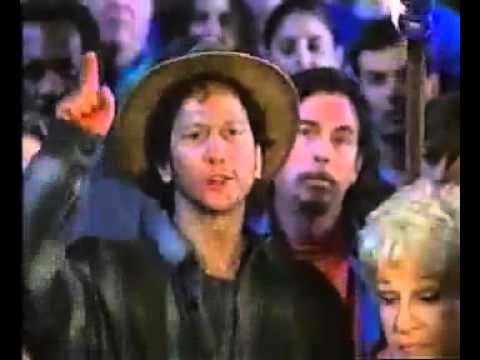 good luck, Adi. the forum believes in you!

You can do it my man, You are ABSOLUTELY AMAZING. BEST OF LUCK!

Thank you so much guys

one thing I can’t wait to do is to open my pc in a long, long time and play H3 and stuff 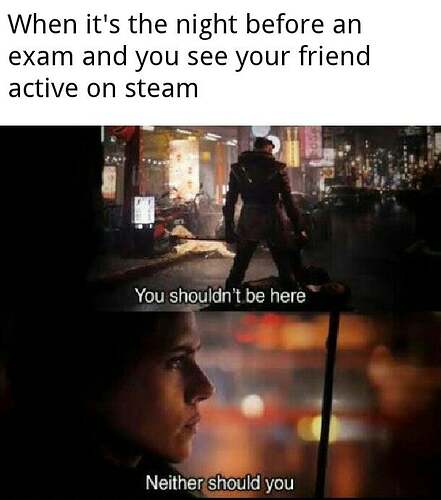 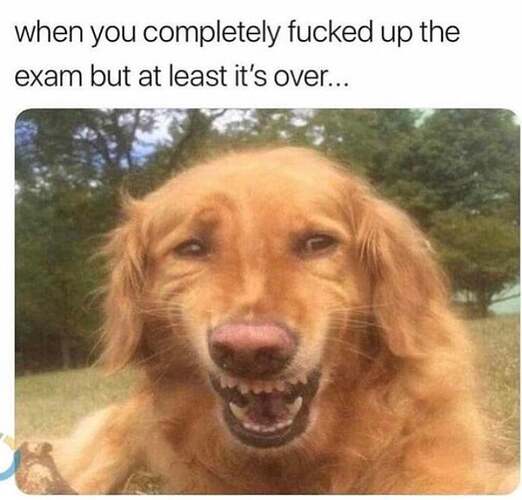 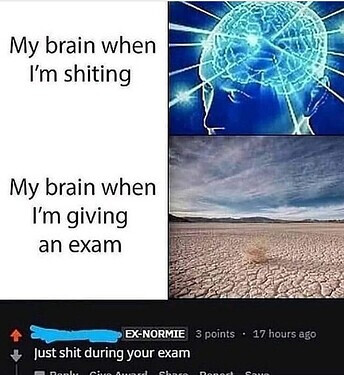 Pieces of history I encountered, collected from the archive (Thanks @Notex)

Look at the dates 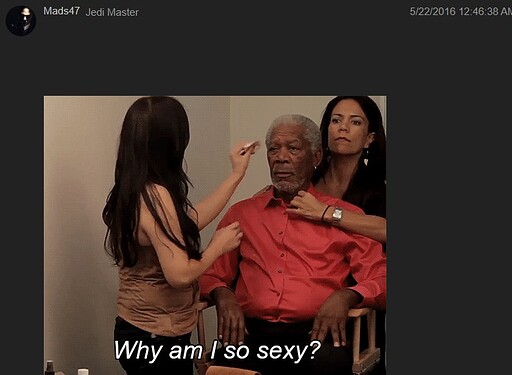 When @MrOchoa got his first pair of glasses:

@badeaguard explaining of having a VPN installed on him 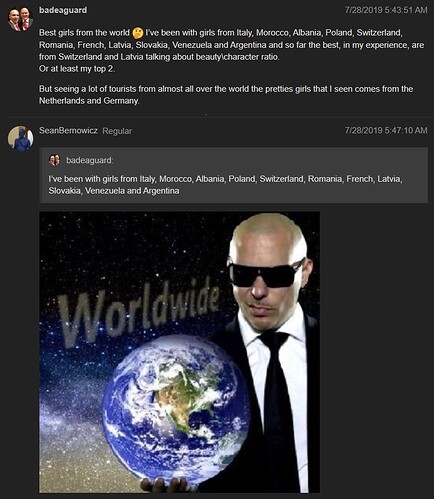 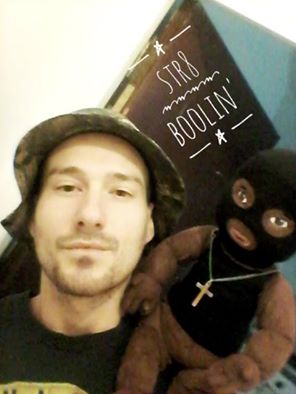 AAAAAAAAAAAHHHHH HOLY HELL I DID IT!! I FUCKIN DID IT!!! HOLY SHIT!! There are so many emotions passing through my brain and body, ah man it’s hard to explain this but I’m so happy!! I was scared and nauseatic moments before the exam but somehow there was a shock of lightning in my brain or something, I swear I’ve never done anything so fast and with concentration in my entire life, didn’t spend even a moment distracted or anything and thankfully everything from general knowledge came from all the gk i had studied. this is the most glorious thing of my life! I did almost everything in English and legal and everything else, the bombastic part is that somehow I could also do 8 out of 10 maths, I could only do like 2 in mock tests I did so far and even then one of them would be wrong, but here it is fucking mega!!

Ah man, I don’t the hormone thing that is secreted when you’re happy but I can say it’s in full force rn, thank y’all and HMF so much and that I could share a slice of my life here, making a post about exams made me very chill about it and I can’t wait for what’s ahead!! 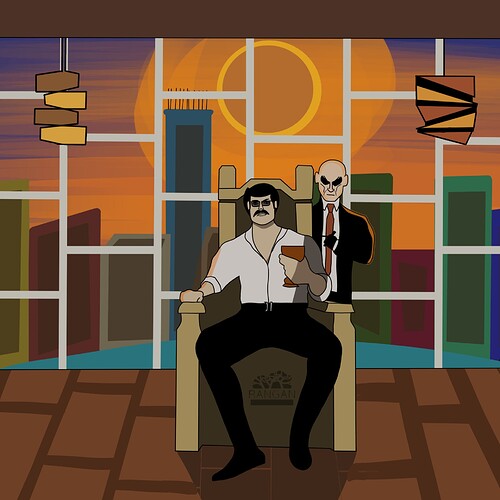 Bask in it! Savor every last moment! YOU deserve it

Congratulations! Now you have to play some Hitman in celebration!