Those of you creating or playing contracts know it: There are better and worse targets. So let us know your favorite targets in all the maps. I’ll start with my favorite target of all the new maps: Luise Hummel in Berlin. She has a great route (I don’t like static targets that much, they are a nice addition to a contract but never the main targets). And she’s always in company of another great target that walks with her.

Don’t get that many great targets otherwise in my opinion with the new maps (apart from the "official targets and special characters). There were a lot more moving targets in the older maps. But let’s list them: The best NPC-Targets of Hitman. Ever.
(PS: If you’re interested in choosing good targets I’ll refer to this guide)

Here are a few ones I remember:
Hansi Schumacher, Landslide: great route, a somewhat unique look. I actually used him in one of my player-made elusive contracts he was so good.

Kate Switzer, Larry Tracey, Miami: They are the two people who are training by the food stands near the Kronstadt building. You can give a good backstory to them, they have fine enough routes, and go by a lot of “opportunities”.

Yamato Narita, Hanna Olsen, Ellinor Yasuda, Erik Baumgartner, Haruo Nakamoto, Hokkaido: They might be half-stationary targets, but they also have genuinely amazing opportunities and amazing locations.
You can go in as Jason Portman as a way to engage, open the cafeteria in the break area and poison the food, drop an icicle, etc. It’s also easy to give them a good backstory.

Muriel Mortensen, Isle of Sgail: She is the mortician in the basement working on Janus. She does feel like one of those filler H1 ETs, but when talking about contract targets, that’s actually a good thing. Of course, there are no real opportunities, but she still gives the player a good challenge.

I’d like to think I make pretty decent contracts, but people definitely make better ones so I don’t consider myself an expert. However, I like potential targets that are in small groups of like 2-6 people where a least half of them have some sort of movement. Their routes don’t have to be large but they have to be enough so that the player can find the right timing to get the target in the middle of that or create their own through some manipulation. Don’t ask me for any specific ones off the top of my head, though; I’m terrible with names unless they’re like beaten into brain.

Jimmy Hoffa, Whittleton Creek.
He just walks from door to door ringing doorbells, just lure him helen’s home in and cremate him in the basement

Yes, yes, a million times yes! I was thinking about this topic for a while! I’ll probably go back and include some Legacy targets, but I usually look for targets with routes and aren’t a prominent figure in the main story because who wants to kill Sister Lei a million times? Most of these targets are from my Queen’s Gambit series, since moving targets are more fun to route.

Dubai: Not necessarily a fan of making non-puzzle contracts here, and people should know that my favorite contracts are story-based. There is Roy Albert at the bar; who offers a good poison opportunity / fall opportunity. Otherwise; there’s this one guy who goes to the exhibit, but he was super glitchy when I was exploring Dubai.

Dartmoor: Without a doubt, Lawrence Hunt is one of the best targets in this map. He goes inside AND outside, so the opportunities are endless. I wouldn’t necessarily choose this target because of the millions of Carlisle family contracts, but Emma Carlisle has a really cool route you could trigger doing certain actions.

Berlin: Like djsosus mentioned, the duo of Edelgard Winter / Luise Hummel is one of the best throughout the trilogy. There’s so many opportunities to kill one / both; and people can even be creative if they needed to get rid of one. There’s also the more straightforward Lasse Danegod, Gustav Reuter, and people with smaller routes such as Otto Kerper, Winfred Schuterp, and Gilbert Hoeffler. The club has slowly become my favorite in the whole trilogy.

Chongqing: The Zhaos are definitely going into a contract in the future. They make use of the city and the apartments area. They are easy to take out but there’s a lot of opportunities to kill them. There’s a couple people who walk around with an umbrella and those people are also good to kill since they have a route that’s so flexible! There’s also another couple near the riverside walkway start that move after doing something.

Mendoza: While I can’t remember the names, Mendoza has a couple of roaming NPCs who definitely offer opportunities to kill. I don’t know, non-disguised NPCs let my storytelling prowess shine.

I think that’s another important part when creating a contract. Choosing targets with or without disguises. And choosing complications accordingly.

I didn’t even notice the typo! Will try to get a list for every mission as well. There are so many great targets, especially in H1 and H2.

This is quite a good idea for a Topic actually. Gonna be back in a while with my insights on a few good NPCs.

Which NPC is Jimmy Hoffa? I know the politician goes door-to-door but his name is Charles Blake III.

I only know of this guy going from door to door in Whittleton Creek: Trevor Skinner (I call him “Surfer Guy”). 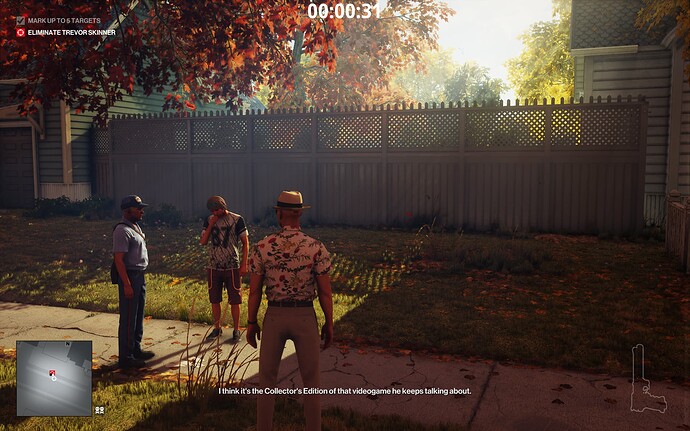 The Doctor in Haven is a really good target as well as the scientist Hush tells to go get the fuse cell. Theres lot of good NPCs in New York but the Intern is also really good for Marrakesh because he starts in the market and goes into the consulate

Ajimat Kusumo in Ambrose is a really good target but he became so fast overused, he is just an easy choice for many contracts, since he is easy to kill.

He is the NPC that pees in the sea near the brick boat exit.

I posted the wrong image on the previous comment lol 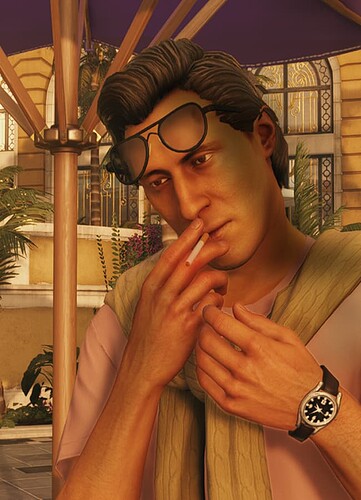 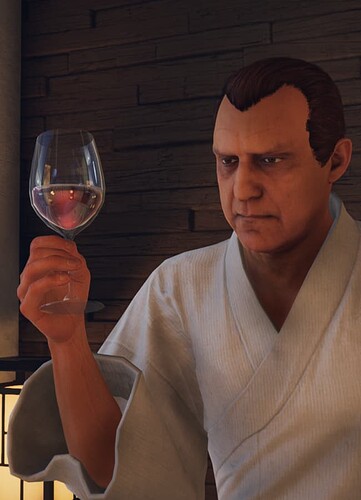 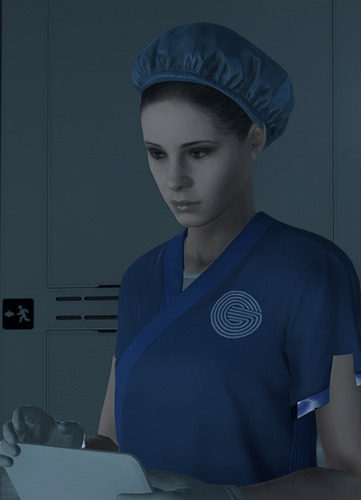 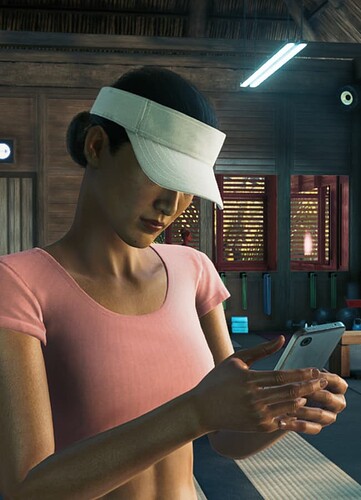 James Corden is the perfect target. Because everyone hates James Corden.

hey man, you know there good NPC’s when I’ve made custom ET briefings for most of them!

Maggie (I forgot her last name

Maggie Fan. She was a Target in my unreleased 9th Custom ET Contract Mod.