What's up with 47's fascination for the AMT Hardballer?

47 seems to really like AMT Hardballer. He doesn’t want anything that holds more rounds, he doesn’t want anything with any new technology. He prefers having to operate 2 safeties before he takes a shot, even when he needs to do it quickly because of his line of work. Wouldn’t something like a glock work way better for an assassin?

Wouldn’t something like a glock work way better for an assassin?

There are many different weapons that would be more fitting then Hardballer. It has a history of being unreliable. But it’s a fantasy, it’s a stylish weapon. There are also more fitting ways to not draw attention towards oneself then being bald with a barcode tattooed to the back of one’s head.

Keep in mind, though, that 47 had his ballers made custom, likely by an agency gunsmith, so they probably work better than the brand that’s publicly available. Also, since 47 is such a perfect shot, and has practiced extensively with his ballers, he’s likely aware of their mechanical shortcomings and already knows how to compensate. Add in how he avoids using guns whenever possible on a hit, and how he’d likely not resort to handguns unless he was within close range, and it’s likely that they just have an irrational appeal to him in the same way his suits do, and he just uses them for his own personal style and identity.

I mean, if not for 47, how many of us who aren’t gun nuts would have even heard of the AMT Hardballer? I was reading on of Stephen King’s short stories in the Just After Sunset collection, and the villain in that story is explicitly described as using an AMT Hardballer to hold the protagonist at gunpoint. I knew immediately what it was, but only because of Hitman.

Outside of what was already written (which are the in universe reasons and valid).

The matter of fact reason given, is that the first Hitman was in essence a 90s/start of the 2000s action B-movie. And the AMT is big, shiny, loud (in both definitions), “powerful”, and overall perfect for the protagonist of such kind of story. At the time.

(I will have to find the source, but I remember that it was genuinely the given reason by the devs at the time)

After that, well it’s legacy.

The Hardballers were a 50/50 cases: they either were hot garbage or one of the most reliable handguns you’ll ever own. There was no middle ground. But sure 47 has customized all his Hardballers to be the best of the best and at least we know in WOA trilogy the ICA made their own versions of extremely high quality.

There isn’t much to add here as everyone above has pretty much nailed it!!!
@LandirtHome it was the first all stainless steel clone of the 1911 so it was in A LOT of fiction. You can see one Last Action Hero, The Terminator, Predator 2, Natural Born Killers, Billy Zane has 2 in the Phantom

I’d like to say that I too am glad he uses a big flashy gun (or dual big flashy guns). It gives him some personality and back when C47 and H2SA came out there wasn’t a whole lot else that hinted at who he is.

Anyone has any questions about differences between the gun from the game with the actual Hardballer? 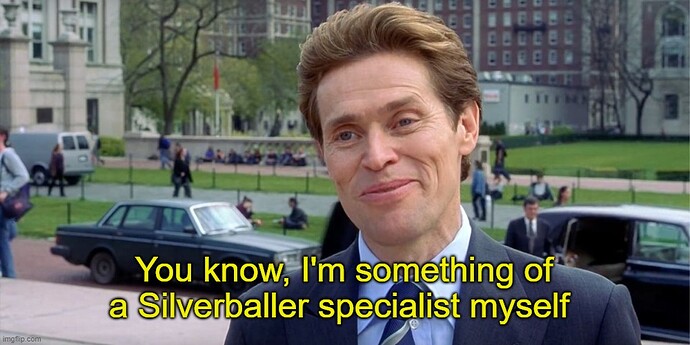 What’s up with 47’s fascination for the AMT Hardballer?
…Wouldn’t something like a glock work way better for an assassin?

Story-wise, 47 has had a long personal history of using Hardballer models. The Dual Silverballers, in particular, have been his signature weapon since his days at Dr. Ort-Meyer’s Asylum, so he has quite a lot of experience with this type of gun and may even have some affection for it (most noticeable in Absolution, with how he talks about his Silverballers in that game and all).

I think that is the reason why he chooses to always use custom variations of the Hardballer over any other pistol: because of the history they share together. Thematically, his preference for the Ballers also fits so well because in real life, the AMT Hardballer model is supposed to be a clone of another pistol, just like how 47 is a clone himself, so there’s definitely a deeper layer in there, if you think about it.

Also, about the OG Silverballers in particular… nowadays the new trilogy doesn’t put an emphasis on them at all (unlike the earlier games) and there’s no Dual Wielding anymore. You can still take the “ICA19 Silverballer” on a mission if you want, but in H1/H2/H3 it’s just one of many gun options, and you’ll never see it used on most cutscenes and marketing stuff, so its much easier to just not know about the significance of 47’s iconic dual guns.

And besides, the “ICA19 Silverballer” you unlock in new trilogy is technically not the same Silverballer gun from the earlier games. Not only is the name different (the “ICA19” part of the name implies it’s a ICA-regulated gun, when in the earlier games, the Silverballer was clearly 47’s personal pistol independent of the Agency), but the engravings/colors/general details on the 3D model are all changed, so 47’s iconic gun just doesn’t really exist anymore
(@Badeaguard you know what I’m talking about, I think

Still, 47’s preference for using versions of the standard Baller model clearly remains, so at least that idea is still present in the new games at least. Shame it’s not the classic Silverballers tho.

I like to believe 47 still carries two of them, and that in cutscenes we only see one for non universe reasons (mainly that the fan base would groan and moan if he had two in cutscenes but we could only have one so IO just chose to only ever show us one at a time

). Of course I could be wrong and 47 has mellowed in his old age… carries one bc it’s practical and, honestly, how many times is he gonna get into a giant fire fight?

Edit: I don’t think either is junk. Just taking the context of the question to a ridiculous extreme for lulz.

I promise you it’s not junk. The quality control was just not there. You have to buy two of them and throw away the one that doesn’t work. The other will work even 40+ years later.

also Silver is the 47’th element on the periodic table

I’ll be damned, it is! That could explain the name because I’ve never bought the explanation given prior, that 47 calls them his Silverballers because of the custom pearl handles, as if pearl has anything to do with silver. I always figured just because of the silver color of the gun itself. This might actually be part of the explanation. 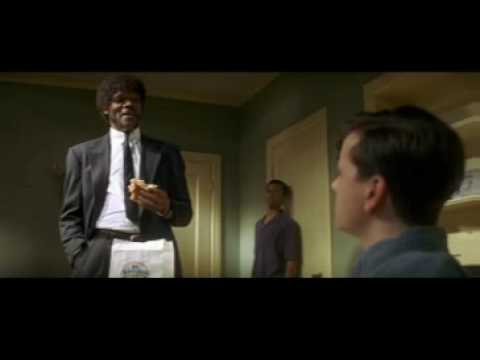 also Silver is the 47’th element on the periodic table

Oh, piss off, I can’t think of everything!

because of the custom pearl handles

Pearl handles? Count me as confused. I thought in C47 and H2SA they had wrap around black (rubber) grips similar to what the hardballer actually came with albeit the H2SA ones had the modified fleur de lis on them. Then in contracts the grips changed to the wrap around rubber and wood grips that are basically the pac mayr American legend grips and it’s been that way ever since.

Welcome to the part that never made sense.