A mission where we must find and kill Jiao?

For me the perfect mission would be snowy dartmoor with a party in the Manor, we need one proper snowy map in this trilogy, Hokkaido doesn’t count

Listening dialogues in Mendoza, I heard about the gang war betwen Hector Delgado and Moreno. Delgado is hunting members of the rival gang, because he thinks they killed his brother, Andrea Martinez and Jorge Franco. What about a mission where the gangs tries to make a respite, but someone, taking advantage from the presence of both the bosses, asks us to kill them? Maybe one of the way could be making them start a shooting and killing themselves. Like in this scene of Deathwish 4 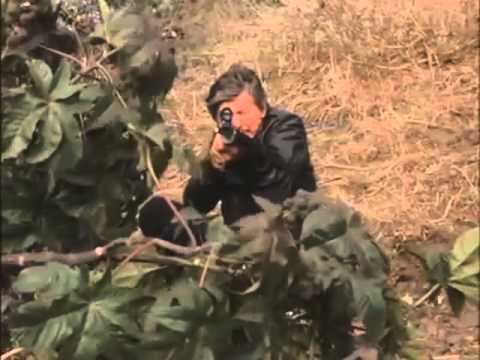 From the choices, I picked Night Race in Miami… But not a race per’se… But just utilizing the Pink Flamingo Hotel. Make it have an interior with any number of Rms (some can be closed off …I guess

The setting: A Roof-top Party.

47 might have an outside starting point. Maybe from a car in the nearby parking garage, or from a gate that also serves as an Exit. Or he could start lying in bed in one of the hotel Rms and the lights and noise are making it extremely difficult to get any sleep!

The main target might be the DJ… Or it could be 1 or more person’s attending said party.

Access to the roof area would be guarded, granted only with an invitation. But there’d be other methods of access.

I said ‘No Race’, but there could be cars, maybe Ferraris

that move around in the street or some other inaccessible area. Might be used for a kill method/opportunity.

The roof area would be decorated heavily, with lights strung up, maybe a disco-ball, other spot-lights going back and forth with their beams shining upward. Balloons, streamers, posters hyping the celebrity DJ…

The floors might get trashier as you go up and closer to the party.

NPCs could be guests in the lower floors, the amorous couple on their honeymoon, the stressed out business guy, an eccentric resident that’d tell you to get off his lawn (if he had one), caterers for the party, hotel staff, management, then the party goers. Or anything else.

Somewhere on the map there NEEDS to be a white hockey goalie mask, or disguise that includes said mask (along with a knife, maybe some pills). Make it an EE with some slightly complicated way to make it appear. It’d be referencing another game. Bonus EE if you do… what you must do.

Edit: Most of the area we had access to in the daytime would be blocked off, such as the Kronstadt building and Race area… At least, I wouldn’t see the use for them.

Love this idea. Maybe they could use the medical building or the Kronstadt racing pit as a temporary kitchen for the caterers? That way a little more of the map would be used.

I’d love to get a bonus campaign with 4 maps, now immagine that the remaining providence operatives are planning their revenge on 47 and Diana…

Paris by Night: Ballroom situation like invitation to a party, just inside and in the courtyard instead of the catwalk there’s a gran waltz.
Objectives:
Eliminate Alexander Fanin and Theodore Kohn (and the 47’s new brother.)

I’d love to see this as a proper mission objective in a level again.

With multiple ways to complete it right?

Because I really don’t want to go to the basement he’s locked in for every playthrough.

Maybe he’s been captured off map before the mission starts and 5 min into the mission a motorcade will arrive with him in it. The player has the option of springing him prior to them walking him to a cell, once he’s in the cell*, or even when he is brought from the cell to speak to the bad guy and then put back. Maybe even a control tool on the other side of the map that’s much harder to get to SA but you can unlock the door for him from there?

*you can sneak in or already be in place as one of the guards. Same with the meeting with the bad guy. Hell, maybe you can even BE the bad guy. There are ways to make this have options.

If it happens, I imagine most people will also want it to be an optional objective on future playthroughs

Maybe he could spawn at one of 4 random locations each playthrough? Like the objective in Invitation to a Party, or The Revolutionary, or The Fugitive (sort of).

Maybe he’s been captured off map before the mission starts and 5 min into the mission a motorcade will arrive with him in it.

This may not be a problem during the first run, but in successive runs this means that players may have to wait several minutes for the object to show up on the map.

Yea but it doesn’t have to be 5. It can be 3 min. I’m also assuming there is a target on the map. If you want to then go handle the target first and by the time that’s handled smith is now on the map. Alternatively smiths motorcade could arrive during the opening cutscene and now there is no wait.

Speaking of Flatline, a lot of the maps in the WOA trilogy seem to have a lot of resemblance to Blood Money, a campaign I’d like to see is have maps like Hokkaido, Mendoza, Whittleton Creek, Berlin become missions such as Flatline, A Vintage Year, A New Life, and A Dance with the Devil.

You just sparked an idea in my head.
Have a select few locations and turn them into older Hitman missions.
(It’s a pretty long list, but stick with me. I tried giving an idea for every WoA location):
H1:
Paris - Curtains Down, turning the catwalk into a stage, and the room in front of it into a waiting area.

Marrakesh - Might be a bit weird, but Motorcade Interception (although Marrakesh isn’t exactly good for sniping)

Bangkok - Traditions Of The Trade without a thermal bath.

Colorado - Till Death Do Us Part without a lake.

Hawke’s Bay - This is stupid, but End of the Road

Miami - maybe Murder of Crows? Use the public areas as some sort of celebration? I don’t know.

Whittleton Creek - I think this one is obvious

Dubai - A Dance with the Devil

Mendoza - another good candidate for A Vintage Year

That’s my list for almost every location in WoA.

Lately i cant really get the idea of a Ski Resort out of my head. What are the chances that we can make them make one? If we all rally behind one great idea for a bonus mission maybe we can pressure them into it.

I know thats would be a new location and not a bonus mission.

And i say that with sarcasm, maybe half sarcasm. But i really do want a ski resort.