Will H3 come to steam this month?

Any info from devs?Or could devs respond here?
Im asking because i wanna buy H3(but not on egs) and lack of pre order store page kinda worries me, i also have other game i want to buy so i would like to know i should just wait or if i should just buy the other game.

Any info from devs?

Or could devs respond here?

If HITMAN 3 will arrive on Steam, it will happen not before January 20th, when EGS exclusivity deal expires

I watched year 2 trailer now and i think chance is great, since in video it looked like they used Valve Index and VR should come January 20 which is day when exclusivity ends.

Realistically, there’s very little reason not to release the game on other platforms. The deal with Epic likely includes a clause that the one year exclusivity is actually exclusive - meaning they cannot comment on releasing on other platforms, advertise on other or about other platforms, allow pre-release info or sales, etc. On the 20th we’ll likely hear news about what’s coming but nothing before that due to those deals.

We have no explicit confirmation, but I would bet on yes.

I’m unaware of Epic creating any exclusivity deals longer than one year. The only exception I know of is Borderlands 3. (which negotiated a shorter 6 month exclusivity period IIRC)

If Epic broke their usual conventions and wanted to pay IO to keep Hitman 3 exclusive another year, it’d be a little hard to imagine they would be willing to pay IO more money than they’d expect to earn from a Steam launch. Bringing a game to Steam is almost like a second release day for your game, so it’s hard to imagine Epic would be willing to match or exceed those potential financial gains just for a little extra exclusive time for one stealth game.

From there, let’s say IO are now free from Epic’s contract… Why wouldn’t they port Hitman 3 to Steam, then? I don’t see why they would continue holding out in that scenario. It’s the best selling Hitman game of all time and they’ve got the chance to relaunch it on one of the industry’s biggest gaming platforms.

Finally, as a bonus assurance worth noting, Epic Games Store’s VR support leaves a lot to be desired. The push to get Hitman 3 PC VR compatible pretty much guarentees a Steam release IMO.

Honestly, who knows? It could, or it couldn’t.

tbh I can see them putting it on there as soon as they possibly can, just to get it on there. But then I can also see them waiting for one of the bigger “Year 2” content drops so that it can launch on Steam with a bit of fanfare and its not a situation where its “just the same game that was released a year ago”.

I watched year 2 trailer now and i think chance is great, since in video it looked like they used Valve Index and VR should come January 20 which is day when exclusivity ends.

The push to get Hitman 3 PC VR compatible pretty much guarentees a Steam release IMO.

Tetris Effect was an Epic exclusive for an year where there is a VR mode too but if you want to run it VR, you have to use SteamVR (I don’t know if for Oculus platforms was needed because some games have native compatibility without any additional software).

So just because a game use something related to Steam (software or hardware), doesn’t mean necessarily that the Epic exclusive it’s over. But, in this case, there is a good chance that is coming to Steam once and for all.

And to be clear, I don’t want to ruin your hopes for a Steam release, I would be grateful too (and I bought the game on Epic). What i’m saying is don’t get to the hype train for something that, for now, isn’t even announced.

It uses SteamVR for the most part, which as I’ve had to say and repeat in multiple different places, is not specific to steam; it’s a bundling of various OpenVR tools and standards that can be used on any launcher. It’d be the exact same experience if a VR Game was on EGS or Steam as they use the same protocols underneath provided by SteamVR. There’s functionally no difference.

Technically? We don’t know.
Realistically? You bet it will.

For any questions of Steam releases IOI have either avoided them or said they “won’t talk about that at this time” which – in the business of video games – is weird if you want people to buy your game on this exclusive platform.

If there were no Steam release on the horizon, I’d bet IOI would double down on “This game is exclusive to Epic Games Store, it will not release on Steam”.
But since it most likely will release after the first year, they can’t just say “we’ll talk about releasing it in January of next year” or “yes, there will be a release on Steam later”.

Contracts, legalese and all, preventing them from speaking about something that’s clearly in the cards. I know IOI have had some problems with communication before, but if there really were no Steam release coming soon, they’d say it, that way it could draw more consumers to buy it on EGS instead of blindly waiting for a version that’s nowhere near release.

Plus, with confirmation of PCVR, Steam is the perfect fit for it. I haven’t heard of any major games or VR categories on the Epic Store, but Steam is very well known for supporting VR.

Not to mention the direct quote from Travis in one of the IOI Insider streams earlier in Summer (ish, I think) 2021 that HITMAN 3 would be “coming to more platforms next year”.

It’s coming, for absolute sure, they just can’t officially say so yet.

“coming to more platforms next year”

I call it. It’s coming to iOS and Android (I know it’s unrealistic)

Today I saw an article in Google recomendations which said that HITMAN either about or already launched (don’t remember exactly) on Android.
I didn’t read it though, because I’m not interested in HITMAN on Android.
Maybe the article was about Sniper Assassin though, but it said exactly HITMAN in the headline

I haven’t heard of any major games or VR categories on the Epic Store, but Steam is very well known for supporting VR.

SteamVR is not launcher-specific. Also; Tetris VR was an epic exclusive and used SteamVR to run the game. Not being on Steam is not why PCVR was delayed until it goes onto Steam (that most likely has to do with Sony and PSVR).

It very much does have a VR category: 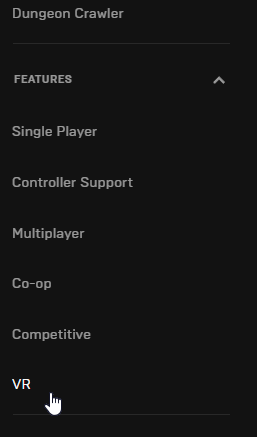 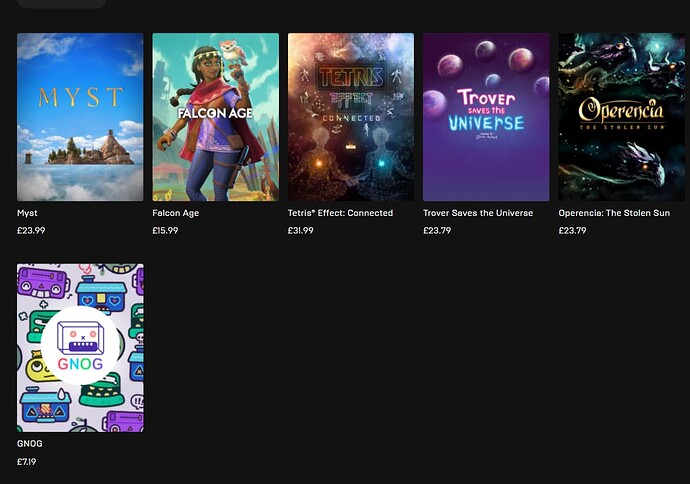 I know that not only Steam has VR games, and the reason it’s taken so long is because of Playstation’s deal, it’s just that to me, I feel like Steam is the much more prominent marketplace of VR titles, and so launching that alongside the Steam version, just as the contract is up, makes sense for visibility, sales, and exposure of the VR mode.

There was also another stream that, to me, seemed to imply they can’t even discuss Steam publicly while the EGS deal is in place in regards to H3. Travis said something along the lines of “there are questions about the game coming to… [awkward pause as he figures out what to say] a place that it is not at the moment” before going into the standard “nothing to announce” speal.

So we most likely won’t see anything about Steam from IO until the EGS deal has expired at the absolute earliest.

“there are questions about the game coming to… [awkward pause as he figures out what to say] a place that it is not at the moment” before going into the standard “nothing to announce” speal.

I am surprised they haven’t announced anything yet about a Steam release though, since other titles have had that 2-week grace period before the contract’s year is up to do so.
Here’s a blog post from Remedy I found that was published right on the dot 2 weeks before Steam launch. 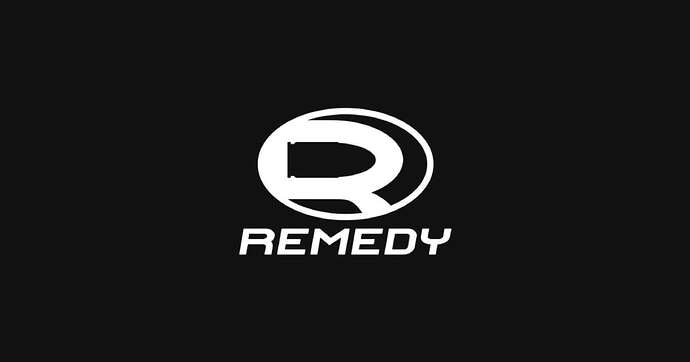 This is the complete version of the game – buying the Control Ultimate Edition gets you the original game as well as both expansions (The Foundation and AWE), Photo Mode, Expeditions, along with all previous content updates to the game. How can you...

EDIT: Actually, now that I think of it, this was announcing the “Control Ultimate Edition” a completely different SKU to the original game’s file (at least on Consoles)

Perhaps Epic’s contracts have tightened, and they’re further discouraged from talking about competition? Or it’s just IOI being cautious for caution’s sake.