Well, it’s pretty much what is in the title : I wish Hitman III had new difficulty settings based on the way the classic games played.

And contrary to my last Wishlist post, I genuinely think that this one is feasible.
First, as much as I have no idea of how the game works behind it all, I think the gameplay tweaks could be made through the difficulty select setting (it’s already the way they work, and professional mode in 2016 showed us what was possible). And second, because this would not mess with the leaderboards (bonus : potentially new challenges).
Finally, it’s a medium work, potential high replayability / impact wish. 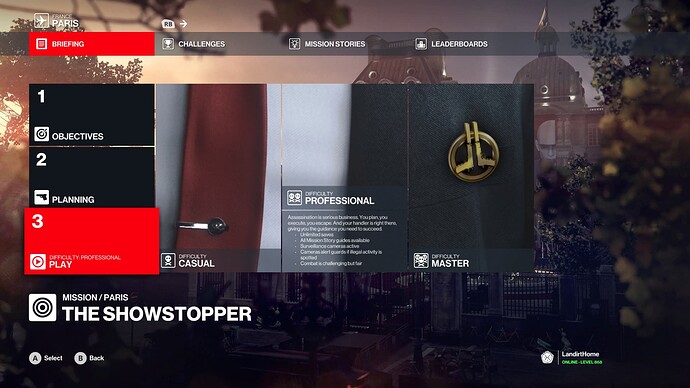 Concretely, I wish for two new difficulty settings. In them, to obtain 5 stars / silent assassin rating :

It would be a blend of restriction, and more opportunities, more freedom of approach. Which is the main reason I looked for a way to be leaderboard friendly.

I honestly think it could be fun. What does anyone else think ?

Bonus third one : Absolution setting : everyone wearing your disguise is an enforcer.

leave no evidence (suit, or weapon. I believe this mechanic is currently to be implemented in Freelancer)

I believe it’ll be lets say you brought in a silverballer but left without it you lose it, i donlt think you’d need to get all your items back, but hey that’s just a theory… A hitman theory.

everyone wearing your disguise is an enforcer.

I don’t think anyone missed that from Absolution