I’m sure there are some other football fans among us and I since most semifinalist this world cup have a destination in the Hitman trilogy (Showstopper, A Gilded Cage and The Farewell) I felt like it would only be appropriate to talk about the possibility for a challenge and maybe even a item referencing one of the biggest event in the world.
Now I’m only a naive casual, so please have mercy on me with creating this topic. I wanted to see how it works and I checked some latest wishlist posts to be sure I’m not coping someone elses idea. Obviously Croatia can still realistically win the tournament, but let’s focus on the important stuff.

My idea is that IOI could make a challenge referencing the winner by putting a challenge to the location of the winner and making it referencing either a important player or the world cup as a whole. Like for example, if Argentina wins, making a challenge in The Farewell either named “La Pulga”, tasking you with passing a frisk point will doing something original (Let’s leave it that way for now) or rewarding you with a item called “La Pulga” (some explosive so small you can take it by a patdown) referencing Messi.

I do believe tho coming up with a challenge is better without really trying to force a item, because year 2 is ending and a challenge shouldn’t be too hard to implement, so keep that in mind. I will obviouly also try to come up with something good myself, but I wanted first to get the idea out. :))

Didn’t read the post, but accodring to the title - isn’t this suggestion a bit outdated?
I mean World Cup is almost over now and there is no updates planned until the possible update with the release of Freelancer in the end of January.
This suggestion would’ve been valid few months ago at least. Or it will be valid in 4 years

Well I mean it more as a reference you know… like obvioulsy they are not gonna make a event or whatever, I just feel like if a country having a location wins, it would be cool to see a referencing challenge you know. It is more relevant now since 3 out of 4 countries (

) still in the compatition have a location.

Maybe someone can mod the “Original Kai” to look like a soccer foot ball.

Then you can try your luck at kicking it outside and then down the hill!

As with any sport, it’s best to warm up before you play. So get in some push-ups before the big game.

I’m referring to an EE, btw. 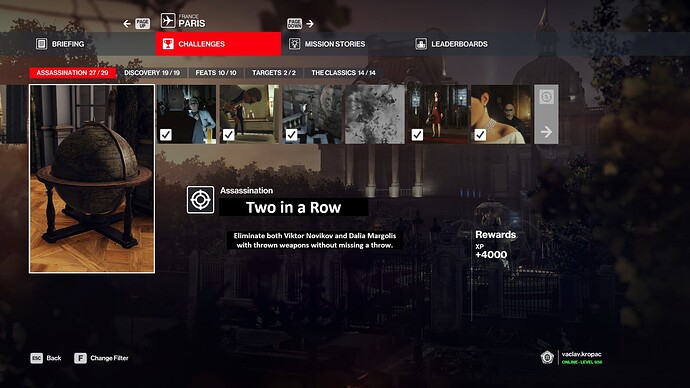 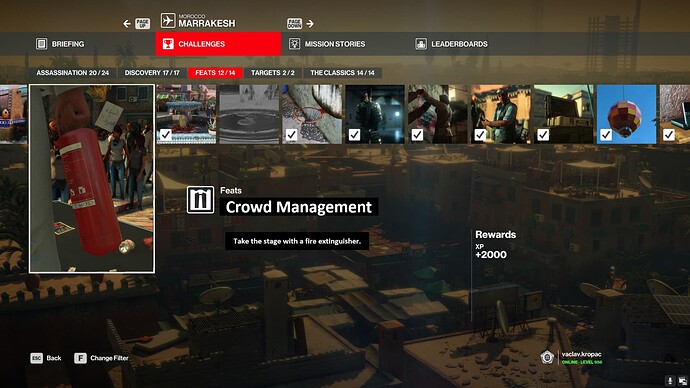 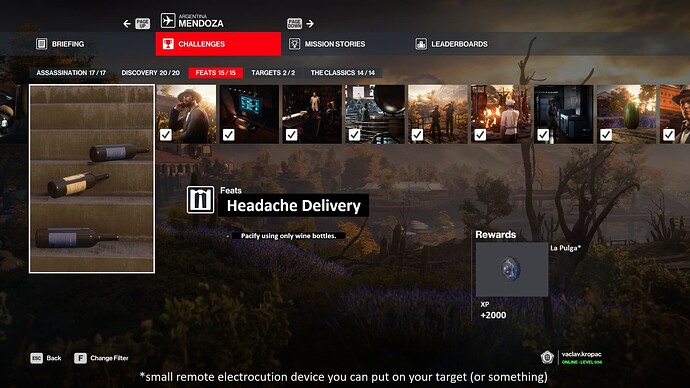 I know. But the mod with the ball is more likely to happen than IO making new challenges that would only apply to a niche portion of their customers.

And this would make it appeal to an even smaller niche group of people. What about the team that lost to the winners? Would this be a cruel and apathetic reminder of their defeat forever immortalized in (the) game?

I can only think of at least 2 references to sports in the WoA. Throwing a billiard ball into the hoop in the abandoned school/base in Marrakesch (referencing Basketball), and the Sniper (related) EE in Bangkok (referencing Golf).

Of course, you’re free to wish. I just don’t see it happening.

How would that be a crueů reminder of anything ? Besides, if we couldn´t celebrate the win of someone what would that win be for lol ? Losing is a part of life and my idea is more about celebrating an achievement, which a lot of games do (mostly related to their stuff tho, like Fiery Bat from Hearthstone)
Also how would that apply only to a niche portion of their customers ? Challenges are for everyone and they are some I have no idea what they are referenicing and it is not like I´m sad about it. Maybe you don´t like the team or something, but it is not like it is part of football anyways. It is just a challenge that can be pretty interesting to complete, so everyone could enjoy. (The more creative and smart challenges we get, the better in my opinion… even if we do not get a useful item or an item at all… we get to do something fun)

I don´t see it happening either, but I just found funny that there is a very high chance of a country winning with a location in hitman + it keeps me coming back with something fresh into hitman and I´m happy for every second I can spend in WoA.

I actually like this idea but I think it would have worked better if Croatia also had a location in WOA so they could do something for all four semifinalists regardless of who ends up winning. Or they could maybe have done an event using the individual locations of the trilogy that took place for the month or so the World Cup did.

Maybe in four years they could put something on? Or maybe something for the Women’s World Cup because that’ll be next summer in the middle of Year Three?

Maybe Isle of Sgaìl or Sapienza could be used for the Croatian reference. It’s not perfect, but it is as close as we could get it, besides Isle of Sgaìl is maybe part of Scotland but you don’t really notice while playing or atleast I didn’t, so I don’t think it would be such a insult or something.

Or a croatian elusive target could happen, if they would have the time and will… they are generally a lot of ways they could make something for every semifinalist if they would want.

Or a croatian elusive target could happen, if they would have the time and will… they are generally a lot of ways they could make something for every semifinalist if they would want.

The more the merrier,
Maybe it could be a Croatian sports referee who has a foul temper and the client could be someone from whatever team loses (idk who because i don’t care for Sports and so haven’t kept up

Well now the winner is gonna 100% have a location in the game and both deserves a mention since France could win a 2nd time in a row which happened only twice before with Brazil and Italy (I believe) + Novikov is Russian and Margolis is from the Middle East, which is not perfect, but good enough (since WC18 was in Russia and WC22 is Qatar). And Argentina has one of the GOATed players that is probably ending his career before the next world cup.

It’s probably not happening, but yeah. 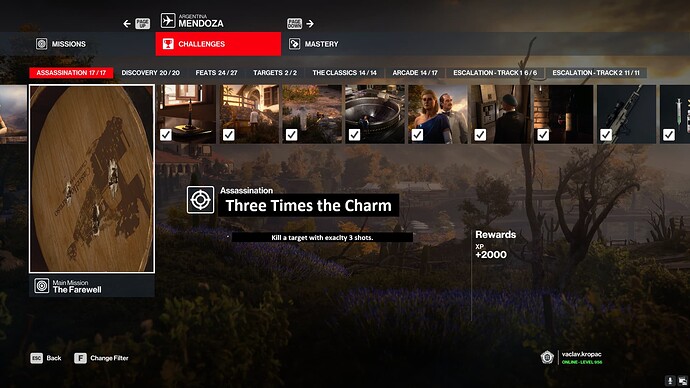 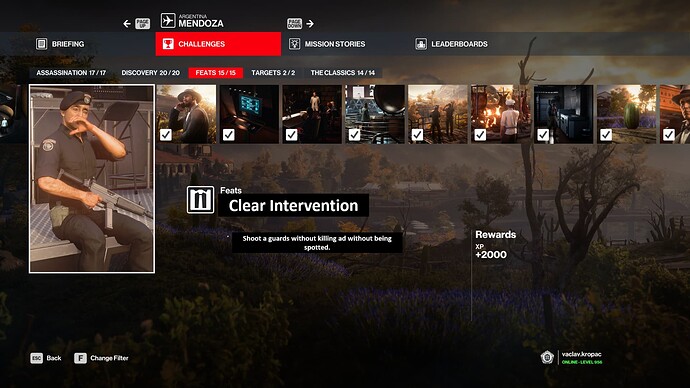 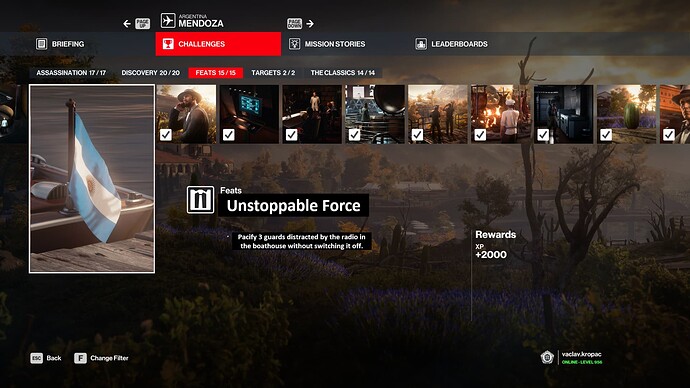 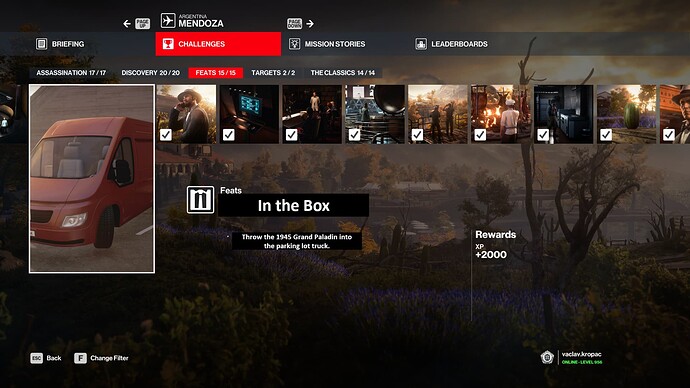 Snímek obrazovky (1004)1920×1080 158 KB
Well Argentina won, so here are some more ideas. (The wording could be better, but it should be enough for understanding what I mean)
3 Likes