Since you can walk around Don Yates house on Mendoza when you have the Midnight Black Suit on can you please allow that suit to also hand the report to Valentina, it is very easy to get that report out of the safe downstairs.

The midnight black suit giving you access to the mansion grounds is likely unintentional and a potential bug.

No it isn’t, just like the requiem suit gives you a special exit no other suit on the map gives. These are intentional.

I don’t think the Requiem exit or Wetsuit exit prove that all other differences of spacific suits are intentional.

I’ll go one further; make it so you can hand off any item in any suit. If you managed to make it there, perhaps you deserve to complete that story mission without the expected disguise.

Any suit that isn’t trespassing because otherwise Valentina will be alert.

The difference is the Wet Suit has a challenge related to it, requiem and midnight black suit are completely hidden bonuses.

The requiem exit is an Easter Egg, which naturally is not hinted on in this game but a reference to the Blood Money ending where the last scene of the last mission shows 47 near a bench and a statue in this suit. 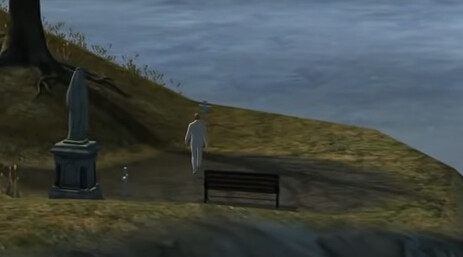 Now for the Midnight Black suit you have to find indicatiors why this is intentional. The best thing I can see is that the guards confuse it with the Mercenary disguise. I think that is still too poor to conclude the no-trespassing effect is intentional.

You can also look back to previous suit differences that were patched, such as Mumbai suit enforcers were no enforcers with the Buccaneer suit. That was fixed in H3. Another suit differences, the White Shadow being hostile in all Hokkaido, was explicitly confirmed to be intentional by IO.

Oh man they patched the Buccaneer suit? I thought that one might have been intentional bc the crows look like pirates. I doubt the midnight suit is intentional.

Midnight Suit has been like this for over a year, im not going to play guessing games about what is and isnt meant to be when they have had that long to patch it. It is apart of the map now and id wish they would allow you to hand the documents to Valentina in any non trespassing disguise.

There are bugs in this game that have been here since H2016, doesn’t make it any less of a bug.

It’s funny they patched the buccaneers suit, but now we have the polar gear: the agents in Berlin are no more enforcers wearing it, neither Alison Moretta. For every fix, there is still something new broken waiting for us.

Btw, I’m fine with that. At last, we have some reason to choose specific suits.

I personally see no reason why certain suits shouldn’t have minor bonuses or complications attached to them.

The Polar Suit is rightly hostile in Hokkaido because it looks extremely suspicious. In a security-tight, unethical, amoral hospital, who is going to take kindly to a chap with a parachute on his back? At least in Paris he could be assumed to be wearing some crazy new trend…

The Midnight Black Suit, when worn in Mendoza, is a bit informal for such a lavish event. To my mind, 47 looks like some kind of household assistant or PA: perhaps somebody a few steps up from the maids, or an estate manager. It makes sense enough that he can slip past the guards. They’re a bit alarmed by it anyway, if I recall correctly!

Honestly I just want to be able to hand the report to Valentina in a suit because it is possible for her to leave the mansion ground after the asado pit is lit / the banquet starts and it would make the perfect accident kill setup.

I’ll go one further; make it so you can hand off any item in any suit. If you managed to make it there, perhaps you deserve to complete that story mission without the expected disguise.

Man speaking truth to power, yo.

Likewise, we should definitely be able to give the Sniper Team a remote Kill Order using the Earpiece in our Suit if we’ve sucessfully snuck into the lavender fields and stolen it Suit Only.

lol yeah. made a contract in reference to the unintentional mishap.

huh? never heard of that. where is that from? Is this still the case?

There may be some contracts to be made

EDIT: Damn, either it’s fixed or it’s not like the Buccaneer glitch where being in the Sapienza church counts as trespassing