Discover the uncharted Ambrose Island as Agent 47, and help an old friend rectify his mistake. The tropical island is a hidden cove, home to a dangerous pirate syndicate operating in the Andaman Sea and to many hidden secrets.

This fully explorable sandbox location is packed with new targets, gameplay opportunities, challenges and unlockable rewards. Ambrose Island is free for all owners of HITMAN 3. 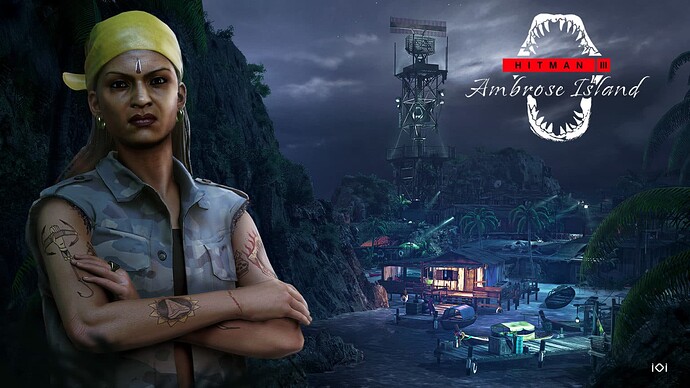 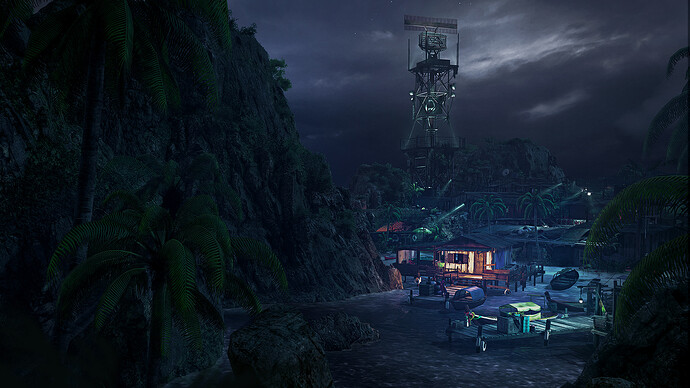 Embark on a new pirate-themed adventure with Agent 47 to the isolated Ambrose Island, free to all HITMAN 3 owners on July 26.

Ambrose Island is a brand new location for HITMAN 3, and a major release as part of our ‘Year 2 ‘ plans. It’s available now as a free download, included with the July Patch.

Embark on a new adventure with Agent 47 to a secluded island in the Andaman Sea. Located north from the Strait of Malacca, Ambrose Island is an isolated harbour packed full of dense vegetation, hidden coves, twisting paths and perilous bridges.

From the lit torches that illuminate narrow passageways, to the neon lights that flicker over the bustle of Farah’s bar, there’s a sense of discovery around every corner. 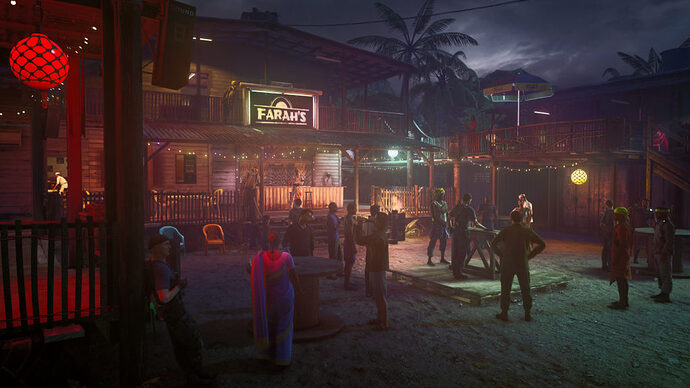 Taking place before the events of HITMAN 3 – and filling in some of the untold events of HITMAN 2 – this new location will see the return of well-known characters in the World of Assassination and wrap up some narrative threads. In addition, Ambrose Island will introduce new challenges, unlockable items and support for RayTracing, VR and Contracts Mode.

This new location is OUT NOW and available at no extra cost for all HITMAN 3 owners, including Xbox Game Pass subscribers.

Prepare for your arrival on Ambrose Island with a cinematic briefing from your long-time handler, Diana Burnwood. For this mission, you can also expect the help of an old friend…

When Agent 47 arrives on Ambrose Island, he’ll have two targets keenly in his sights. Eliminating both of them will be critical to calling his mission a success. Watch the Opening Cinematic above or in-game and read full character bios on each target on the Mission Planning page in-game. 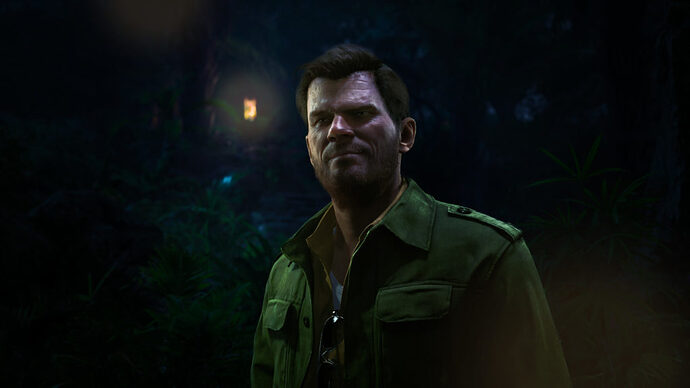 As a former operative of Lucas Grey’s militia, Noel Crest has since defected and gone rogue. He now leads a gang of international thieves who have performed several heists, leaving a trail of destruction in their wake.

Crest and his men specialize in the discreet retrieval and/or destruction of valuable items, documents, and data. He was last seen trying to establish a partnership with Akka’s pirate syndicate. 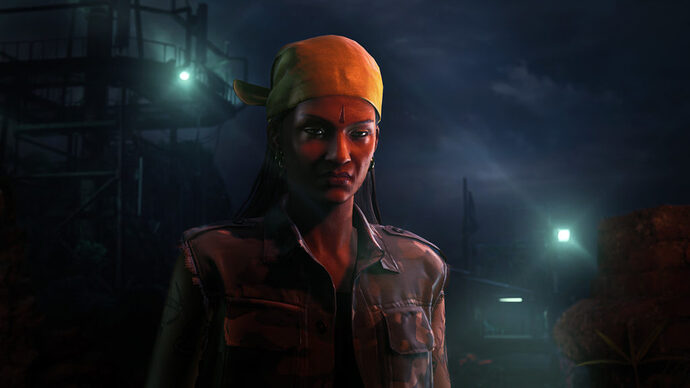 Before she became known as “Akka”, Sinhi Venthan was raised on the streets in a small coastal village south of Chennai.

Demonstrating her strength and strategic prowess, Akka quickly rose from common thug to pirate queen. She and her band of outlaws are known to operate as far as the Pacific Ocean, enriching herself and the ones loyal to her, while striking down anyone who dares to oppose her. 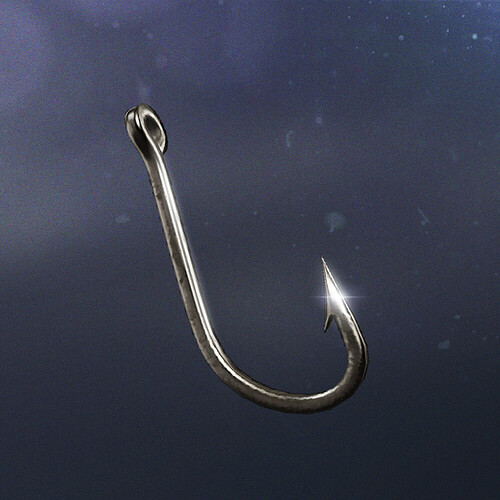 Ambrose Island offers a huge variety of specialized items and tools that can be unlocked and then used across the World of Assassination.

Complete gameplay challenges to unlock XP, which will help you progress through 20 levels of location mastery. 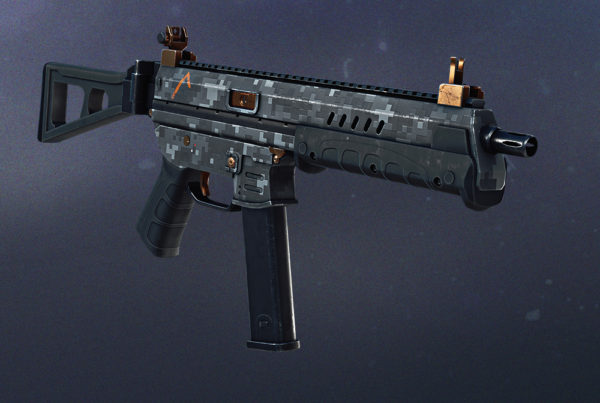 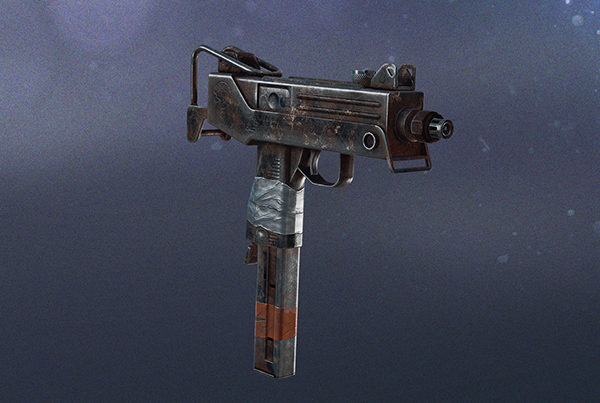 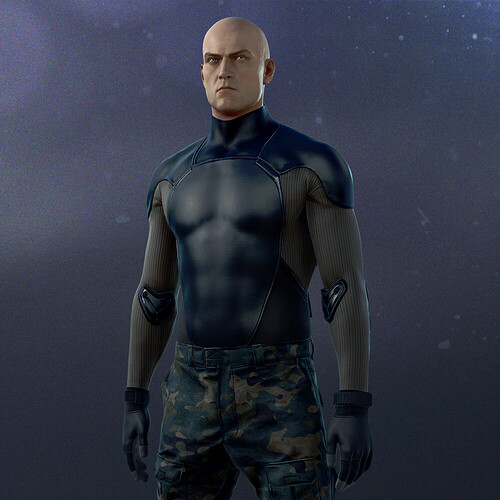 With each mastery level that you gain, you’ll unlock new starting locations, item stashes, unlockable weapons, items and eventually the Guerilla Wetsuit and a Molotov Cocktail. Each time you play and complete challenges, you’ll unlock new ways to approach the level.

From an emetic gas grenade with a poisonous frog trapped inside, to the swashbuckling Kukri Machete that is sharp enough to cut down to the bone, there’s a huge variety of pirate-themed items to get your fingers on. 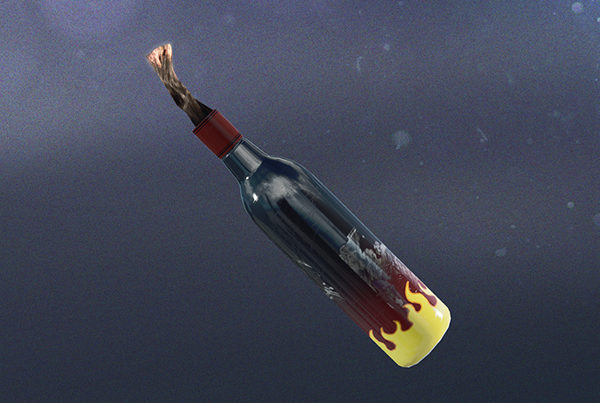 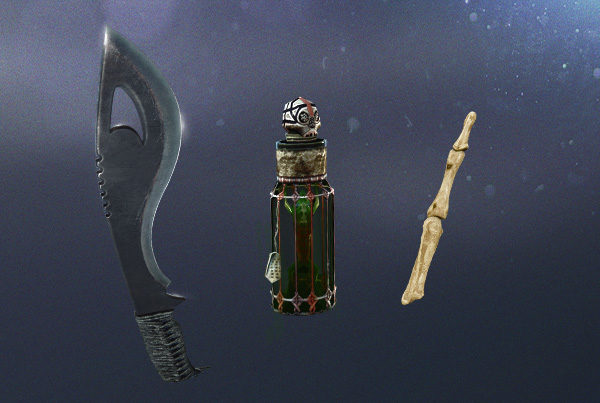 Ambrose Island is available now for all HITMAN 3 owners. Here’s some useful information to make sure you can start your swashbuckilng adventure smoothly.

Is Ambrose Island free?
If you own HITMAN 3 on any platform, you’ll be able to play Ambrose Island on that same platform for free. HITMAN 3 Free Starter Pack players will not have access to this new location.

When exactly is it playable?
Ambrose Island is in the July 26 patch for HITMAN 3, which released at 6am PT / 9am ET / 3pm CEST. After the patch has been downloaded, Ambrose Island can be found alongside the other locations in the game.

Is the new location a DLC?
Ambrose Island is included in our July 26th patch, so you won’t have to download anything from the store. Simply make sure your game is up-to-date and you can find the location in the menus, located after the Carpathian Mountains.

What else does Ambrose Island add to the game?
You’ll be able to play the location with full RayTracing support on PC as well as play in Virtual Reality – with support for both PS VR and PC VR. Finally, Contracts Mode is fully supported, allowing you to create your own missions to challenge your friends.

Please do not post in this thread until release. You could use the pre-release discussion thread instead.

If you can make a thread before it is out, anyone can reply now as well.

Admit it, you were happy to finally make such a thread again after the release of Hitman 3

Wait hold on you just replied to it you just told us not to. /s

I was gonna say a few things, but everyone else seems to be saying it for me.

it’s just tomorrow and i’m excited to see what we get.

assuming they dont do the slideshows again, the cutscenes for this mission are gonna look really goofy sandwiched within hitman 2, especially for people playing through the trilogy for the first time

Whatever, the three types of cutscenes (cinematic H2016, “slideshow” H2, game engine Bank-Haven-H3) one after another already create a slight yet tolerable esthetic inconsistency.

There’s a fourth, because the cutscenes for New York and Haven don’t look like H1 or H3. Look primarily at 47’s eyes, and Diana’s; they look like they have doll’s eyes.

i wonder if the Ambrose cutscenes will be in a different style lol. i imagine since it’s been a while since since the cinematic team made a cutscene for H3, it’ll look a bit different

at least the way the cutscenes are now, each game his its own style (excluding haven and new york, which lead well enough into hitman 3’s). assuming ambrose happens during the events of hitman 2, the cutscene will be in engine but will be surrounded either side by the slideshow ones lmfao

I wouldn’t mind, I liked the slideshow cutscenes from Hitman 2

Depending on how they frame this mission, it could still be relegated to a “play after Hitman 3” situation.

It’s either a straight “we just did this thing in Hitman 2! Let’s go to Ambrose!”

Or a quick and easy “47, going over a desk of intel and pictures, finds something Ambrose-related. This reminds me of something… (flashback transition)”
With possibly some lead into Freelancer, in this scenario.

oh my god i can’t wait to play it

I am looking forward to the completionist urge I have to not have a authentic first experience and the just straight to getting all 20 master levels before I see the closing cutscene for this level.

I’m thinking it may start off as a flashback or something considering IOI teased us with “47 helps an old friend” (paraphrasing).

Good thing I skip all of the Cutscenes, because the Story of the WoA isn’t worth watching more than once.