I’ve mentioned a few times that I edit the wiki, in part for my own reference and In part because I know things =P.

The ambrose folder is updated now.

Never saw the mentions. Just edits, or have you made any full entries?

The edits I just made are few edits to the folder to clear up the confusion you had earlier. That and some rewording of tropes in the folder to either spoiler-tag Crest’s true plan, among other things.

I’ve created a few pages on the site; 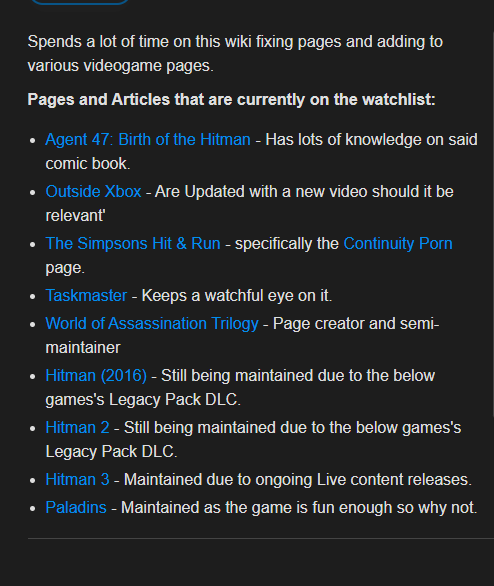 I’ve also done some more edits on the Hitman Fandom wiki, in part because that should be treated as an official resource, for all intents and purposes; The ETA page is my best rework of a page so far.

Ah, so you’re the one who keeps putting all the wrong info. I should have known!

On a serious note, part of the reason I edit these wiki’s is because I like sharing information, and someone has to do it, especially with the BOTH comic (I’m literally the only person willing to talk about it). I make videos for much the same reason. I try not to be wrong (and I have been in the past; the mechanics of how explosives work (the two walls rule) between rooms kinda blindsided me, which probably speaks to how I play Hitman).

I’m gonna shut up now, because I feel i’ve derailed the discussion a bit.

To be fair, I threw the switch. 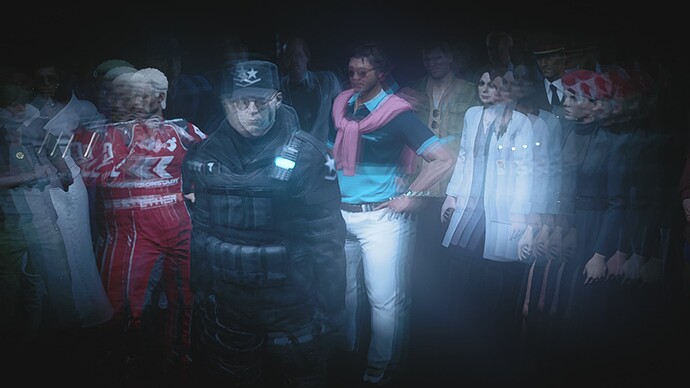 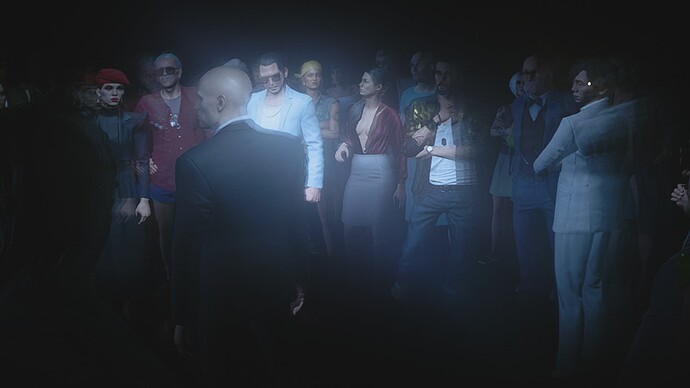 question is who’s that providence soldier guy in the front of the first picture?

Ha! Our boy 47 is so good at blending in, he’s able to in his own visions!

thing is these hallucinations happen before you enter the level. you can’t wear any disguises on the train when this happens. nor is there any other hallucinations that happen even during the level.

Mods, i use mods for first screenshot

ah i see. that really messed with me.