Any new word on Miami Suit?

My Hitman 2 save corrupted when trying to transfer. Honestly worked out fine, since its giving me a reason to replay the old levels again.

I dont care so much about the briefcase, Outstanding Coin, or lapel suit. But I do want all my Elusive suits back.

So far collected all of them back but Paris, Sapienza, and Sgail. I assume next month we get a Sgail, so just need to hope IOI adds another Paris/Sapienza ( hey @travis, wink wink ).

I know Travis mentioned he wants to figure out a solition for the robot/pen, but is the Suit also returning? I figure it can go into an Elusive Target Arcade, or better yet, attach it to the Dame Elusive Target.

What kind of suit are you talking about?
The Undying Look or Miami standard suit but with gloves?
If you made data transfer from HITMAN 2 to HITMAN 3 and have any of these suits (or both) in your HITMAN 2 inventory, just wait a bit until all data will be processed and those suits will appear in your HITMAN 3 inventory as well.
It just takes time to transfer all the stuff from one game to another

Its been 3-4 months now, and some emails to IOI and its still busted. I dont think the transfer system is suddenly going to give me my suits.

Even if it could, I wouldnt want it to overwrite my H3 save anymore.

Okay, I thought you made a transfer just recently.
Then I can only advise to storm the Support as I don’t have other ideas how to help you with that

Other than Travis mentioning he wanted to figure out a way to make the Miami Suit with Gloves unlockable in an alternative way (since The Undying, contractually can’t return) there hasn’t been any update or official statement about it.

I see nothing wrong with just having the Miami suit be unattainable until IO can obtain a renewed contract with Sean Bean. It gives us reason to keep up pressure on IO to get that contract signed.

Wait, what is this? Is that attainable in H2?

Wait, what is this? 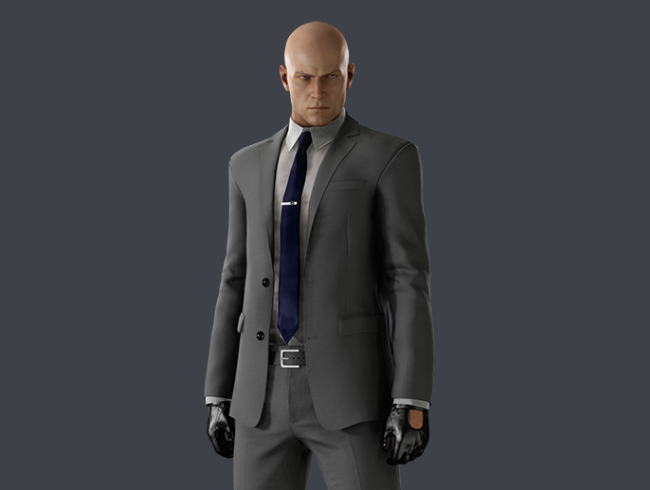 The Undying Look is a suit in HITMAN™ 2 and HITMAN™ III, loosely based on the same attire used by an elusive target of the same name. Despite its name, The Undying Suit isn't entirely based on how Mark Faba (The Undying) is found dressed in his...

I see nothing wrong with just having the Miami suit be unattainable until IO can obtain a renewed contract with Sean Bean.

That’s never going to happen. Financially, ioi would lose money (and gain nothing) by doing that because ETs are free.

Quite a shock, in Chinese version of the game the Undying Look is translated into “永恒西装” which means “Eternity Suit”. Never did I know that the suit has anything to do with Faba…
Maybe it’s because in H2 the Undying Look is blue and the localization company thought it came from the Constant… (The Constant is called “永恒常量” in Chinese, you can see the same characters “永恒” there)

interesting. that is some knowledge i knew nothing about. @Nalsek also i’ve never seen the lapel suit?

Then I guess anyone without can stay without because the Florida suit, the exploding pen, and the flash robot are irrevocably tied to The Undying and should remain that way as giving them out even via new challenge reduces the significance of the ET in question. At the moment the items equal bragging rights for going up against Sean Bean and that shouldn’t change. Ever.

The Undying was used for marketing purposes to get people to buy HITMAN 2. Having the Undying return through a renewed contract would be a net negative since they have nothing to financially gain from it especially when we’re steadily approaching the presumably final pieces of major content for HITMAN 3 in the coming months.

The only feasible way for the Undying to return is through modding and even then I don’t know how doable that is for HITMAN 3 since I don’t even know if The Undying is in the files or the server side of things for HITMAN 3.

That being said Miamis suit unlocks will come eventually it’s just a matter of when now, I’m assuming it can either be this upcoming update just not explicitly said in Road Map or the one to follow. Who knows.

@Nalsek, what is the lapel suit?

i wanna know too. cause i never seen it before and if it’s good looking i want it.

As someone who completed both The Undying and The Undying Returns, I couldn’t disagree more with this. Cannot understand the mentality of people who wish to deny their fellow Hitman players everything the game has to offer, just feels an incredibly selfish attitude to have IMO.

also called the Black Winter Suit (it has a lapel pin)

oh that one. dreams dashed.

OHHHHH! Its that one, thx @BT_TF

The Undying can be played on PC via mods. I managed to play both Sean Bean’s ET and also The Wildcard aka Gary Busey on Hitman 1 in Sapienza.

It’s not possible anymore but you were able to play The Brothers, a cut elusive target in Marrakech where you have to assassinate the two brothers of Silvio Caruso. The ET was cut but there was a fully completed briefing and it was playable. But IOI remove this mission of the files of Hitman 3 so even with mods, this one is not playable anymore.

Then that’s that. So as of now these celebrity targets are available to play via mods. Just makes you wonder if they will do it for The Wild Card and The Undying down the line just so they don’t get in trouble legally.