"But Contracts isn’t a real hitman game since half of it is just a C47 remake! "

What can i say, its the most fun for me, it has a great story, cool mechanics, interesting missions and Settings, awesome Soundtrack and the tongue-in-cheek Humor the Danes are famous for.

What is @MrOchoa gonna do when they finally remake or remaster C47, and he HATES it?

they did. it’s called contracts. he uh loved it…

But Contracts isn’t a real hitman game since half of it is just a C47 remake!

they did. it’s called contracts. he uh loved it…

joke, but i think they should include the original version as a pre order bonus or whatever if they are doing a Remake Is the Franz here our @Franz?

Facebook is neat and Netflix is similar to Steam in being composed of mostly shovelware with gems hidden under lots of rubble.

I had forgotten about these myself, but when returning here after a many year hiatus I got a PM from a user here asking me if I was that Franz. He was also kind enough to have saved the original briefings.

This didn’t get edited so apologies for any “jokes” that may seem over the line. It was a different time and I was quite young then.

You can find the briefings in summary, otherwise too much scrolling for people not that interested. 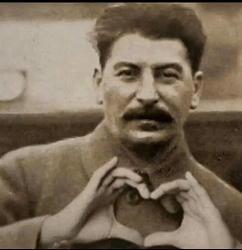 For contracts competitions, what are metrics you think would be good to judge runs on? (Other than time/score)

Totally subjective, but you could ask people to come up with a fun back story for the contract they create.

Nah, I meant like when you set a contract and ask people for runs. Not ask people to make contracts, but that also gives me an idea

Never actually wrote in this Topic, though I had a Question which I try to format as objective as possible to avoid confusion.

What do you think of killing off a Main Character(s) at the end of the second act of a Story and how would you go about it. If it helps, the Characters I’m talking about are two out of three playable Characters, who would then be replaced by other Chararacters, who were minorly introduced before.

If done right, it would probably be an awesome twist.

Reminds me of the original GTA 5 script, where I believe that Franklin was killed halfway through and replaced with Lamar.

Thanks for the Inside.

To get a little more detailed about it, the means of Death would be an Explosion, set as a Trap by one of the Game’s Secondary Antagonists, Arthur Watryflow. The Problem I have is that this has kind of happend already before in World 4, where the Character of Watryflow had his intial introduction.

Who voices the mysterious voice in the Pride trailer? It reminds me of the man who voices people such as the Collector. The voice sounds too familiar for it to be a unique VA, obviously