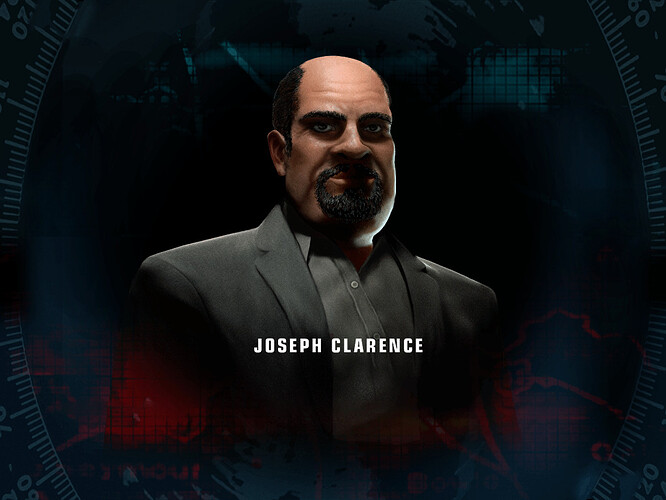 Welcome to the states, 47.
This should be a straightforward operation. We need you to penetrate an abandoned amusement park, locate the owner and take him out. The target, is a Joseph Clarence, also known as “Swing King”.
An accident involving one of the rides at the park a few years back forced him to close it down. Our client has made a special request that the photograph you have in your possession be the “last thing the target sees.” Mr. Clarence has some how become involved in a narcotics distribution ring, so the park may still have some amusements.
Enjoy the ride, 47.

Worst Tutorial of the whole series. Way too long, too restrictive and simply not fun to play. Codename 47s and Silent Assassins Tutorials are short and sweet, and Contracts’ Tutorial isnt even necessary to play at all, as it should be.

Contracts’ Tutorial isnt even necessary to play at all

Contracts tutorial always reminded me of a holodeck from star trek or the training room from Perfect Dark. Who were those people? Where did they come from? They must have been fake

One thing I did like about the level which is very anti “Hitman sandbox” style was that you are to show the photo to SwingKing. Obviously things like this would totally ruin the sandbox nature of the game, but in the tutorial it worked and showed us a side of the character we usually don’t see bc the sandbox levels are so fun they have become the main goal of the devs. Without this level we wouldn’t know that 47 will take contracts with added complications such as this photo thing at least once in a while.

Mr Ochoa posting anywhere is always the equivalent of him sucking his own cock about C47.

I greatly dislike this tutorial level, more often then not I don’t get past this mission when wanting to replay BM. I often just give “up” because I can’t be bothered with this level. I really have to want to play BM for getting past this stage and I rarely want BM that much.

Worst Tutorial of the whole series.

I greatly dislike this tutorial level

If BM’s tutorial level is bad then what do you call Contract’s Training level?

BM’s tutorial level is bad then what do you call Contract’s Training level?

Contracts’ Tutorial isnt even necessary to play at all

Therefore its better by default.

Too linear? Well C47’s Training and SA’s The Gontranno Sanctuary have the same “problem” if you can even call it that.

Codename 47s and Silent Assassins Tutorials are short and sweet

You can run through C47s Tutorial and skip everything within seconds, if you want to and in SA you only have to wait like a Minute until Vittorio arrives in the church.
Can’t compare that to the ~5-10 minute Martyrium you have to endure in BM. Like @Norseman said, I’ve also ended playthroughs there, just because it pisses me off so much lol.

sucking his own cock

Well somebody has to do it

If BM’s tutorial level is bad then what do you call Contract’s Training level?

Dull, slow and it manages to kill all motivation I gathered to play through BM.

Dull, slow and it manages to kill all miltivations

I’m impressed you manage to play any games then, especially older ones that have forced tutorial levels

I only have one thing to say about this mission.

That would suggest that I feel the same about all tutorial level. Which is hardly the case.

It shouldn’t be that of an alien concept that some might dislike certain training levels.

While I completely understand people feeling tedious about the mission, I think it fullfills its role as a tutorial well. There´s a lot of new stuff and mechanics to show off after all (though whether it is better or worse to teach everything instead of letting the player find out during actual gameplay is of course a matter of preference). And personally I find it less tedious to play Death of a Showman then to go through Codename 47´s shorter and runthroughable training. It has a decent dark atmosphere and I have to give it credit for having one of the handful of targets I actually feel sorry for and feel reluctant to kill. Something that rarely happens for me in this series…

My bigger gripe with it is how unsuited it is for a SA approach and how - due to its linear design - it can give a false impression to first-time players about what the game is like. WoA´s ICA Facility learned from that mistake.

Shhh, no one saw my edit! Oh and a bit of an Easter Egg: the gangsters wear “Bufu” Jeans, which is a reference to thr Movie How High 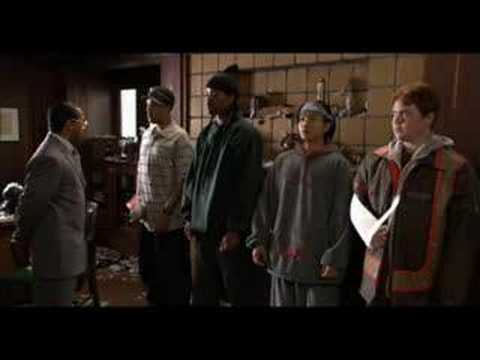 Also, what’s the issue here? Too linear? Well C47’s Training and SA’s The Gontranno Sanctuary have the same “problem” if you can even call it that.

I liked SA’s tutorial level the most. Maybe it is unspectacular and linear, but I liked the feeling of it. Reminded me of Lara’s Mansion in old Tomb Raider games. I just like the thought of some “safe space” for the characters I play, some place where they can prepare for the exhausting missions to come. It’s also some kind to calm myself down. I miss these things in new games

This mission has an interesting backstory. Most of the time 47 is taking out killers, terrorists, etc. but this time is a guy who messed up badly and the grieving father of a victim wanted him taken out.

The level itself is extremely linear.

Do you save the hostage?
Do you kill the gang leader?