I was playing Club 27 earlier and I was thinking that it is such a memorable mission. Killing a billionaire rockstar on his birthday and taking out his corrupt lawyer with him. The level also takes place at an exotic luxury hotel in Southeast Asia. Thailand is a country that is rarely featured in video games.

The map really is so beautiful. I love the vibrant and tropical aesthetic of the hotel. But the more and more I play it, I realize it’s just a pretty map with not much else.

First, the targets. Their loops were really short. I always wished the mission would start with Jordan Cross in the lobby surrounded by his entourage of bodyguards. He could be waving to fans, signing autographs, and taking selfies before he heads up to his suite. That would make him feel more like a rockstar. Ken Morgan has the weakest route. All he does is roam between the reception, restaurant, and his little corner outside. Whenever I watch people play, they always kill Ken Morgan within the first few minutes by either poisoning his food or dropping the chandelier on him. I really wish he would go up to his penthouse by himself. Maybe if Agent 47 cleans up the suite, one of the bellhops will notice and call Ken Morgan up.

Also, the level design. The map is extremely restrictive. It doesn’t have that hotel feel to it that Haven Island does. The Himmapan is supposed to be a luxury riverside resort but it doesn’t feel high-luxury to me. There are no amenities. No pool, spa, or fitness center. Other than eating and drinking, there’s nothing for guests at the Himmapan to do. I also wish they would make the beach area and temple accessible to the player.

Here’s some other things that could improve the level:

I also noticed The Class is missing a bass player.

Jordan Cross is the bass player.

I don’t mind the map (compared to Colorado), but it is limiting due to size I find.

I didn’t know that

I thought he was just the lead singer

Said by someone either never played or forgotten the hayamoto missions in silent assassin, or bjarkov bomb in contracts, or Amendment XXV in blood money, or played really any codename 47 mission blind.

Also embrace the serpent (the Columbia bonus mission) has a far worse design for a target. Colorado gets a lot of hate for good reason too

I didn’t know that

I thought he was just the lead singer

People focus on that, but it days in his bio that he’s both the leader singer and the bass player. We don’t see him playing the bass because he’s either already recorded that part, or will do so after he’s done recording his vocals.

I like Bangkok but I blame the fact that it’s a very mediocre map by the fact that it was kind of rushed to meet the timeframe they had, since the last three maps (Bangkok, Colorado and Hokkaido) of the Season 1 still had a lot of work to be done at the game’s release on March 2016,
because of that a lot of things were cut from the map, including the spa area on the left, a little delivery dock on the right of the hotel and a few rooms inside of the building

I encourage you to take a look at this, it’s not much and a bit low quality on the text because of the size of it, but it’s still readable and gives a few hints on their original design ideas for Bangkok: 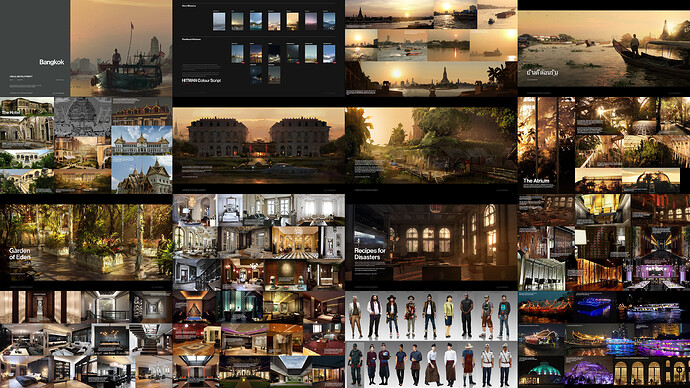 Thank you so much for the picture. It does make me so sad what Bangkok could have been

Yeah, same thing with the other maps and their cut content, there was a lot of interesting things

Even the NPCs in the restaurant agree the level sucks given their dialogue.

Could you show me all those concept art pictures?

Of Bangkok or all of them?

colorado was done by sumo digital tho and embrace wasnt a map. so my criteria is quite narrow

But technically anything that changes a existing map is classed as a new map eg the Icon is Sapienza, but it’s different, so that would technically be implying that Embrace of the Serpent was kinda a new map

yea but that doesn’t change what my criteria is. when i said “worst ioi designed map” i was only including the base design and excluding any by Sumo Digital, i wasnt speaking objectively

Such a shame that because of budget reasons and time restraints, we didn’t get a better Bangkok

I can see why so many people dislike it. Ken Morgan is a boring filler target. Going up to Jordan Cross’ penthouse is really tedious

Bangkok is a hotel setting but it’s so boring. Just a bunch of bars with some Thai decor stamped on it

One thing that I thought was a huge missed opportunity was that there is no Thai monk disguise in Bangkok. Agent 47 is already bald so it would be perfect. The monk could be at the temple on the beach with other tourists praying/meditating. It could have also been a way to kill Jordan Cross 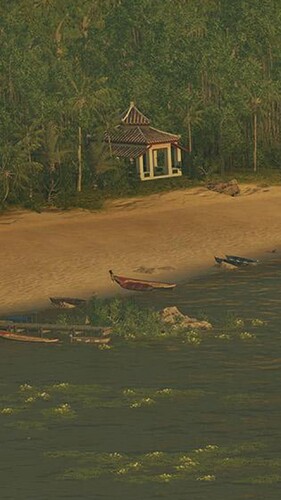 Honestly i think Colorado was a fine map, i know it used to be a factory or something, but i still think that EotS is terrible