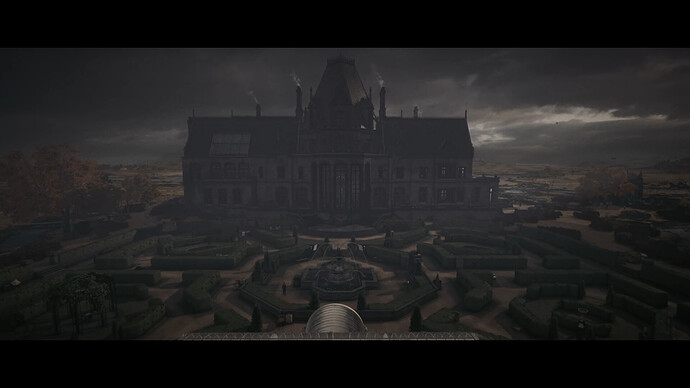 this is a good visual i think

GameInformer did describe it as “the most compact” of H3 though, or at least of the ones they played or whatever

But alas, this is the Berlin thread

Yeah, the size of levels is something that I wonder too. I don’t want to sound bitter, but after Hawke’s Bay from Hitman 2, I find it difficult not to feel a little suspicious with each level reveal. I mean, Hawke’s Bay is still a good level, but it was tiny, and only had 1 disguise to play with. It felt like an obligation for the game so that it could advertise 6 levels like Hitman 1.

But then again mind you, Mumbai was huge and we barely saw any of that in Hitman 2’s marketing, which always baffled me since I think it was easily the most technically impressive location of the lot in that game. That and I’m willing to blame Warner Brothers rather than IOI.

At the very least, there is no way the 4 revealed locations so far will be as small as Hawke’s Bay I think. Dubai, I would think that would be like the Bank to a degree. Honestly my big question with that map is how much the outside of the skyscraper is explorable. Would be cool if you could actually walk the entire perimeter of a skyscraper floor, choosing the right way to enter the building. Can’t imagine it will be too big, will be interesting to see how many floors there are.

Dartmoor I think is the only one we can really see the size of. Essentially a smaller Paris, but in a way I think that could be pretty good. Paris had this symetrical layout with these huge rooms during a massive party. Whereas I’m hoping Dartmoor’s mansion’s layout is alot more tangled, very few big rooms, lots of connecting hallways, maybe a secret passage, just guards and a select number of NPCs with no crowds. Dartmoor isn’t going to be gigantic but I hope it makes up for it by being very intimate. My one hope is that there is a proper basement and maybe 1 or 2 underground passages, connecting to the surrounding gardens.

China is really my big hope, I’m hoping this is on par with Miami or Mumbai. Big, in-depth, lots of crowds, lots of diverse areas. And as for Berlin, it’s hard to tell. Power stations are big places after all. Guess it depends how much of the power station we get to explore, or if alot of it’ll be off limits. Guess we’ll see.

well, im betting it’s like “New York but if they let you outside”

well thats the whole allure of Dartmoor, right? it looks pretty bland from the outside, but they have secret passages. and that ties into the “”“suicide”"" of the old man, and whoever killed him.

They’ve said the locations have 20 Levels of mastery, so I don’t think anyone is actually expecting a Hawke’s Bay to be thrown in there; just saying based on the four we’ve seen Berlin sounds like it might have the smallest areas of interest. They could map out the entire decommissioned power plant and let you walk around in it all in which case it would be a big map, but I hope they don’t if it’s just gonna be a bunch of squatters and thugs in there etc

It’s been almost 20 years since the last time we visited Germany with 47 or rather German soil in SA.

This mission and Chongqing are the ones I look most forward to. Berlin is a very interesting city to explore and the old industrial building is a great fit.

The setting reminds me greatly of the Rotterdam missions from C47. I imagine this could be the spiritual successor to those levels, just like Another Life was a homage to A New Life. These homage levels have been great reimagining of classic levels, with a new spin.

My personal wish is to revisit the Asylum and the hidden basements again. It’s an easy way to hook me, is to see old locations again after they been abandoned. Doesn’t matter if it’s the Overlook Hotel in Dr. Sleep or the Death Stare in Rise of Skywalker.

I say it everytime we know a new location, but… H3 locations seem wonderful

Anyone else have the feeling this will be the creepy map of the trilogy? Something about those screenshots feels unsettling. Most abandoned, dilapidated buildings are scary by default. I guess the biggest parts will be utilized by the nightclub and lots of goons, but I hope IO will leave some parts of the compound empty. 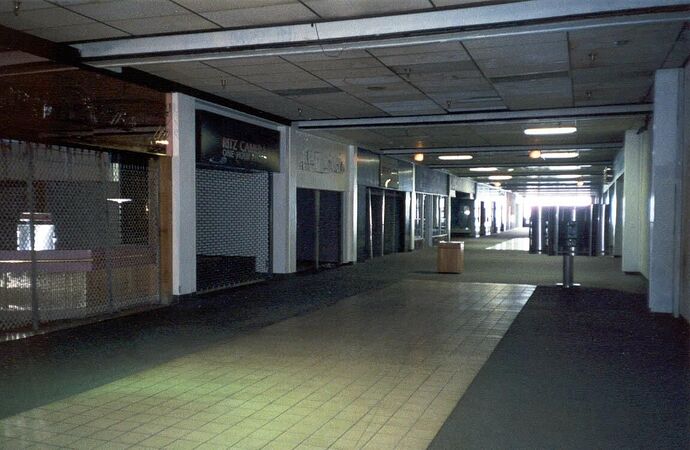 Liminal Space is an aesthetic that refers to the feeling of being in a transitional space that has been abandoned - an airport at 4 am or a school hallway in summer, for example. This makes it feel frozen and slightly unsettling. 1 Concept 2 Visual 3...

I had the same feeling as you but couldn’t quite point out exactly until you said it. Just the cold, discomforting feeling of 47 in an empty space is a very articulated feeling and I completely endorse the aesthetic. If it means less NPCs in the map, then I’m all for it.

I find it difficult not to feel a little suspicious with each level reveal.

Same here, with enough pictures of each location, Im starting to feel the general size of maps in Hitman 3 so far are something around Season 1, Dartmoor around the size of Paris, Dubia the size as Hokkaido, and Berlin around the size of Colorado. With China around the size of Sapienza. Sure, thats ok, those where great maps, but I do hope for at least one last Marrakesh, or Mumbai, something wast and open to explore.

I’m German and I want to hear a fake cliché accent for the amusing part.

But I’m kinda sad, because I got quite the feeling this map will be heavily disappointing due it’s size. I can somehow feel it, hopefully I’m wrong.

Hey, we know practically nothing about the map. I for some reason think it’s gonna be one of my favorites.

Yeah, if it is a party in the abando’ed plant, within the woods. I’m all in… Io does some great club/party lvls. Meat King, heaven and Hell, even the K&L club really got the vibe right… (PS apart from this I love K&L anyway, not just partylvl)

i hear the nightlife in berlin is killer, 47 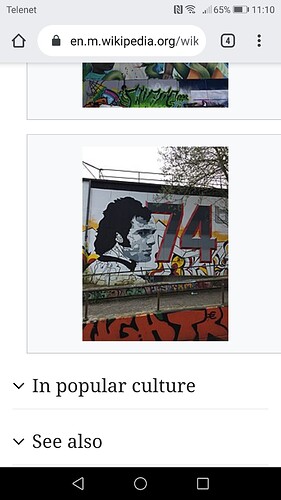 Oh please no… and pleeeeaaaase, no cliché names like Fritz or Franz. No one in Germany would name his child like this in 2020 (or since 1970).

What about… sorry “Whut aboot” Siegfried and Roy?

Roy is a Scottish name (Roy was born Uwe Horn).

What if the target is old?