Borrow an item from another franchise

The most recent Hitman trilogy has seen a lot of interesting weapons and tools become available for use over its near six years, and while many of them are reskins, it’s still fun to play with each little item at least once. But, what if we could unlock an item popular in some other franchise for use in Hitman? This is where we can share ideas about that.

For example: would you like to see 47 use Sam Fisher’s triple lens goggles? Spider-Man’s web shooters? Leatherface’s chainsaw? Luke Skywalker’s lightsaber? Share your idea of a weapon or tool borrowed from another franchise that you think would be useful or just look awesome if 47 were wielding it.

For me, one that’s pretty simple and predictable, but I’d like to use the hidden blade from Assassin’s Creed. I’m sure 47 would be able to rig one up without the use of a bracer that would slide out from the sleeve of his suit jacket, and maybe even retract into a kind of wiper cloth, so as to avoid getting blood inside his cuffs. Such a weapon wouldn’t really be his style; 47 prefers to dispatch his prey from a distance, and when up close he prefers the bloodless approach (fiber wire, neck snap, poison, etc.). But, in a pinch, a retractable spring-loaded blade at the wrist might come in handy.

Beyond that, I think he could make pretty good use of the flying silver spheres from Phantasm.

I’d love to see the sonic screwdriver from Doctor Who. After all it’s the ultimate sabotage device. It would admittedly overshadow every other tool. Perhaps it would be a prototype only able to be used on things via some receiver. Effectively a remote lockpick and sabotage device.

Agony Crossbow from The Evil Within.

Ebony & Ivory from Devil May Cry.

Alright, A gentleman’s magazine to distract the guards from Metal Gear

Also while at it, The Fibre-Wire watch from James Bond’s “From Russia with Love”

Guards should be programmed to take the magazine somewhere secluded… lol

Stealth Field Generator from Knights of the Old Republic. They could build on in that only works when standing still to make it not too overpowered. I’ve been in a lot of situations where I think I’m safe and some random NPC rounds the corner and Bam, discovered. A cloaking device that could even be single use would be great.

This is actually a great idea. I always thought it was weird that 47 could hide his Fibrewire from detection by the naked eye and metal detectors. A watch-fibrewire device would be plausible and awesome. Or maybe a Fibrewire cord affixed in the backside of his classic red tie.

I always thought it was weird that 47 could hide his Fibrewire from detection by the naked eye and metal detectors.

Well, metal detectors don’t work because the fiber wire has no metal; that’s why it’s called fiber wire, because it’s made out of non-metallic fibers woven together tightly into the wire, and the handles are made of polished wood or hard plastic, depending on the game. As for frisks, because it’s so small and able to be set nearly flat against 47’s body while in his pocket, with the wire wrapped around/retracted into the handles, plus the fact that friskers are mainly feeling for guns and knives and possible explosive items, they probably wouldn’t be suspicious feeling the handles as anything other than some little item 47 is carrying. Surely those they search have wallets and car keys and such that they feel, and the friskers probably shrug off the feel of the fiber wire as an innocuous item, as they’re unlikely to feel it and think “strangulation device.” And that’s assuming that they feel it at all; I think some of the items he carries are able to be hidden in ways that they simply evade detection, like his lock picks.

Now, how 47 walks away from a frisk with a hammer, a wrench, a screwdriver, a crowbar, a hypodermic needle, a brick, and six empty wine bottles… that’s a whole other mystery.

Well, metal detectors don’t work because the fiber wire has no metal

But this I don’t buy. The first thing you get asked by someone frisking you if they find an undefinable object which is not in your pocket is “What is this? Show it to me.” Especially in the high security areas 47 often has to enter.

I think the fibrewire and lockpick could benefit from a little deceptive appearances. Like the lockpick being disguised as/in a keyring and the wire being in the watch, 007 style. Especially nowadays, what with how big some of these watches are getting.

Now, how 47 walks away from a frisk with a hammer, a wrench, a screwdriver, a crowbar, a hypodermic needle, a brick, and six empty wine bottles… that’s a whole other mystery.

Big time. The syringe one always bothered me. Nobody’s suspicious about a handful of syringes, of different coloured solutions? 47 can only sell the diabetes deception so hard…

The game seems to have a mechanism for making certain items legal or illegal by outfit but not by location, which is the problem. It’s probably just fine to have a hammer, crowbar, etc. if you’re walking down the street, but once you walk into a high security area, that stuff should become illegal. It doesn’t. Objects being only legal or illegal regardless of location is the unrealistic part and it’s what causes frisks to be a problem.

But this I don’t buy. The first thing you get asked by someone frisking you if they find an undefinable object which is not in your pocket is “What is this? Show it to me.” Especially in the high security areas 47 often has to enter.

I think this, then, is one of those cases that he’s hiding it in a way that they don’t feel it at all. 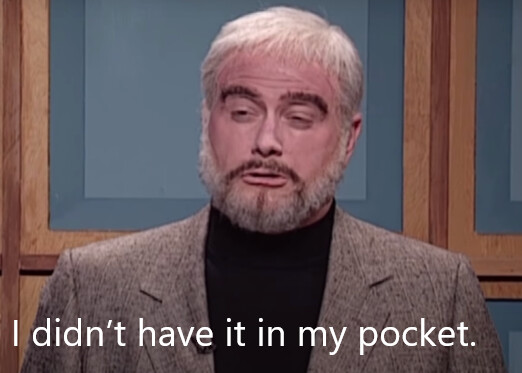 Chaingun Cannon / Ripper machine gun from Duke Nukem. 3 barrels all firing in sequence, that thing makes zero sense but it would be amazing for when you want to just destroy all the guards at once. Also David Bateson has to do his best Duke impression when 47 uses it, even if he’s terrible at it.

Maybe a blow dart… The only other game that comes to mind is Tenchu. And if my memory serves me correctly - they were essentially lethal poison, but sometimes(?) you’d need to shoot more than one, otherwise you’re just weakening the enemy. Maybe they had a gradual effect in T2(?). Again, it’s been so long ago.

So perhaps as an item in Hitman, they might be non-illegal with certain suits (like the confetti bat is allowed to be carried while wearing the Clown Suit). Otherwise, if you were wearing any of the regular suits, you’d look suspicious. You could also choose your darts. Lethal poison, sedative, and emetic.

Also David Bateson has to do his best Duke impression when 47 uses it, even if he’s terrible at it. 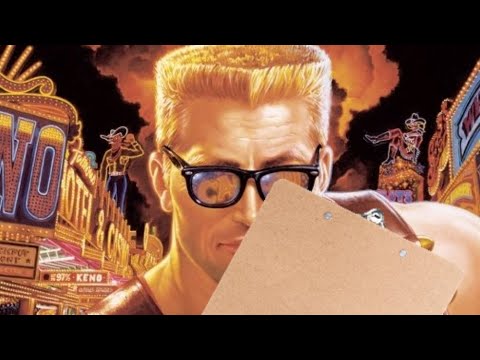 i wouldn’t mind the remote sniper rifle from gtav. it’d be cool to set it up somewhere and then have to get the target to a particular spot (kind of) like in mendoza.

Haven’t played GTAV, but that sounds like the one he used in the 2nd movie, near the beginning (a sequence that, for the record, I think was meant to look as cool as possible in order to distract from 47 acting with John Wick-level sloppiness in dropping everybody on the board).

Think I put that as a wish list feature before. Would be a great tool and really jazz up sniping. While at it remote cameras as well to monitor hallways. Just add alternatives so as to make Assassin sense more optional then needed.

I’d like to use three of the gadgets from Law Abiding Citizen. Spoiler alert for those who haven’t seen it (you should), I’d like to use: