Beta: Right wing of the facility comprises a post and three guards.
This post is now absent and no more guards are found there. 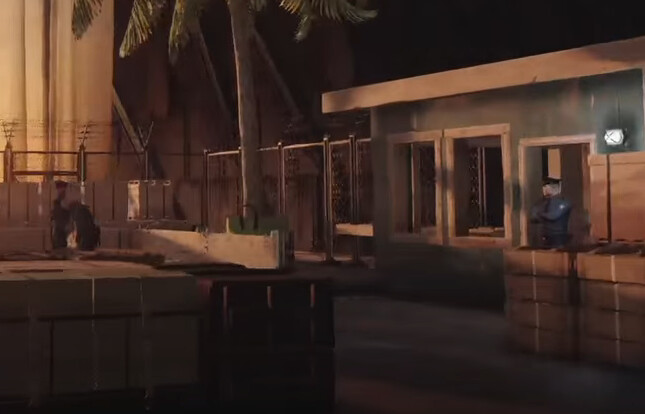 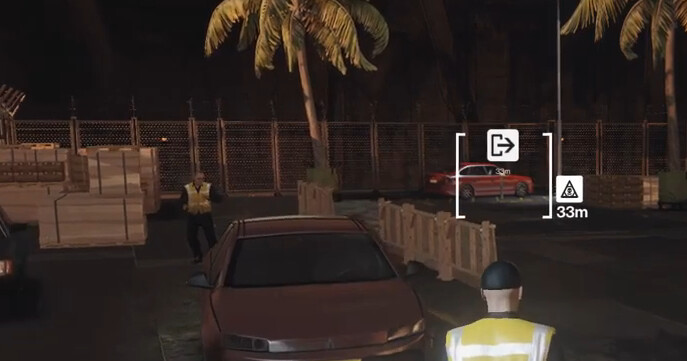 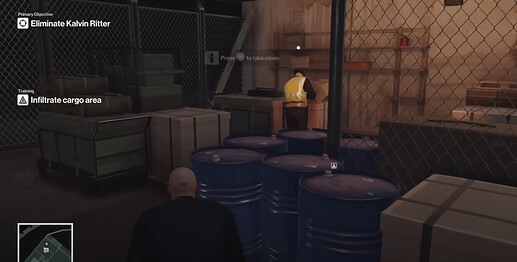 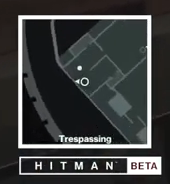 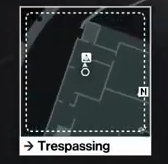 Beta: When illegal action is performed, a small warning sign is shown.
Such sign isn’t shown in final release. However, it was re-introduced in Hitman 2.

Beta: “Exposed” is written in big figures if illegal actions are seen. The map is now surrended by a red color. “Exposed” then vanished but the minimap stays red if 47 is still hunted.
“Compromised” or “Hunted” are now written above the minimap.

Beta: There are no doors between the yacht’s hold and the machinery.
A closed door is present and needs to be unlocked. 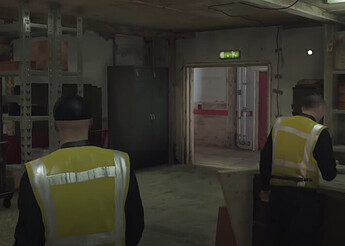 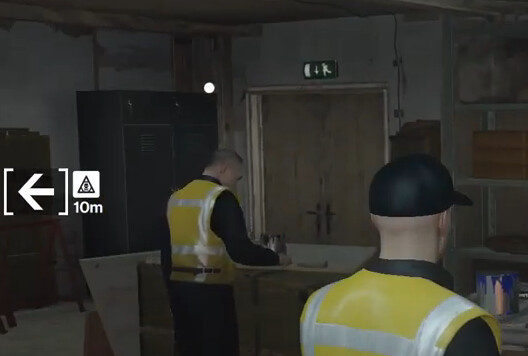 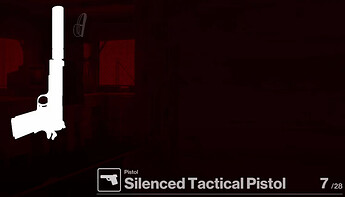 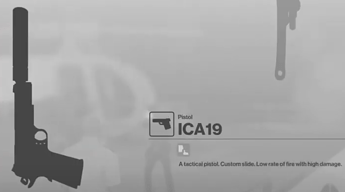 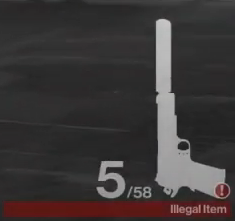 Beta: The game goes in slow-motion when the main target is shot in the head (like Hitman Absolution).
No such feature is present in the final release. 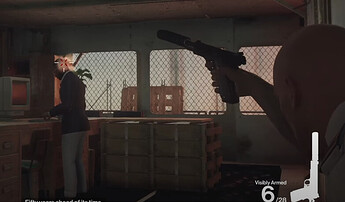 Beta: The exit is present in the middle of the map.
There are several exits (helicopter, boat and car). The car is located at the right wing of the facility. 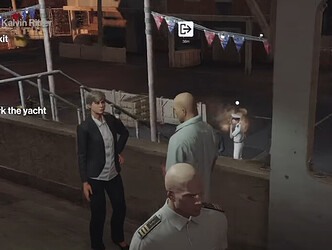 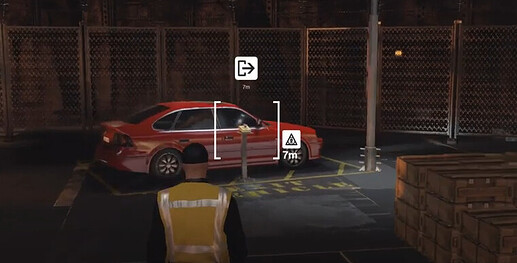 i just yesterday saw @EvilGeniusRo walkthrough of the Alpha, i kinda like how the menu worked when you poison Food, it doesn’t pause the Game.

it doesn’t pause the Game.

But it does, everything freezes, check the NPCs

Beta: When illegal action is performed, a small warning sign is shown.
Such sign isn’t shown in final release. However, it was re-introduced in Hitman 2.

What build of HITMAN did you take your screenshot from? The warning symbol for an illegal action was definitely there in H2016 and was added in with a patch. I remember it being slightly bigger than the one from the beta and triangle inside was coloured yellow.

I took screenshot from YouTube video posted in 2016 for some of them, and I tried to take from the same system (PS4).
I remember that in Professional difficulty, you got such a warning sign (colored in yellow) for illegal actions or suspicious items (pictures below - source : HITMAN - Paris - Silent Assassin/Suit Only & Terminal Velocity - Professional Difficulty - YouTube published in 2017).

But definitely, the warning sign isn’t present in normal difficulty (I didn’t test on Professional difficulty). There were numerous tweaks during the post-release that it is difficult to track every modifications.

Either it was made just for this trailer or it was an actual thing but the 47 model used in the Sapienza trailer could move his eyes. 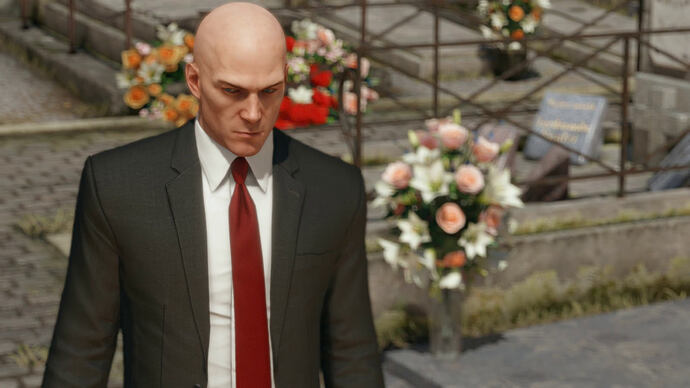 Would like to add some undocumented patch changes made post-launch throughout 2016:

The BEST change ever. Especially bc H2016 was episodic, so we played World of Tomorrow many times over before the next level released.

And that one was the WORST change ever.

i have an idea on how they could implement it back while also communicating it to the player that different areas account for different security rooms(inability to do so was the reason they cut it, apparently): they should paint the camera grid different colors in different sections of the map and add a corresponding colored line or something similar to the texture of every recording station. maybe the minimap and the map itself could also show cameras in different colors

That’s a good idea or, you know, let people figure it out. My condo association has CCTV. I could destroy it and I would never in a million years think that meant the cameras at the bank across the street didn’t work now.

I knew I wasn’t crazy! I could never find that again but I swear I heard it.

Yup, unfortunately it looks like their conversations don’t loop anymore, but I wrote up a list on back in 2017 so they won’t be lost to the net or time. With references to both past games and upcoming maps, these topics can cover:

You can be frisked at any time if guards are alerted and are searching for someone: 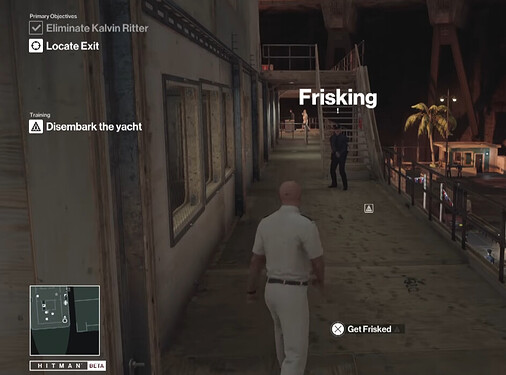 EDIT: I find information on it. Apparently, if you shoot an unsilenced gun while out-of-view, you can get frisked by the guards if you let the attention meter fill when they arrived.
Source: Gunshot frisking on old Hitman forum
This feature was present in the Alpha. If you shoot with a silenced pistol and stay in the “crime scene”, a guard will ask you for frisking. Refusing frisking results in combat.

Old symbol for the mission story: 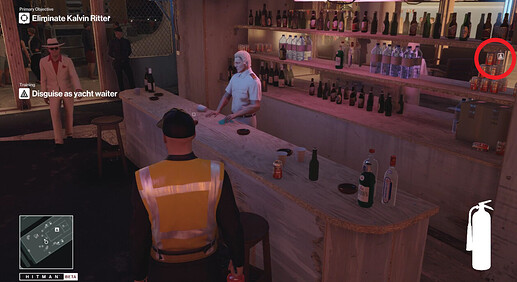 EDIT: During the final test mission, when you tamper the Knight’s chess play, 47 automatically moves the queen, while you get the choice between the rook and the queen in the final release. 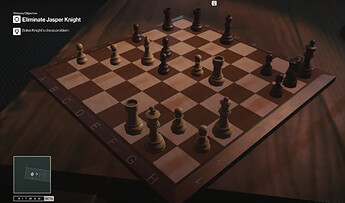 There is no picture linked to the challenges.

I think that only applies in Professional Difficulty.

Something very odd: bomb carried openly is seen by the guards. However, 47 can hold a bomb in his hand wearing a mechanic disguise in front of other mechanics. 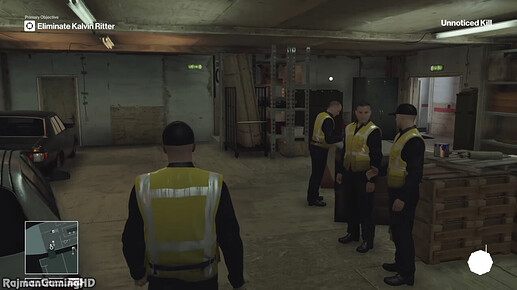 What do you mean loop? I’ve heard the Ingram line at least.

Either it was made just for this trailer or it was an actual thing but the 47 model used in the Sapienza trailer could move his eyes.

Think they added that back in the sequel.