Although Silent Assassin was my first game I quickly had to play C47 afterwards. It was a beginning of an Hitman era for me.

from an old hitman fansite

I was playing it again a few weeks ago. Such a strange game. Traditions of the Trade is still one of the best missions in the franchise.

And it used to be a pain, but I had some enjoyment going through Plutonium Runs Loose again lol

Replayed it lately. Have no words. They don’t make games like that anymore. could you please link the song itself or the name of the album/ep or whatever it’s on?

this is the original, it’s only 50 seconds so I extended it for my MV
https://youtu.be/8t565nMb4Es

Why do some people confuse the C47 levels with the Contracts’ remakes?

Because it’s been 20 years

I’ve been working on a video series that compares C47 levels to the Contracts recreations,
I think it will be fun to show how different/similar they are,
I’m just not sure how many people will want to watch it.

Is there something i should install or fix to play this game on Windows 10? I know these old games usually need some tweaks, that’s why i’m asking.

I got you covered fam

This is the only entry in the series I haven’t played (I did technically make it to the Lee Hong Assassination but it crashed and I never picked it back up).

But can I just say, man the soundtrack is amazing! Probably one of my favorite in the series behind Contracts.

To those who live and grow up in Germany, do I remember correctly that the game was on the index at the beginning?

I just talked to my brother about it, and I always thought that was the reason I never played it that time but he says no

The Game was available in Stores for a short time and then got banned. The older Brother of my friend bought the game and i got it from him.

Okay maybe my brother and I are both right than hahaha

Ah man, where to begin? 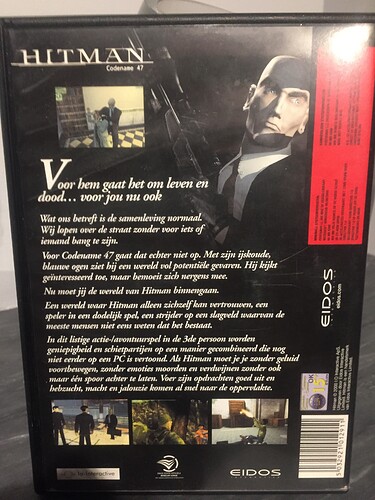 It began with seeing this. While I’ll probably never use the CD-ROM again, this box (and the manual that’s inside) are positioned in my appartment in such a way that I can quickly reach it in case of a fire. Hitman: Codename 47 was love at first sight for me, and it all began with setting eyes on this box.

I only played the demos afterwards (just to see the differences) and my cousin once showed me a half-hearted playthrough of The Lee Hong Assassination, but that’s not what sold me. I distinctly remember standing in the shop, and seeing that bald man strangle what would later turn out to be Dr. Kovacs from behind. Just like how the box says in Dutch: a game that combines stealth and action in ways never seen before. It quenched a thirst I never knew I had. When reading the manual, which set the mood perfectly, on my way home in the car, I just felt this was going to be something special. And it was!

List of things I appreciate (this may be edited and expanded upon later in the case of unforgivable oversights):

I’ll stop here for now, but I have the feeling I’m still not doing it enough justice. What a game.

C47 was the first Hitman game I played (back in 2000-2001?) on our family PC, so it probably has the most fond memories & nostalgia of all the Hitman games for me. I still recall playing the Hong Kong levels for the first time, as well as Traditions of the Trade and loving it. The Colombia levels have gotten a lot of flak I guess, but at least I liked SHTMLF right from the get-go, even if the other two Colombian levels are a bit crappy by comparison. The jungle soundtrack was at least very memorable (well, the whole game’s soundtrack obviously

). C47 overall was basically the game that set the foundation for future Hitman games, so can’t really fault it in that sense. I might indeed be a a bit blinded by nostalgia, but perhaps along with H2:Silent Assassin, I would say C47 recalls the most fond memories for me over the whole series. I’m certainly not saying it’s necessarily the best in the series, and probably has aged quite a lot by modern standards… but whenever I think of it / replay it, it takes me back to those days of the early 2000s.

P.S. Out of the first three Hitman games, it also works straight out of the box on my Win10. 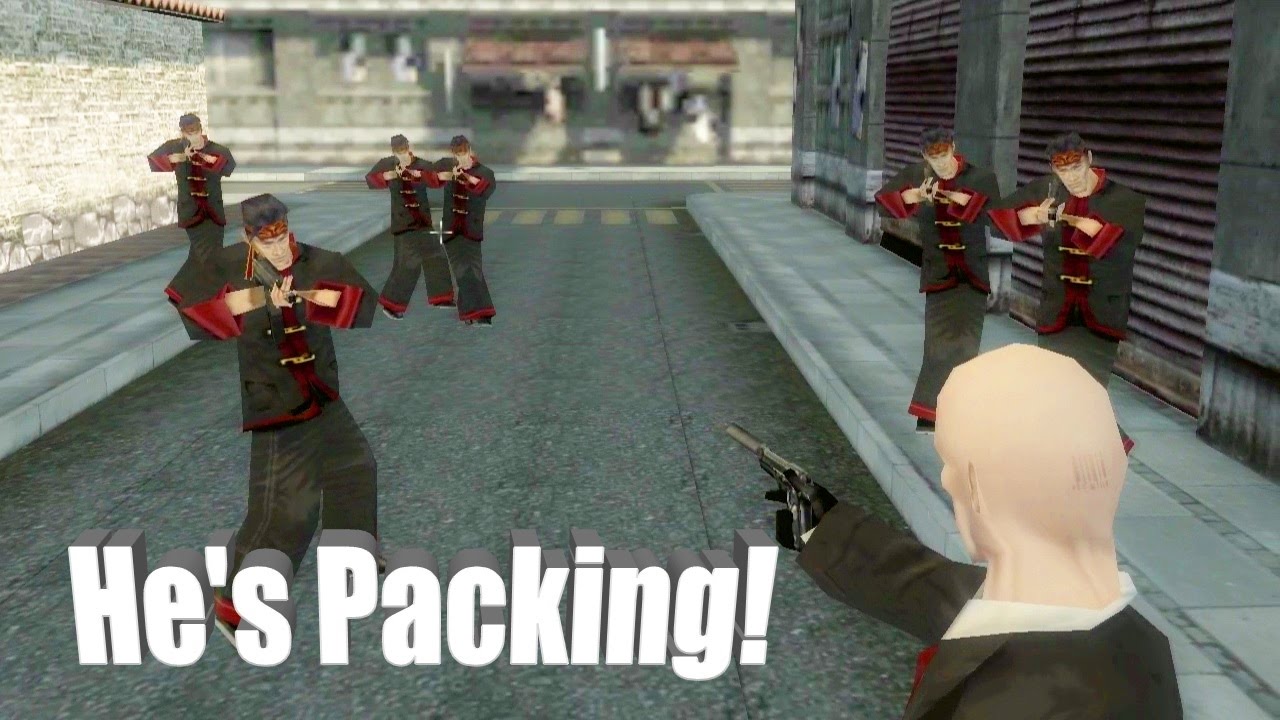 I wholeheartedly agree with everything you just said. C47 is a great game and works just fine. I love coming back to it.