The community featured contracts for the season of wrath have been released. The contracts were selected by three IO Interactive Developers from the Hitman Team and creators of the previous batch of FC.

Congratulations to @Canucklehead , @Heepo (Georgikens) , and @Hichkas !
You can congratulate them here, discuss the contracts and post your runs.

And manage your anger (but not too much)

Valentina Yates feels only anger towards her husband due to his involvement in ending her career. She wants to ruin him as she leaves him. She has learned Don holds a single vote advantage over Burnwood for Constant and has decided to tip the scales in her favour. She also does not want the winery to continue and sanctioned two very key employees. And to prevent retribution, she wants his fixer, Corvo Black, eliminated. All must be done while she escapes. Hell hath no fury like a woman scorned. 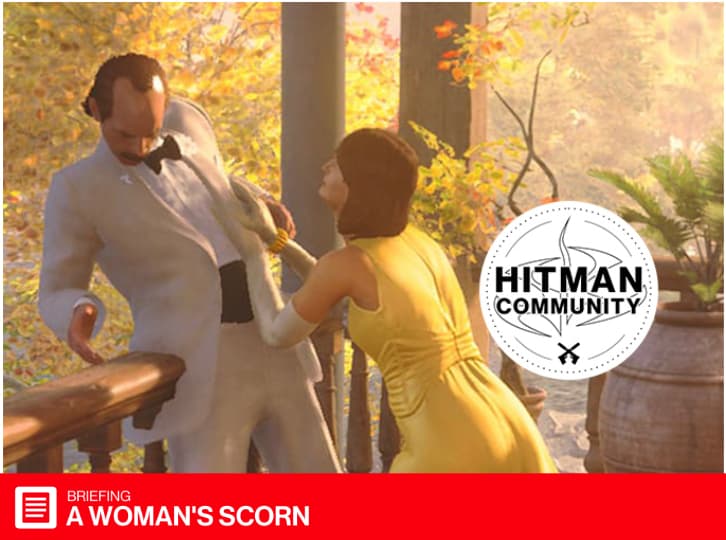 Hey, 47. Our boss Boris ain’t too happy right now. He’s just heard that Rolf Hirschmüller at the Club Hölle in Berlin is trying to get into the gun trade. Wants you to take him out. Two of his cronies too.
He said they’ve been selling weapons behind the club. Try not to whack any of the bikers, boss is hoping they’ll migrate over here.
He wants you to grab Rolf’s baseball bat, should be in his office.
Good luck, I’ve heard he’s serious about his security. 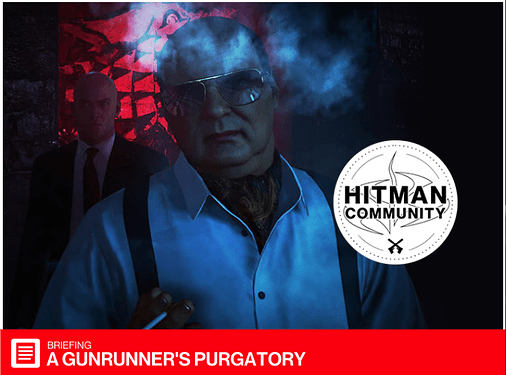 Greetings, T-47. I have some juicy intel here. We have found Sarah Conner’s grandchildren under disguise in Chongqing, China. They are planning a wrathful war against us in the near future; So, rise and kill first! Don’t forget your Shotgun. 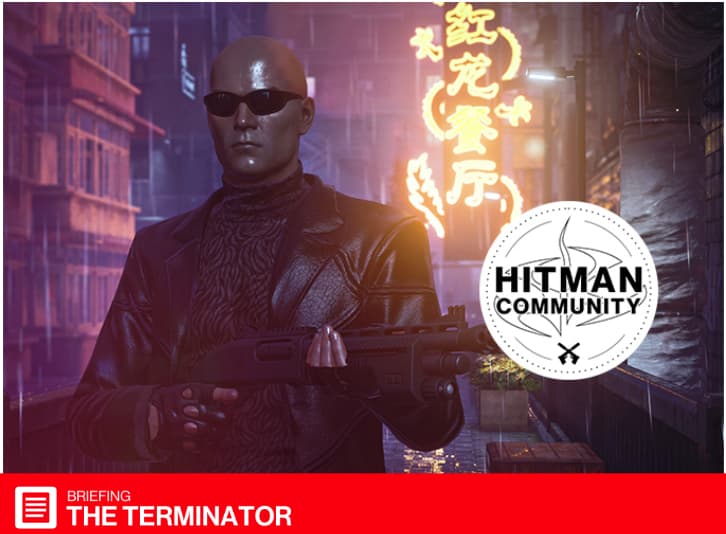 This featured contract batch includes the 70th featured contract released on a HITMAN III map. With it comes the possibility to complete the Featured Contracts - Track 2, Tier 8 challenge and to unlock a brand new item : the Professional Screwdriver. 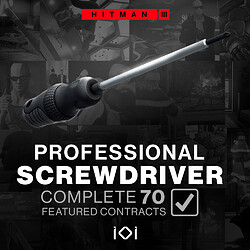 And for all of us that were not selected, a new community batch is more than probable for the next roadmap in december. I do not know if a theme will be given, but nonetheless

I’m certain we will find a bunch of people to put on 47’s naughty list. 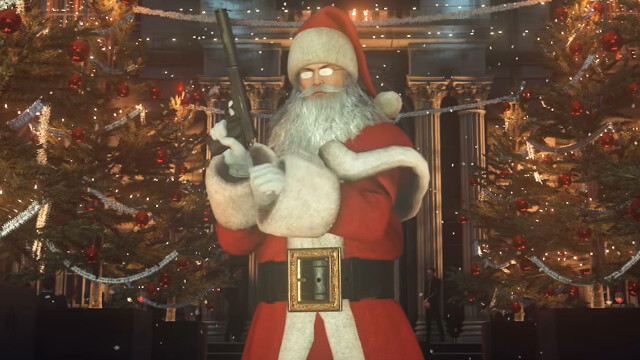 Holy f**k I got selected! Thank you IOI, and hope you guys enjoy it!

Edit: Congratulations to @Heepo and @Canucklehead as well.

Wow @Heepo (Georgikens)! Two sets of Featured Contracts in-a-row. I don’t know what I did wrong with my contracts, but congrats. The developers must really like your contracts. Congrats to @Canucklehead and @Hichkas. December is around the corner, so I may need to find some time to play more Hitman 3 and make some very festive contracts. I have been playing one or two particular games more often than others. If you’re on Xbox, I’m pretty sure you know what that one game is which is VERY popular. Hopefully this time we can use any map from the trilogy, not just Hitman 3. I wonder who will be on my naught list for December this year, especially since December is also the time where I celebrated my 1st year of playing a Hitman game. Afaik also the only person so far to have two FCs in the H3 batches.

Congratz & to the others!

@Hichkas, this is a representation of what my 47 is doing at the moment.

I’m enjoying it. I’m sure it can be made easy with a silenced shotgun, but with the sawed-off Bartoli I’m having a blast. (so do the targets, but you know, of a different kind)

(also, good choice of targets, they have interesting placements, some fun opportunities and the route planning. It’s not the most subtle of contracts, but it’s good to have one like that, it’s refreshing)

Just for fun : I would recommend anyone to try to play the contract by walking only. Like a certain android.

This one I was expecting because of the cool picture.

) to not be selected but there is only 3 spots and there will probably be more opportunities over the next 12 months so I can’t be too angry.

I’ve only played The Terminator so far. It’s a little easy but it has a great flow to it. I’ve done it loud and silenced, it’s quite fun both ways, and (as of 9:15am on the east coast) I’m on top of the Xbox leaderboards so

Thank you, this is a pleasant surprise. Congratulations to Heepo and Hicknas, I look forward to playing your submissions.

Some background on the contract. The targets were originally planned for previous themes that I never got to creating and submitting.

Flower and Vargas were intended for a contract in Gluttony called “A Day of Swine and Roses,” but I couldn’t get appropriate targets for poisoning and it just wasn’t working, so I aborted development. But I did like the idea of them as targets as they are an excellent pairing (wine double entendre fully intended).

The Heralds were for an intended contract for Envy, playing off of the Yates-Burnwood rivalry with targets assassinated in either the suit or as Corvo with other Herald targets (I liked the two pairs and splitting them between the two suits). But the earlier submission deadline while I was on vacation meant I couldn’t flush it out in time for submission.

I guess good things come to those who wait. I feel proud of this contract and knew I had a good story for it once I combined elements, the sum definitely greater than the parts.

I hope everyone enjoys my contract, I can’t wait to see some of the play-throughs.

Congratulations to everyone who was chosen. I can’t wait to play then when I get home. I haven’t had chance to look at anyone’s contracts this time round so they should be a good surprise.

congratulations to everyone who was chosen, I’m sorry i couldn’t enjoy yer contracts, I hope other people can enjoy them though Congrats to the winners! I’ll test them when I would get the time

Totally forgot about the rooftop exit. Saved 20+ seconds on the original run.

Congrats @Canucklehead , @Heepo and @Hichkas ! Can’t wait to play those contracts this weekend!

I played The Terminator two weeks ago, when it was not featured yet. It’s a fun contract, I’m glad it’s featured now. TIL you can do that bit at 1:30. This would’ve been useful in some of the contracts I’ve played in the past.

Congratulations to the three creators! I really wanted the professional screwdriver, and these contracts took me half an hour to get through!

The Terminator has got to be one of the best FCs we’ve had recently (in my opinion, probably different than others!) The targets were cleverly placed, and I’m a sucker for shotgun contracts! It was also fun routing it, and I can approach it in multiple ways!

The other two contracts were suit contracts which are debatable in my eyes. However, both of these contracts did it well!

Gunrunner’s Purgatory was really cool! I liked the targets, each placed in a difficult-but-not-to-the-point-where-you-want-to-pull-your-hair-out way! I was taking my time, and I accidentally ran into half of the ICA Agents. Beautiful reference, nonetheless!

A Woman’s Scorn had me worried. I’m not a fan of more than one complication, and the time limit always stresses me out. However, I did enjoy killing Corvo, Gabriel and Kenneth. (Made use of the Serpent’s Tongue!) I dislike killing the Heralds because I have no efficient way of killing them without an impatiently-placed rubber duck. That’s just me, though!