The community featured contracts for the season of envy have been released. The contracts were selected by three IO Interactive Developers from the Hitman Team and creators of the previous batch of FC.

The picks were made by :

You can congratulate them here, discuss the contracts and post your runs.

And be Second to One.

All of these people think they are the best at their jobs, but anything they can do you can do better. Prove you are the best at it all. The only thing you need is the right outfit. 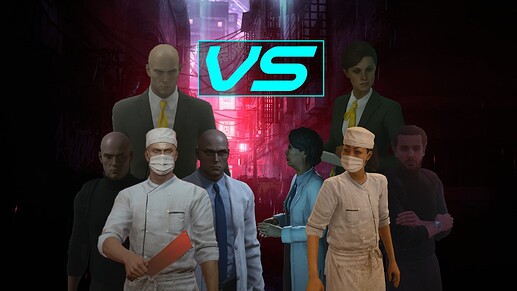 Hello 47. Your targets are Ingolf Maurer and Charles West (Micheal Beyer). Maurer is holding an illegal identity auction at the Sündhafter Puls event at the Club Hölle. Just this evening, he has purchased Beyer’s identity and is now celebrating at the club. According to Mike Beyer’s mother, he has taken his own life after having his identity stolen and all his bank accounts drained. She requests both Maurer and West to be eliminated in the same way Beyer was. Nobody else may be harmed. 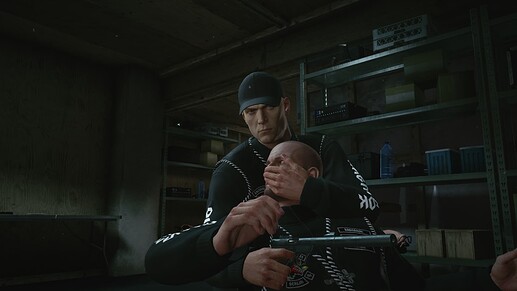 Zachary Carlisle was a good garden designer, and the gardens he designed were highly regarded in the community.
However, he was murdered by people who were jealous of his talent. The four murderers are Olly, Henry, Edith and Jake.
In addition, Phinas used a cover story during the investigation to give the perpetrators an advantage.
A Zachary friend has asked us to take revenge on them. This time, your mission is to eliminate the criminals and then blame their crimes on the Phinas. 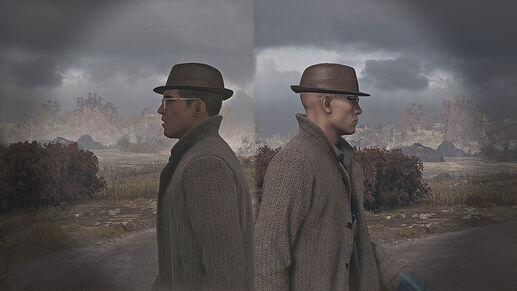 so glad to leave my mark on this amazing game. hope you all enjoy it!

And for all of us that were not selected, let us feel that anger, give in to it.
It will give us focus to enter the dark side make great contracts for the upcomming Season of Wrath. And @Heepo, I remember playing your contract during the submissions, it’s a deceitfully simple contract, quite fun to figure out (especially if you try to not use the sieker) but still open. And the targets are originals.

Just everyone : be wary of the “pistol elimination” : it’s the one with the prompt from behind, not with free aiming, that’s the twist of the contract.

i’m glad that one was picked, it was my favorite gameplay wise. its fun without seiker.
if you think pistol elim was confusing, be glad I didn’t do dak x2 covert melee!

Yep, I remember that throwing a coin to wake the second target up and make him turn his back to you can attract someone from outside and that only the rugermeier doesn’t alert everyone in the bathrooms.

I guess that why it’s visible in the contract image.

Well that’s exciting. Thanks to Ross for picking it! Well done Heepo and Hamushi (and all the other submissions). Hope everyone enjoys it!

Hope you’ll enjoy the 3 “winners”. Can’t wait to get the blog post up. Might do it as a forum thread - so we can interact on the content

That would be great! i’m excited to hear what they liked abt my contract.

Congrats you guys, I’ve only played Crime of… and it was great.

@LandirtHome yeah, not mad about not being picked. I made mine more of a test if anything

Since this game is based on Wrath, those will be tough to decide. I enjoyed this contract a lot as it proved to be quite a challenge. After playing it a couple of times, I managed to do it in 3:38.

Sorry, I have to say it, but the Crime of Envy briefing makes no sense. The identity theft victim killed himself by shooting himself in the back? Twice?

this batch must be a joke… all three contracts have “No Pasifications” restriction ?
oh come on, also these contracts are linear and unreplayable…
no pasification cannot make your contract hard! it makes bad!

even latest IOI Dev Contract were so much better.

have fun with this! 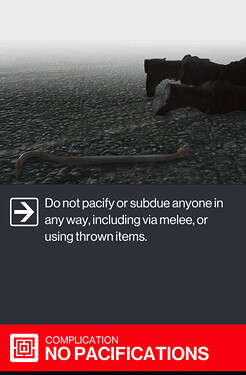 This contract needs “No Pacification”, otherwise it is too monotonous. “I don’t like this particular thing, therefore it’s objectively bad!”

Come on. If you’re gonna criticize, at least make it constructive.

Congrats to the guys whose contracts were picked.

Tranq glitch works on bodyshots too? Since when?

Since you take shot quicker.