Could you kill anyone anywhere in Hitman and get SA?

I’ve been kind of off Hitman recently and I think it’s because I can’t consistently enjoy it. I’m unsure if I like playing it as a sandbox or a stealth game, and am starting to get frustrated at how difficult it is to get anything other than scripted kills SA.

I think my point of frustration is twofold: I find the quirks of the AI frustrating and I don’t have much creativity. Like I hate VIP behaviour but I also hate that personal bodyguards have VIP behaviour of their own.

And I’ve trying to watch speedruns and it seems most of the kills I come up with have been done, or there’s more convenient kills so what’s the point? Has everything been done? It also seems that whenever I watch speedruns they always do specific things, like the smoke in Mumbai or fireworks remote and that just makes me think that outside of mission stories maybe there’s not that many things to do.

So I’m wondering. Is it possible to kill a target, any target, at any point of their route with any method? Is coming up with new kills possible? And is it possible to have fun with the rating system and not just view it as the bare minimum of what constitutes a “good” run? I feel like I’m having an existential Hitman crisis, and need to take a break or play it in a different way to rediscover why I loved it, but I’d love some expert opinions to ease my anxieties somewhat before I return.

I had a similar feeling in 2020. Then I remembered a few CJ videos

It made me realize that I am still a long way from those creative guys on YouTube. That’s why I love this game. Gameplay mechanics aren’t endless. But there is always some guy who finds a new cool route. And it’s great!
So I’ll try to answer these two questions.

Is it possible to kill a target, any target, at any point of their route with any method? Is coming up with new kills possible?

Rather yes than no

Funny, for some time I thought I was doing a certain story kill in Santa Fortuna correctly, only to realize I was doing it wrong the whole time: I did not know 47 could push the statue down. I always kept playing the drums in the band or having the statue blown up and falling down - on both Andrea and Rico.

I also managed to do Sgail’s Phoenix Ceremony the “wrong way” (without performing any of the sabotage - hence no cinematic plays) and it ended up with everybody cheering at the end too as my victim got burned to a crisp! 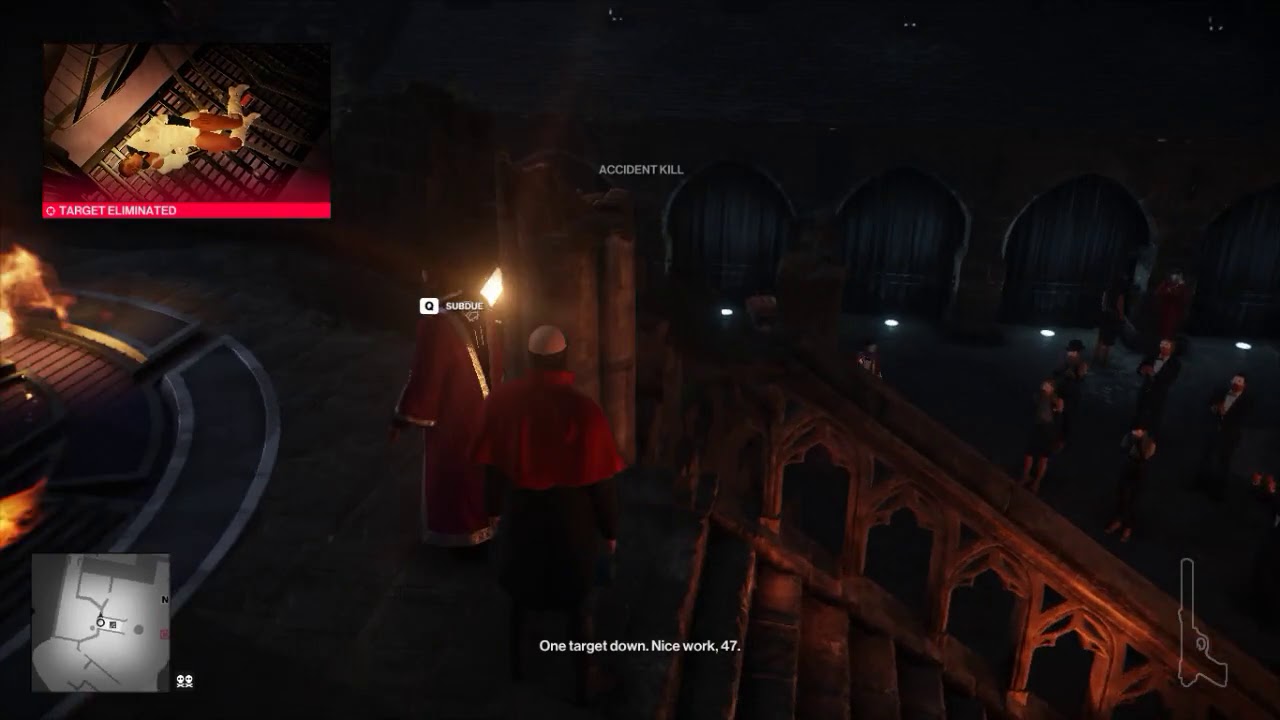 Don’t watch the speedruns, try to invent your own strategies. Also try to do new content on your own. For example Baskerville Barney (killing five targets in quick succession) wants you to think outside the box. There is an “easy” way to kill them all at once (but the randomness of it just makes it frustrating) or there are other vays. Speedrunners uses chandelieurs (or how is it called) but you don’t need to beat them. You can kill them in any accident possible. For me I knocked them out, tham throw them over the ledge and I find it funny. Or you can try to kill someone with banana (I am suspecting that new featured contract from MinnMax will include some banana mechanics). Also like the above one mentioned - CJ is clearly showing that there are multitude of methods on how to kill the target and still be silent assassin.

Yeah. The real way to experience this is to just look at the thumbnail pictures of the Challenges and think: “OK… How do I do that?”

You’ll usually be surprised at how original your take of it is.

Or you can try to kill someone with banana

How did you kill with a banana haha

Same way you kill with a hamburger. 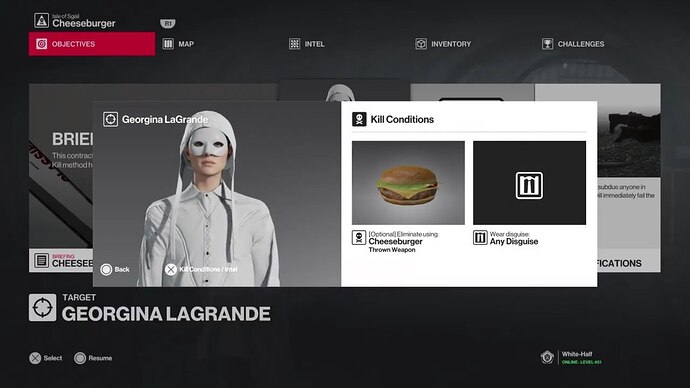 Remember: MAKE THE WORLD YOUR WEAPON!

It also seems that whenever I watch speedruns they always do specific things, like the smoke in Mumbai or fireworks remote and that just makes me think that outside of mission stories maybe there’s not that many things to do

Yeah the thing with mission stories is that they usually trigger the targets to go to specific places, usually either isolated or close together. Both of which make it easier/quicker. Do you have to do that? No, but speedrunners aren’t just looking for a way to do something, they’re looking for the quickest way. So if there’s a trick that speeds something up (like Novikov quickly running to the back of the palace instead of slowly walking through public areas) then they’ll tend to use it

I’d say your issue isn’t that the game doesn’t allow everything, it’s that looking at speedruns is really looking at a narrow band of what you can do. Speedrunners do amazing things but they’re still creatively constrained by always trying to get a quick time

So I’m wondering. Is it possible to kill a target, any target, at any point of their route with any method?

Other than impossible methods, like drowning your target while they’re in the middle of a dance floor, I’d say yes. Some may take more time and preparation than others, but it’s still possible

When you arrive at this frustration point of your “Hitman life” there are 2 things you can do to refresh te game.

The first one is just play something else for awhile and you’ll see that you sooner or later will want to return in Hitman because there’s no other games out there like this.

The second is just use some Hitman roulette to keep levels fresh and enjoyable trying to do some absurd kills while retaining SA And definitely best time is not what you have to do because speedruns are yes creative and fun but most of the time are limiting because you can do one dominant strategy and then is over while Hitman is a game where you have to create your own fun and challenges.

I like really chaotic runs while still retaining SA.

I haven’t taken my time with Hitman in years and maybe I should start again lol.

and am starting to get frustrated at how difficult it is to get anything other than scripted kills SA.

Me too. It feels like every cool kill opportunity in H3 main mission outside the scripted triggers and events is ineffective.
The main mission share (except Berlin) all the same:

The main mission therefore have limited replayability for me. So instead of playing the main missions and trying to be creative, i prefer playing and creating contracts.
The levels are full with NPCs that have interesting triggers, kill opportunities and give a good template for themes or unique challenges which need good map knowledge.
Contracts mode is still the best place for me to be creative and experiment with creative ideas and “outside the box” challenges.
Have you created or played contracts that you enjoyed in the past two games? If you want we could create a few contracts together, share ideas and discuss the process.
The community loves good contracts

Thanks dudes that’s certainly got me thinking. I feel a lot better now.

https://youtu.be/o9iwI0347zA And right after I make this thread CJ does the coolest shit ever. It’s good to see him back.

Wait, pushing someone down a ledge is an accident kill? Damn I feel dumb for not knowing that.

Maybe we should invent our own challenges. Like how about this :

Eliminate Janus at the Construction Site without pacifying him.

I love to play the game like Splinter Cell sometimes, but yeah I usually don’t worry about rating on those playthroughs. There’s something really satisfying about headshotting guys from the shadows, it’s a big reason I fell in love with stealth games to begin with.

I dislike it when people say Hitman is mainly a puzzle game.

I’d say your issue isn’t that the game doesn’t allow everything, it’s that looking at speedruns is really looking at a narrow band of what you can do.

Strongly agree. While I applaud speedrunners for their skill. My own nephew being a novice speedrunner of sorts (though he likes to refer to himself as more of a “weirdrunner”). Personally I get more enjoyment with strats that involve explosives, gas, and booby traps - especially targets being lured into killing themselves.

There’s a particular kill I’m angling to do in Dartmoor using the RFID Bomb (once I unlock it that is) that I think would be a lot of fun - for me.

RE: Thread title:
Could you do that in any game, really? There’s always a limit to where you can throw a fibre wire around your target’s neck, otherwise it would just be too easy.

In my book, the mission story triggers expand the target routes in a way no earlier game has ever shown. On top of that, you have fire alarms, target lockdowns, emetic tricks and dropped weapons that can make your targets and their bodyguards do all kinds of funky things.

You can also KO everyone and leave them in a big pile.