They had an additional cut mansion in the alpha.

They did? Where was it going to be? 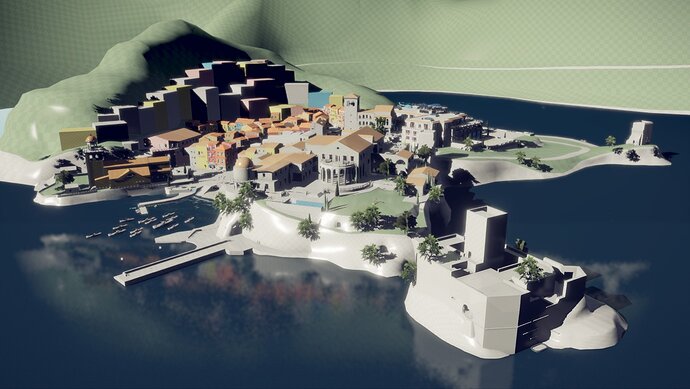 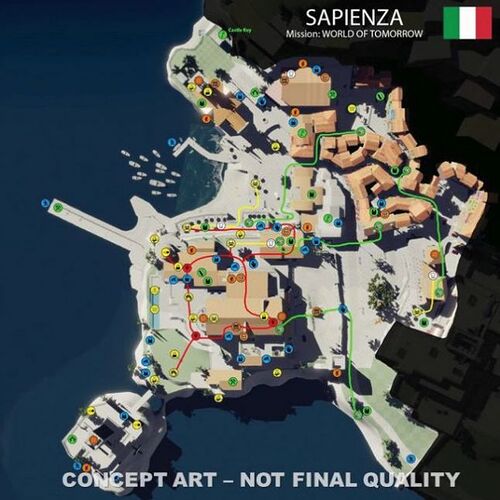 Right there! In the lower picture in the bottom right corner. In the upper picture you can see it at the right. Should have been behind the clock tower, and seemed to be massive. I would pay another 100 just to play these versions, seriously. Im very, very sure that this was the location of the photographer. And from the looks of it, this part of the map is the most fleshed out. I wonder why they cut it…

To be 100% right - this animation was cut from Absolution, as it can be seen in some trailer and in the game itself: when disarming a guard with a big weapon, 47 will start the attack while on his knees. (Even though he was standing before)

Reminds me of GTA3 alpha map.

Briefing video of the Alpha: 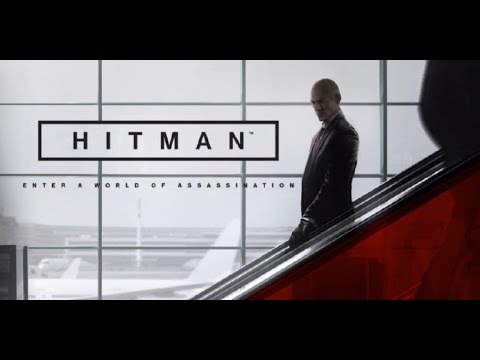 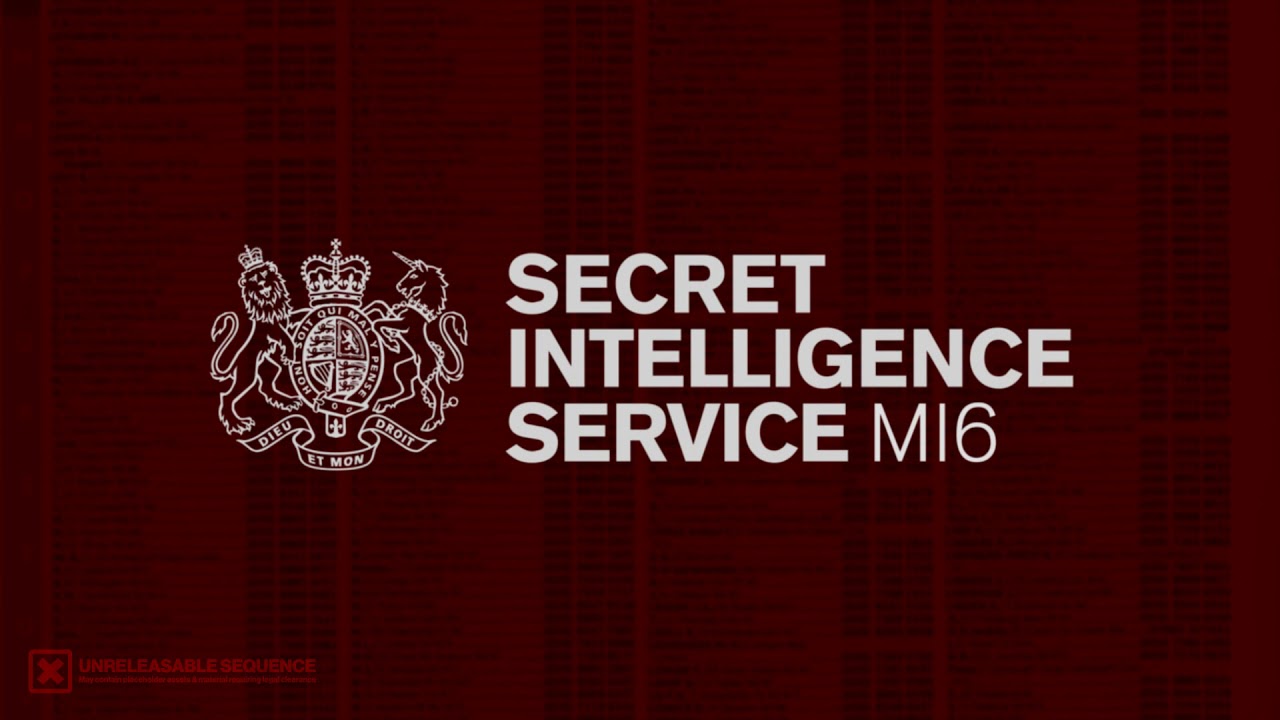 How did you get that out of the alpha? Is there any other content?
There is sadly not much I know about alpha stuff thats not from Paris.

Old Quickbms script had support for the beta RPGKs and I believe I used VGMToolbox for the video file.

Other differences observed in the Alpha (this post will be progressively completed - I do that to avoid the multiplication of small posts - but try to avoid very long ones).

No hint about evacuation
In the security room, there is in the final release a folder about evacuation of targets, the codes (Peacock and Cobra) and the location of the phone. This folder is absent in the Alpha. 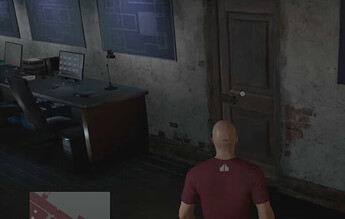 IAGO invitation
One invitation is located in the VIP parking lot. In the final release, there is a van where a lens is found for the unucky journalist. This van is totally absent in the Alpha, confirming that Rare Scoop mission story is not implemented in the Alpha. 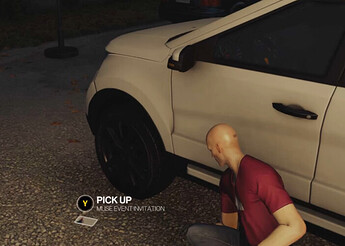 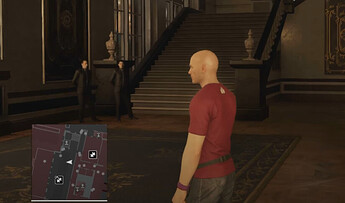 Palace Master Key
This key sounds absent in the Alpha. It’s not found at his location in the final release (in the basement).

Frisking
At the service stairs to reach the 1st floor, 47 needs to pass a frisk before climbing stairs. This frisk is removed in the final release and 47 climbs this stairs without being frisked. 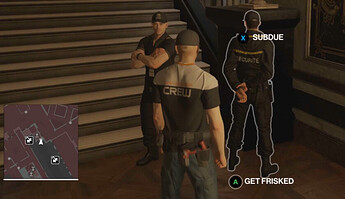 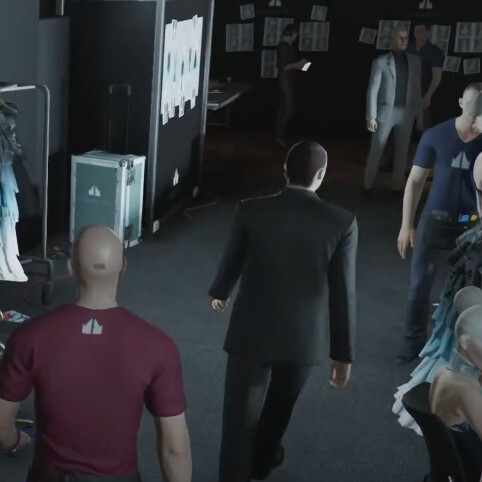 The assistant of Dalia is a regular auction staff. He was replaced by Sophus Fatale in the final release.

Pistol JAGD P2022
This pistol is the regulat pistol of security NPC. In the final release, they hold a Bartoli 75R.

Meal preparation on 1st floor
There is an additional table in the middle of the room where the auction staff is preparing some snacks for the auction. 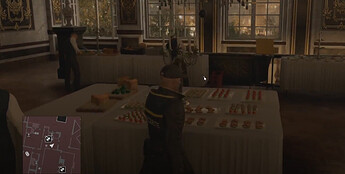 There are also two auction staff that are talking by the corridor. Once you come close to them, they start talking before taking the crates and bring them to the 2nd floor.
A third auction staff is present in the room where crate are located. However, he’s standing over the balcony before taking a crate. 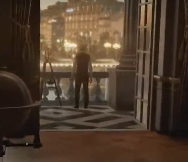 Scaling over ledge
47 moves quicker over ledge compared to final release. This is implemented again in H3. 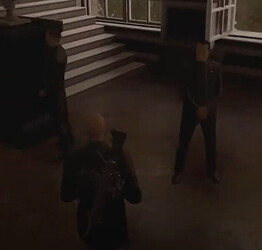 Fireaxe
Open the case where the fireaxe is found is considered as illegal in the Alpha. That’s not the case in the final release. 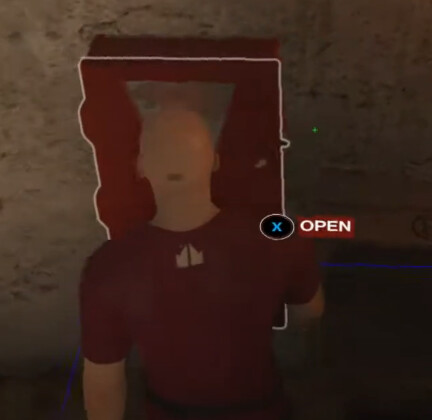 Ammo
You recover ammo for a specific weapon just by walking on it. In the final release, you need to recover them by pressing a button (to recover the weapon).

Fake surrender and human shield
It wasn’t mention before but when 47 is faking surrender, he grabs the nearest guard and takes him as human shield (like in Hitman Absolution). This feat was removed (as well as human shield) in the final release. In it, 47 can still fake surrender, but instead starts a fight with the guard.

The Silenced Signature Jaeger 7.62 PSG (that looks like the final Jaeger 7) will display the “Ave Maria” theme when aiming with it.
This feature was later reintroduced with the Sieger 300 Advanced (implemented with the Pro 2016 mode).

Source: HITMAN - The best Sniper Rifle of them all. - YouTube

Definitely keen to get a hands on the build myself, but you’ll find these of immense value for documentation: Wow very impressive! I didn’t even know that an alpha build of Sapienza, Marrakesh or Bangkok were still around.
Thank you for sharing this

According to a comment posted below the video “Part 2”, the closed alpha seems an earlier build than this. I will look later around to observe the differences between final game and alpha Sapienza.

The original version of Colorado definitely resembles some of the “leaked” concept art posted before, perhaps before its development scope was reduced and outsourced to Sumo Digital. 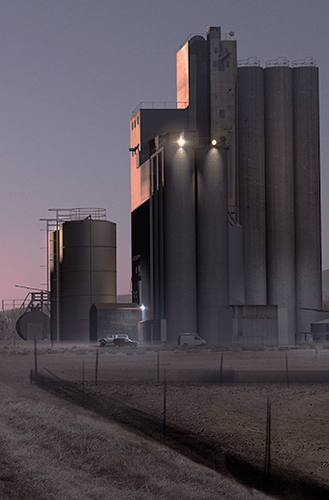 A shame, because it looks fantastic with new mechanics like retinal scanners in multiple locations. There appears to have been a dedicated shooting range planned too, which I’m still baffled at the lack of one in the WOA games so far.

to answer about Colorado also yes, it seems like IO had much larger plans on a lot of maps including Colorado, which became scrapped and remade into “Colorado 2” which is the map we know today
This is also an artwork from “Colorado 1” 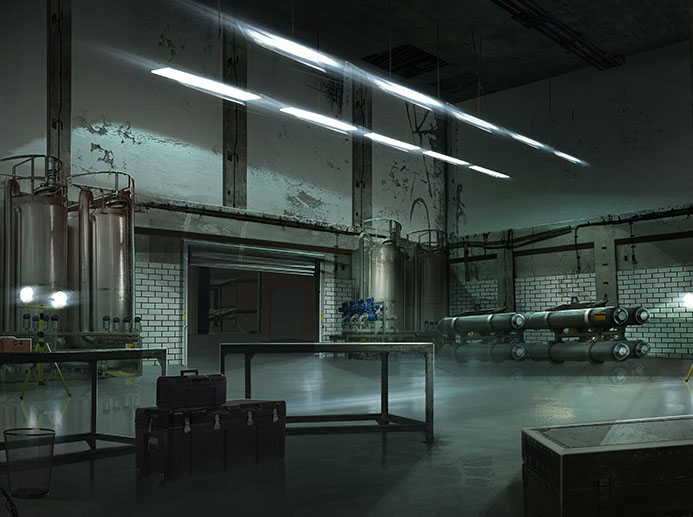 I’m dying to get my hands on these, if you ever get the chance, let me know please.

And that old colorado… I expected alot, but not this. I would love to hear its backstory

Damn… If the timestamps on the files of July 2015 are accurate, then no wonder the game got delayed and broken up into more pieces than originally announced. They were really behind to release the first three locations in December, with the remaining three coming January/February/March.

Other than Colorado, everything else looks pretty similar to the released locations, just with a few rooms removed.

Something that blows my mind is the fact that IOI planned to reintroduce the lift mechanic (for small crates) in Bangkok. A mechanic already present in the mission Dance with the Devil in Blood Money. It confirms the will of IOI to mix the gameplay mechanics of BM with the improvements of Absolution. 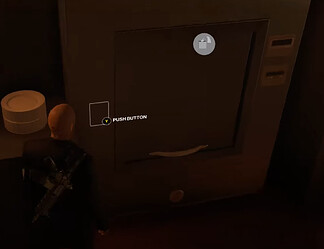 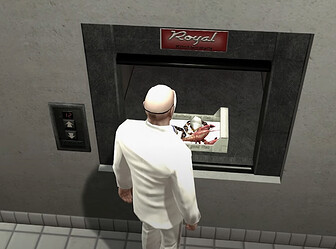 Yeah the game had a bunch of BM and Absolution features, they tried again with Hitman 2 but it stayed concept only

Also about that, IO started the game’s development in 2013, in late 2015 they only had very few left to do with the first three locations and Colorado probably took the longest rework, but it was still entirely doable