One of three deluxe edition escalations in H3. This one is set in Chongqing.

Quite a tricky escalation but very fun! Might be my favourite of the deluxe ones

I do like this escalation due to the diversity, but you know where to find the Golden Dragon for level ?

Yeah it’s next to the police chief

Thanks so much! Was searching for it before doing any target

Is the Dubai one a deluxe one?

There is a Deluxe one in Dubai (The Asmodeus Waltz). There is also a regular Dubai escalation too

Hm I missed the regular one then, that’s odd.

i really like the idea and the Red Dragon Suit looks fantastic, Stage 1 and 2 are also cool but man, fuck this 5 min. Limit.

Thats just not my playstyle, i like to take my time… i wasnt able to finish it yet, maybe i look up a Guide or something.

If only I knew there would be such targets, I would have purchased the Deluxe Edition

Can someone take screenshots of them

they are normal looking NPCs, its not like they made an extra Model of Lee Hong like he looked in Codename or Contracts. The Police chief is just a Street Guard, the Red Dragon is a Random NPC in the Lift and the Blue Lotus is a Civilian.
Tzun is the Bodyguard of Hush.

Also an Easter Egg? he is called “Mogwai Tzun”, a Mogwai is the cute Version of the Gremlins

Stage 1 and 2 are also cool but man, fuck this 5 min limit

Yeah, like the time limit on the cable car is alright (it’s annoying when you miss the shot and have to restart tho). But the 5 min limit is a bit harsh imo, even with my strat optimised I was only just doing it in like 4:30. When I make contracts with a time limit I like to get to the exit and wait for a whole minute before exiting, just so it gives players who aren’t bloody speedrunners a chance

i used this Strategy and it worked very well, no SA but who cares. 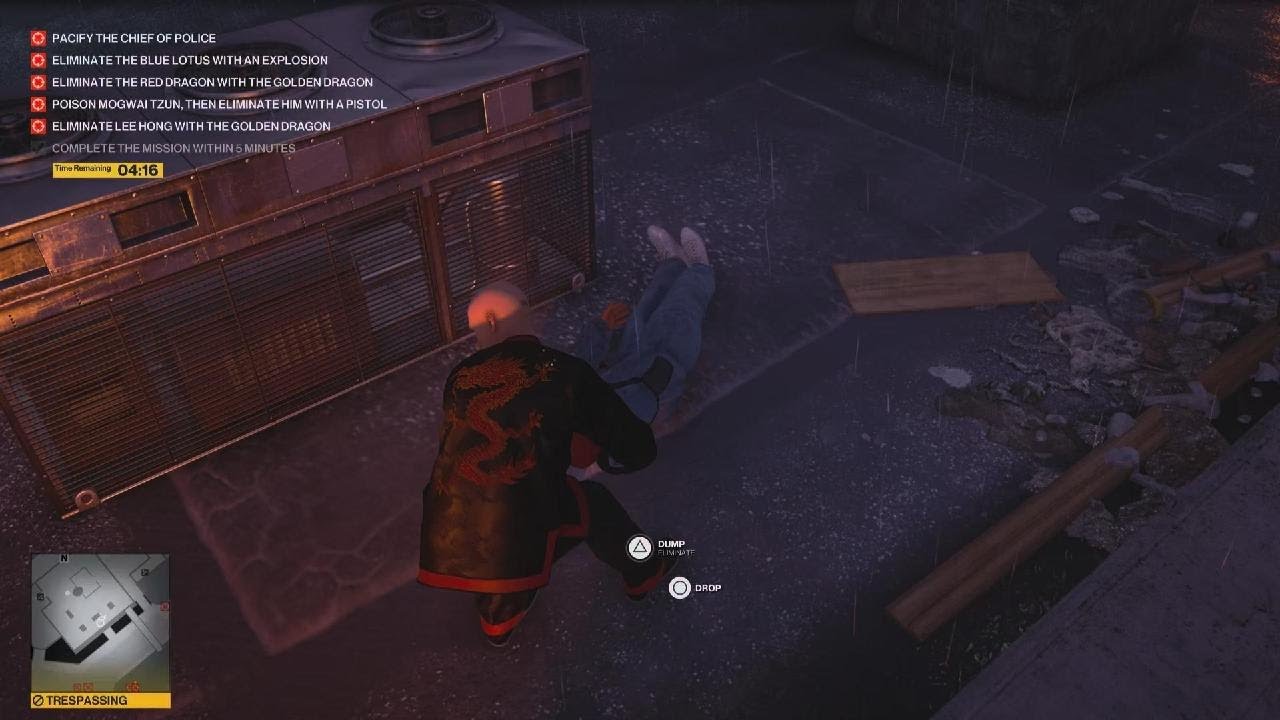 When I make contracts with a time limit I like to get to the exit and wait for a whole minute before exiting, just so it gives players who aren’t bloody speedrunners a chance

You are a good man.

Are you sure there is 2 currently for Dubai?

Heres my run for level 3. Run works for level 2 also since its the same as 3. https://youtu.be/7DFzwvZPLJM

How to make Absolclaw panic and look up guides online: Timed escalations.

Still probably my favourite of the three Deluxe escalations, but that might just be my bias towards Chongqing over Dubai and Dartmoore kicking in. and i finally learned where to shoot a bike to make it explode lol