Does anyone know how many npcs are in the H3 maps?

Does anyone know how many npcs are in the Hitman 3 maps? They look really vast so I am wondering which map has the most npcs? Is it Mendoza?

Need one of the modders to do a headcount, they can easily access the list of NPCs in the level. Notex or someone

Generally every map has a max of around 300 “real” NPCs, give or take. Then there’s crowd NPCs but those are harder to count as when they enter panic mode they start despawning

It probably has, but the dance platform in Berlin can consist more. Hard to compare.

I actually think that Berlin might have the highest number of NPCs, very large crowds both inside and outside the club.

but the dance platform in Berlin can consist more.

very large crowds both inside and outside the club

yeah i have no idea why i didnt think about the crowds haha. for some reason i only thought about the real NPCs

for some reason i only thought about the real NPCs

How very npcist of you. However are they not full NPCs those in the crowds? I have yet to unease mayhem on them, so I don’t know how they act in such a situation.

most of the npc’s on the dance floor are fake but there are a few real NPCs in there. theres this one lady who goes into the crowd and sits on the floor which im pretty sure is a safety hazard

If you walk up to her while she’s sitting she will ask you to walk her out of the crowd, but I can’t remember if she actually follows if you walk towards the wall.

wait really? the lady im thinking about walks out of the crowd by herself and then starts dancing near the sidelines. i’ll try to go up to her next time im playing berlin

Acoording to the Clone, Count, Mendoza problably has the most NPCs, explaining the total lack of unique NPC Models, though of course it could also have been rushed a bit, as much as I dislike to say that.

That would atleast explain some Things such as the unfinished Names of some NPCs, the wrong Pictures being loaded for NPCs, aswell as the General Clone Count, since no other Maps in the Game with the exception of Santa Fortuna is missing pretty much any unique NPCs whatsoever.

uhh are you sure? feels like there’s the usual amount of unique NPCs in Mendoza

Unfortunatly I’am sure. Yes, there are some, but basically no unique No Names. Heidi, Dexy and this Woman from Marrakesh I defenitly didn’t used as an ET, because Night Marrakesh had two of her. Then there’re of course the Key Characters like Corvo Black, Aron Ford Jr… and lastly the Providence Herolds.

If I’d only count that, it’d look a lot more grim. 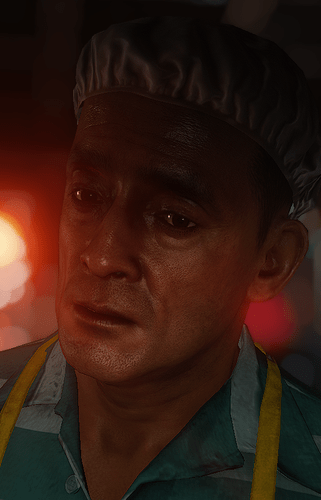 Flint Montay550×856 566 KB
The Face of Flint Montay, my first Season 2 ET For Example gets worn in Mendoza by: A Civillian in a Red Smoking, Multiple Gauchos, a Mercenary (Model) and even a Field Worker (Model), if with a added Moustace for some reason. I’m currently collecting NPCs in Chongqing, so I had did a few in Mendoza, before I entcountered the first Face Swap Bug. 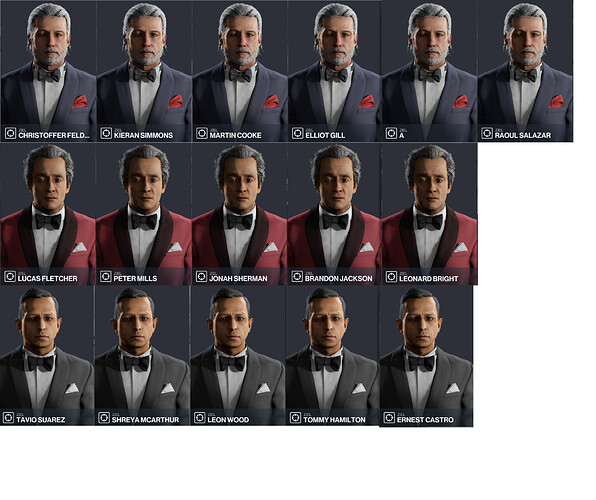 Well maybe not. I just loaded the level again to try and recreate it.

This time I turned the music all the way down and dialogue all the way up. She says “sir, please,” and then I think her other phrase is “its super uncomfortable here.” Probably just her “go away” lines, but the music was blasting when I played the level the first time.

Anyone counted them yet? I have a feeling H3 has less NPCs in the map series but I could be just biased and wrong.

It does feel like there are a lot less npcs than in Hitman 2. I think Isle of Sgail has the most npcs in the woa levels

It does feel like there are a lot less npcs than in Hitman 2.

really?? Mendoza has so many NPCs i feel like. but idk